Polaris stunned the high-performance UTV world yet again with the announcement of the 2018 RZR RS1, the first single-seat production RZR. Sporting the exact same 110-horsepower ProStar twin engine and suspension as the RZR XP 1000, the RS1 is surely no Ace, and it’s built from the ground up to race. In its debut race at the World Off-Road Championship Series (WORCS) opener in Las Vegas, the RS1 dominated the SxS Pro and Pro Stock classes with Ronnie Anderson at the wheel. Here are the top 10 must-know facts about the all-new $13,999 RZR RS1. 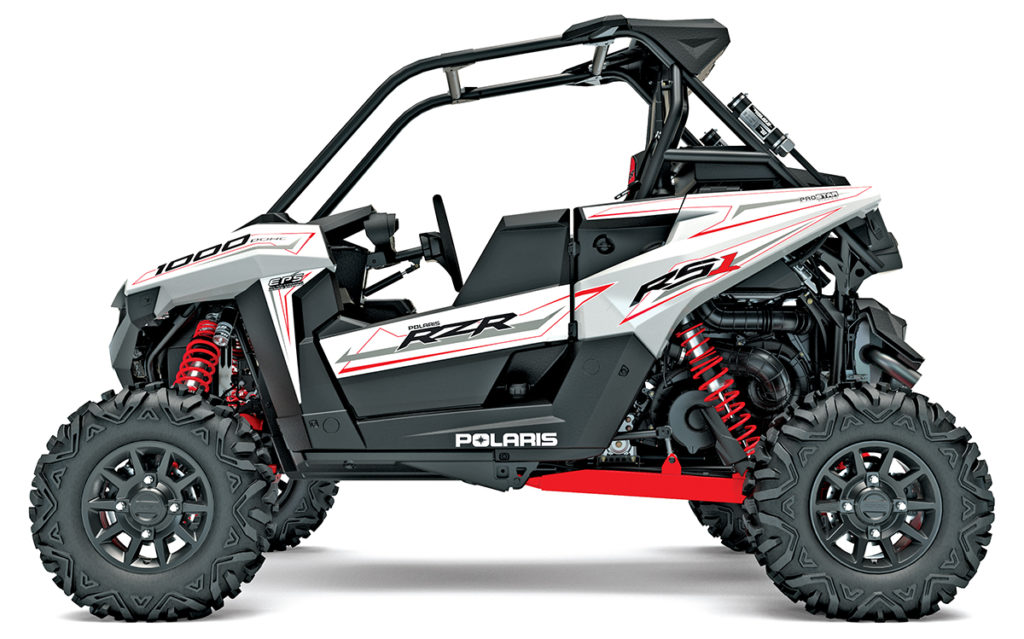 While the engine is from the XP1K, the front differential, primary and secondary CVT clutches, CVT belt and transmission are from the RZR XP Turbo. This is great news for racers, knowing the drivetrain can stand up to considerably more horsepower than the stock twin produces. 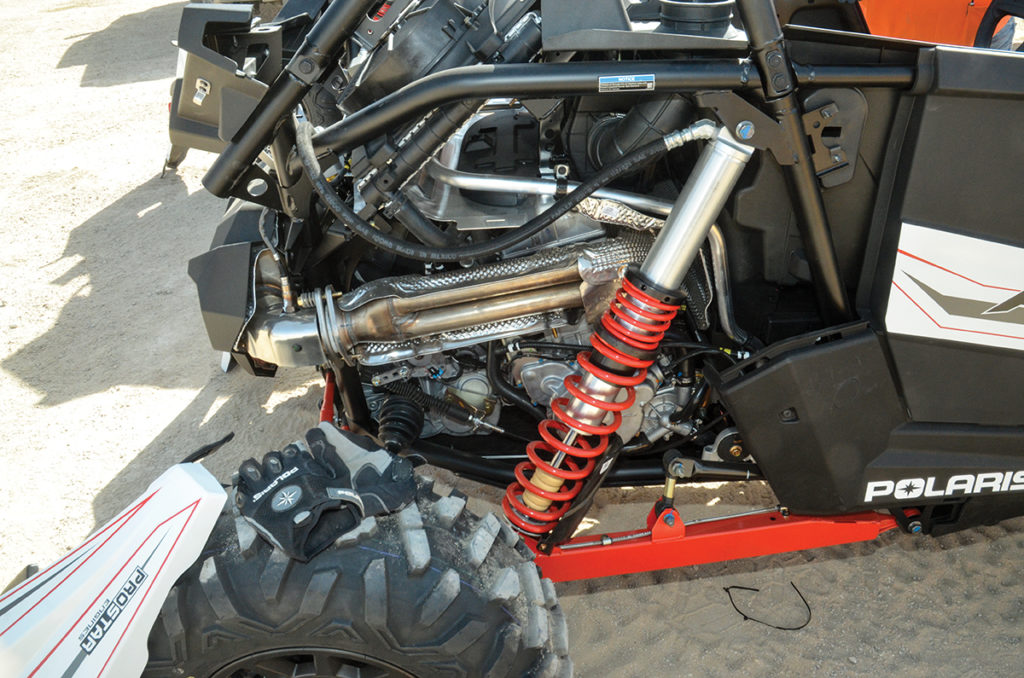 Although the single-seat bodywork is much more narrow, track width is the same as the XP1K at 64 inches, and so is travel. Walker Evans 2.0 piggyback needle shocks work with long A-arms to provide 16 inches of front travel, while the rear trailing arms work with WER 2.5 remote-reservoir rear shocks to deliver 18 inches of rear-wheel travel. Two torsion bars fight body roll. The aftermarket will only have to tweak spring rates and valving to perfect RS1 suspension action. Ronnie Anderson upgraded to WER Velocity shocks for his WORCS Vegas wins. Will Polaris offer a Fox and/or Dynamix Edition RS1? 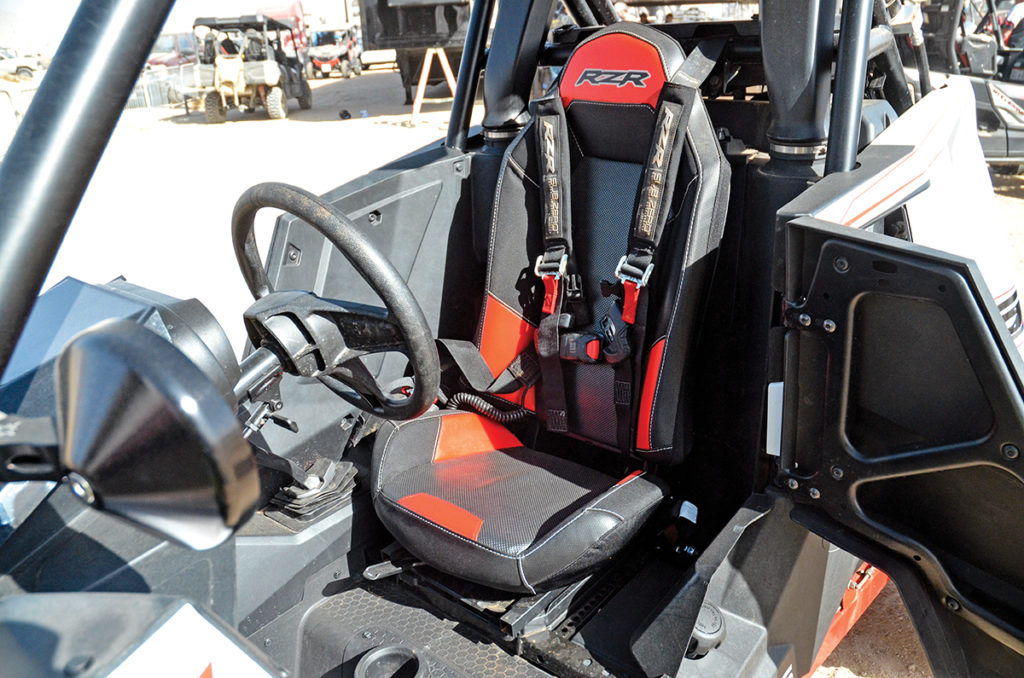 The RS1 gets a seat belt similar to the Rocks and Trails Edition RZR XP1K. The Sub-Zero four-point harness has padded shoulders and retains the ignition cut-out and seatbelt warning light if the lap belt is not attached. Add nets and nerf bars and go racing! 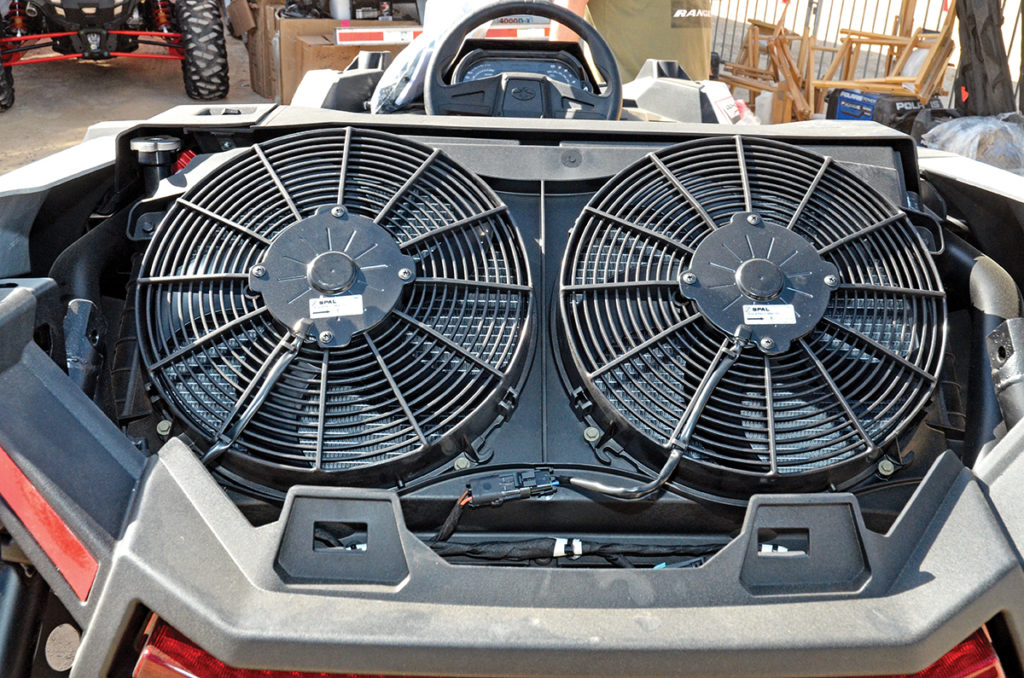 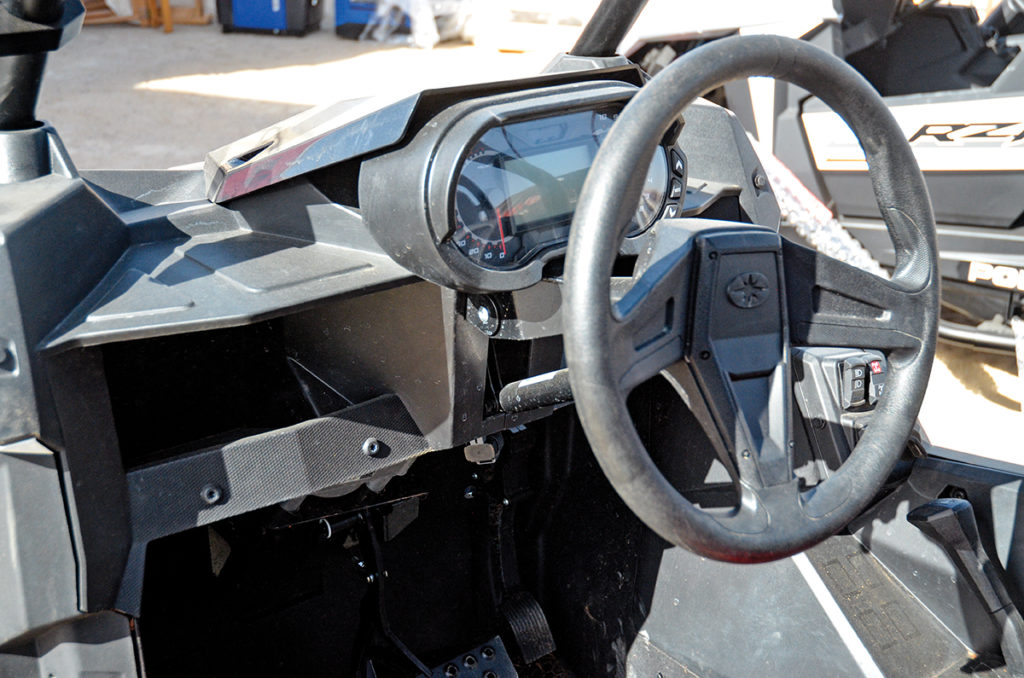 Entrance and exit by the cut-down half door on the left, and the ignition key, two light toggles and 2WD/4WD switch are on the right-side bodywork. A combination analog/digital instrument pod rides on the tilt steering column. Speed and rpm needles are analog, and the center LCD screen can be configured to display different parameters. The standard RZR seat is adjustable, and so is the standard RZR steering wheel’s angle. 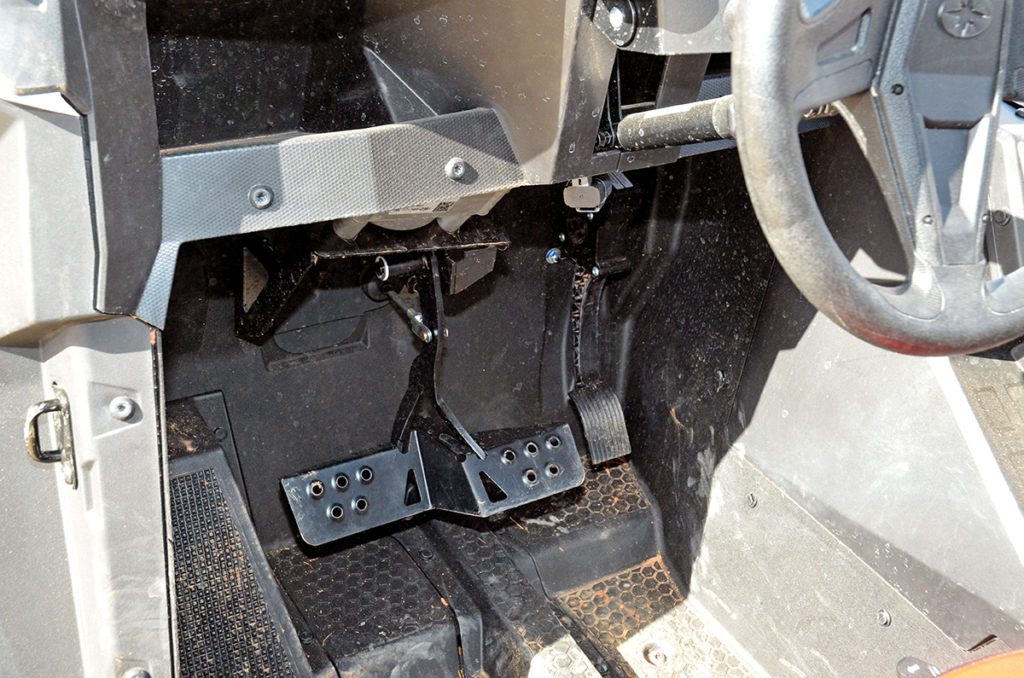 A special, stepped brake pedal is designed for one- or two-foot driving, like rally and formula drift drivers do. Three-time Global Rallycross champion Tanner Foust is even interviewed on the RS1 page of the Polaris website. While the XP1K goes into Limp mode if you use too much brake and throttle at the same time, the RS1 is programed not to go into Limp mode. 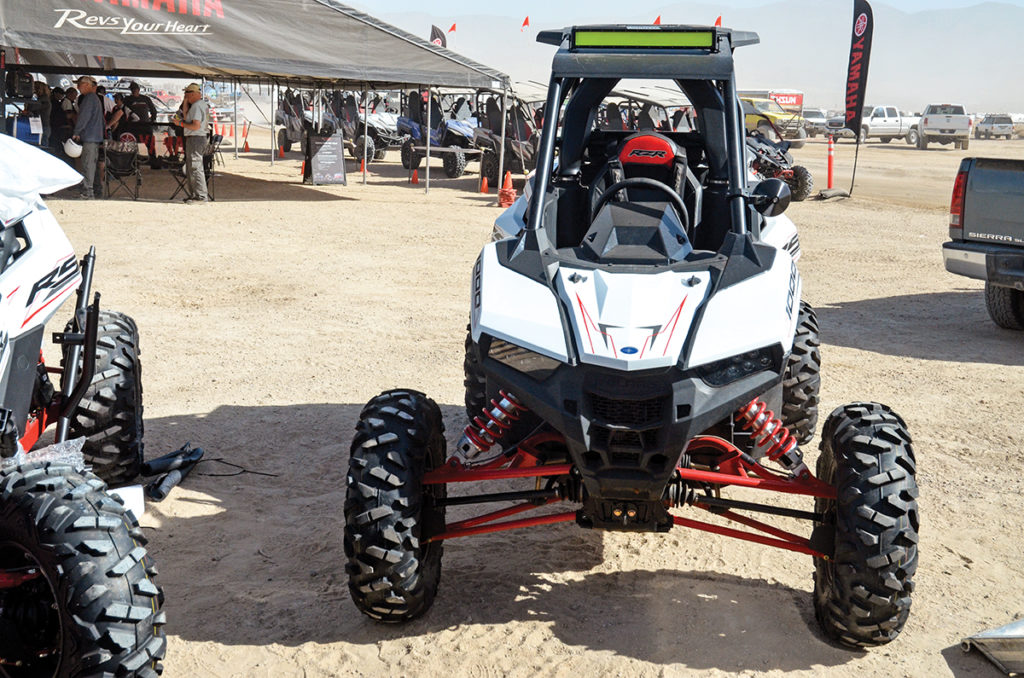 The 29-inch Maxxis Bighorns on 14-inch blacked-out aluminum wheels are straight off of the XP1K, as is the entire braking system. Twin-piston hydraulic calipers squeeze perforated 248mm brake rotors at all four corners, but there is no EBS, just like the RZR XP1K. Anderson upgraded to 30-inch BFGoodrich KR2s on WER beadlock wheels for WORCS. 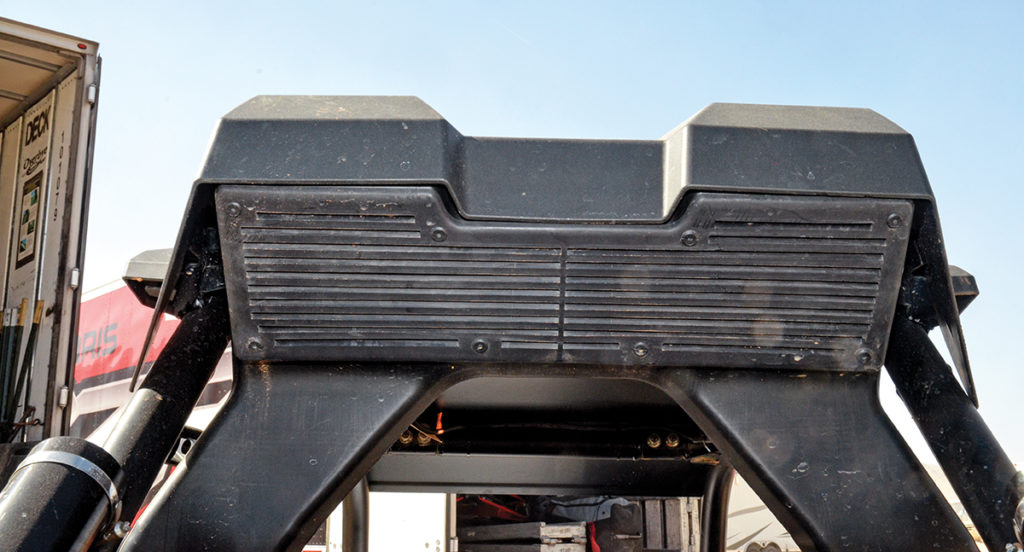 Integrated into the bodywork, plastic ducts for the engine and CVT intakes run up the back of the cage to the very top, so the RS1 can go really deep without sucking water, deeper than any OEM UTV. 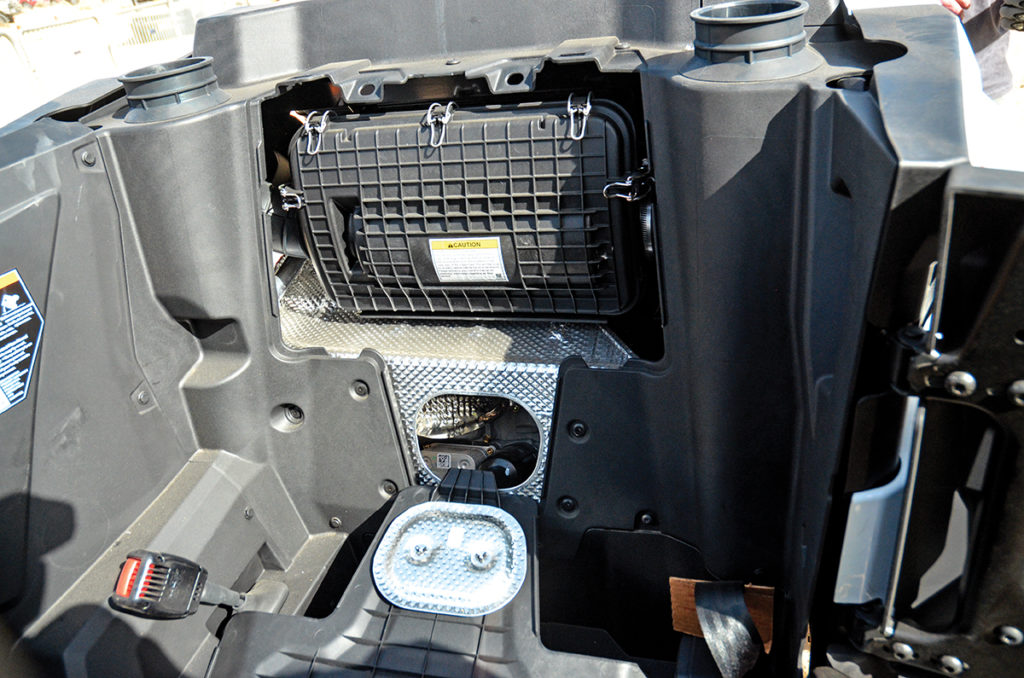 Like we said, the rear fenders are removable. Each is held on by two rubber straps and a latch like on the removable hood. There is a small storage bin under the hood, and a large panel behind the seat is removable to access the same airbox and filters as the RZR XP1K. The radiator cover is also removable by twisting two latches, and the top of this cover is actually the minimalist bed with four tie-down loops and has a 50-pound capacity. There is also a small cubbyhole in the dash for gloves and such.

We got a chance to test drive demo units at Hammertown and were impressed with the acceleration and agility of the RS1. Although it’s only 29 pounds lighter than the XP1K, it’s much more agile due to the 83-inch wheelbase, whereas the XP1K has a 90-inch wheelbase. Great, responsive power and a shorter wheelbase make the RS1 buck and kick sideways in desert whoops, but it’ll be a terror to two-seaters in GNCCs and short-course racing!

WHERE TO RIDE IN UTAH