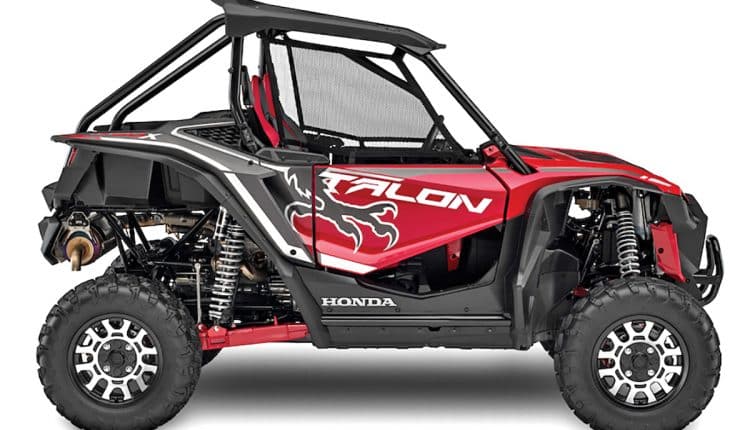 — After a closer inspection, here’s what we learned…

The hype and excitement of Honda’s recent Talon announcement has past. Prices are 20K for the X, and 21K for the R model. At this point, we have had only a short test drive that you can read about here: https://utvactionmag.com/what-its-like-to-drive-a-prototype-honda-talon-1000r-1000x/. Now, while we are waiting to get substantial time behind the wheel for further testing, we decided to do a little digging to find out even more about the machine. Here are 10 things we discovered that Honda’s specs don’t tell you. 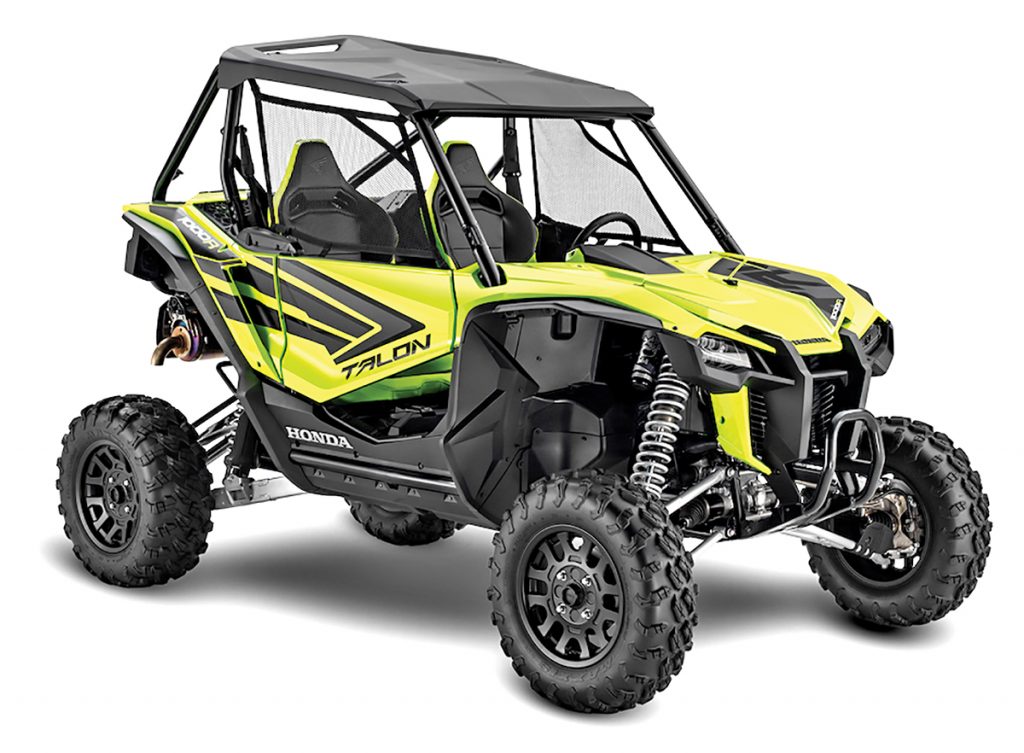 Both Talons use 15-inch wheels that are 6.5 inches wide in the front, with a 50mm offset and 8 inches wide in the rear with a 33mm offset. The X wheels have a machined look, while the Talon R has black wheels. They all have what Honda measures as a 4/136 bolt pattern. We have checked with several wheel manufacturers who tell us that the 4/137 bolt pattern wheels they sell should work properly. Can-Am’s X3 and Kawasaki’s Teryx use the 4/137 bolt pattern. Honda’s Pioneer is listed as using a 4/136 also. The wheel-stud holes on the stock Talon wheels are 14mm, and the studs are 12mm. 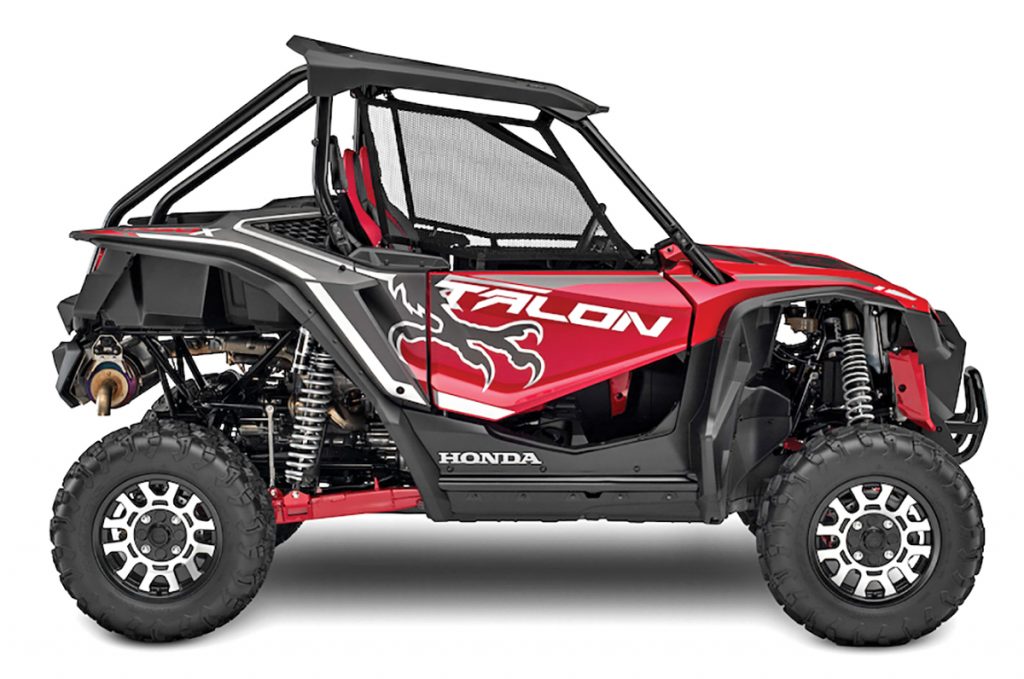 The Talon features 2-inch ROPS tubing which is bigger than any other UTV. Expect in addition to Honda’s own accessory lineup, there will be a host of accessories available from other companies, such as Assault and SuperATV, ready and available for the new Talon. 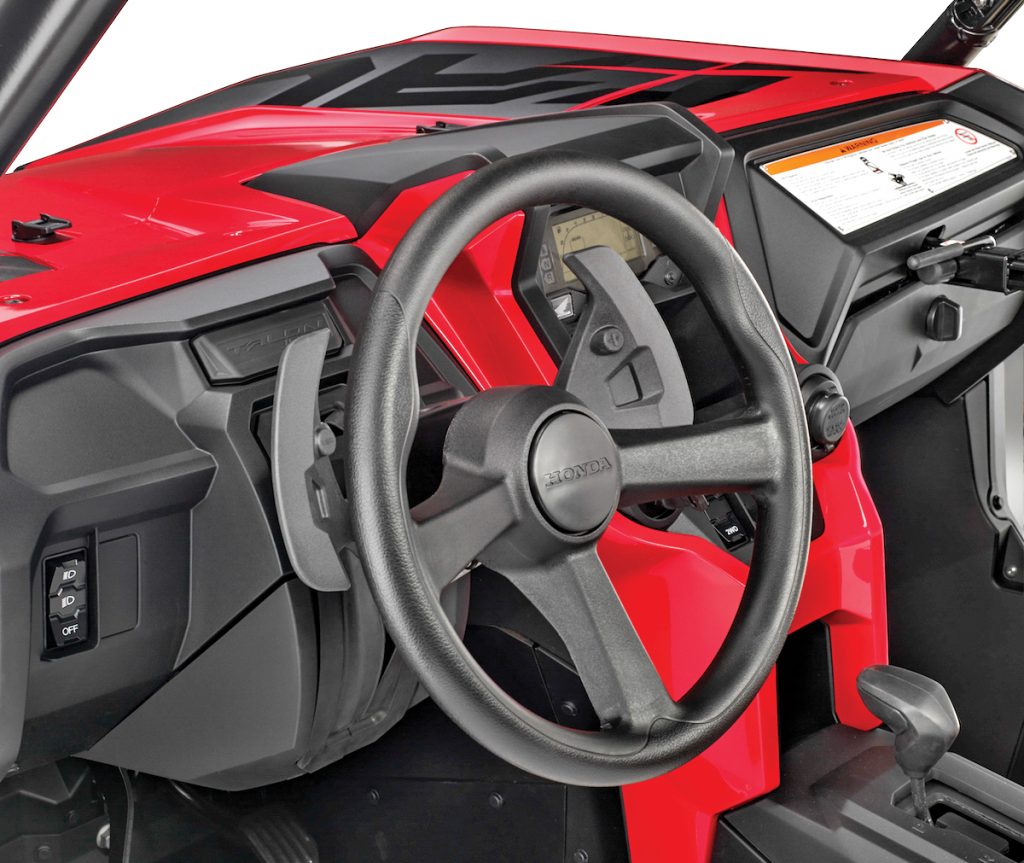 Yamaha’s YXZ1000R paddle-shifting SS model has a launch mode; the Honda does not. Launch mode allows you to rev the engine and dump the clutch at full rpm in a drag-racing or race-start situation. On the Yamaha, it works with this sequence. 1) Put your left foot on the brake. 2) Grab both paddles at the same time. 3) Push the gas pedal with your right foot on the gas, and build the rpm above 8000. 4) Release the paddles. 5) Holeshot! It’s possible that the feature could be programed into the Talon later. 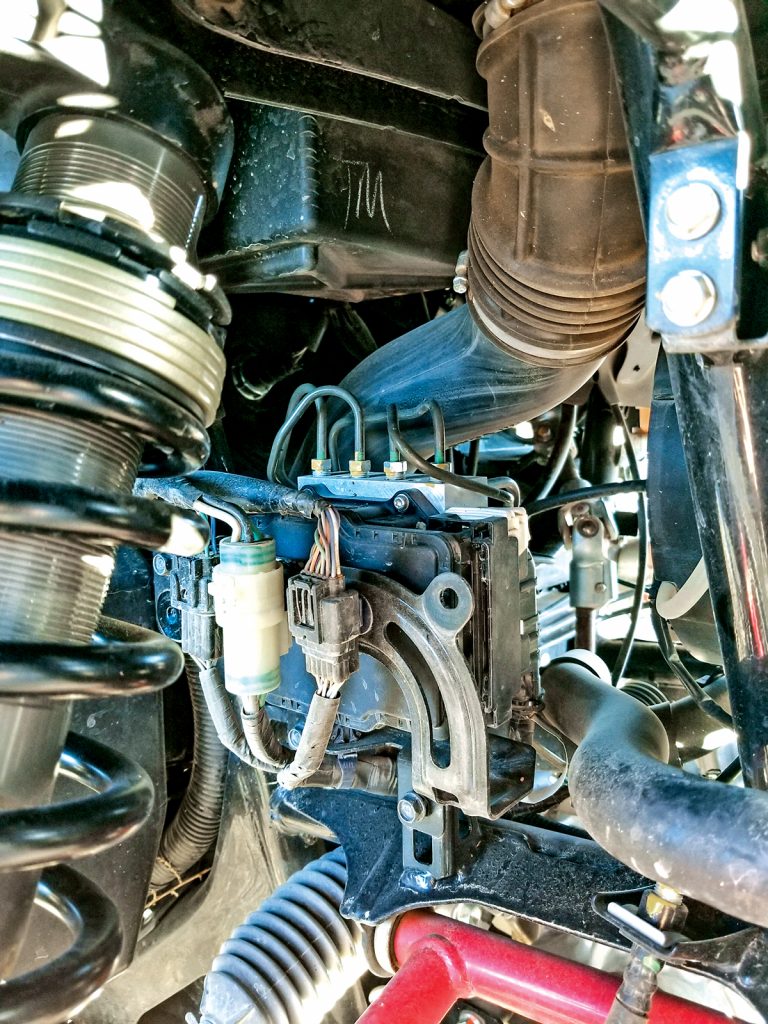 The Talon’s I-4WD system is basically a repurposed anti-lock brake system. Every brake line is fed into a control manifold that sits between the master cylinder and each wheel. Through a series of sensors, the computer modulates brake pressure on certain corners to give the wheel with the most traction more power. Unlike with anti-lock brakes, however, you can’t feel this working while it is controlling fishtailing and wheel slip climbing over rocks. In 2WD, the system distributes brake force from tires that have a light contact patch to the ones with more traction. 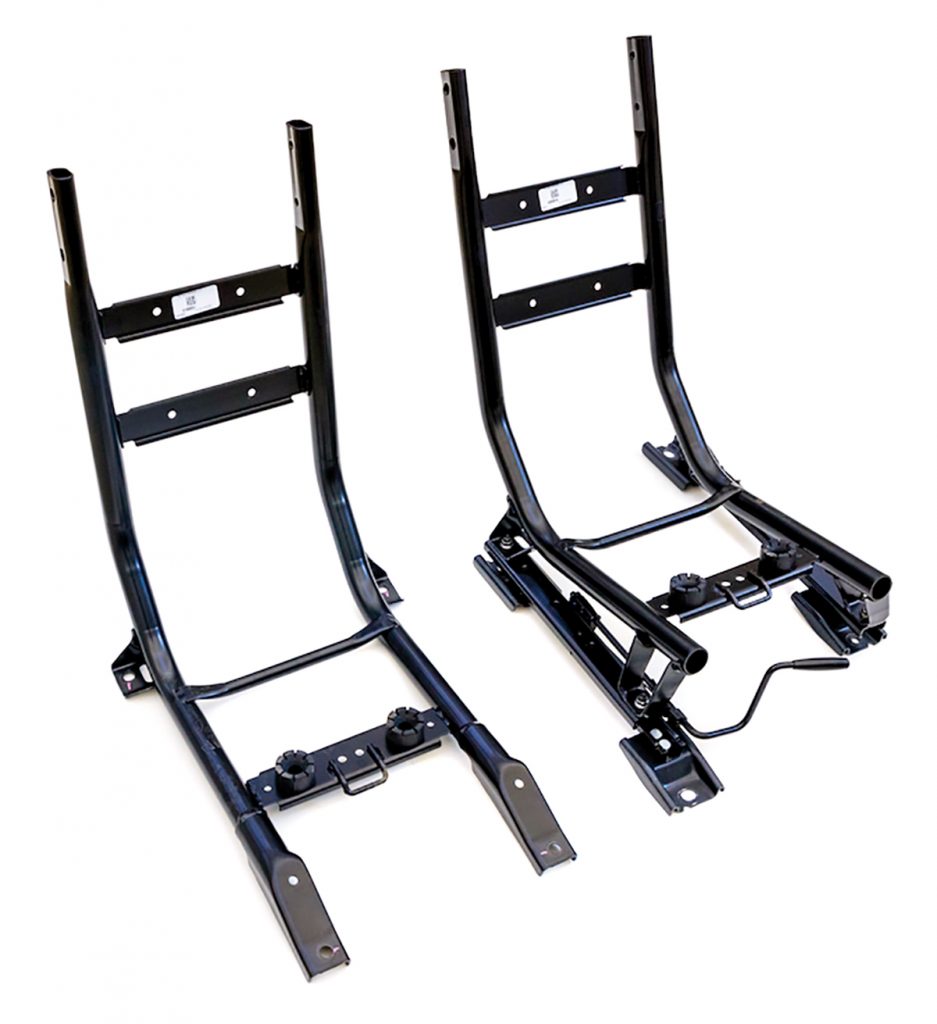 We like the size and style of the Talon seats, but only the driver’s side is adjustable. On the good side, we can say it’s the best sliding-seat roller system we have used in a SxS. We have not tested it dirty, though. The seats are not meant to be swapped side to side. The driver’s side actually sits on a frame, raising it up to the height of the passenger side, which is dictated by the fuel tank. 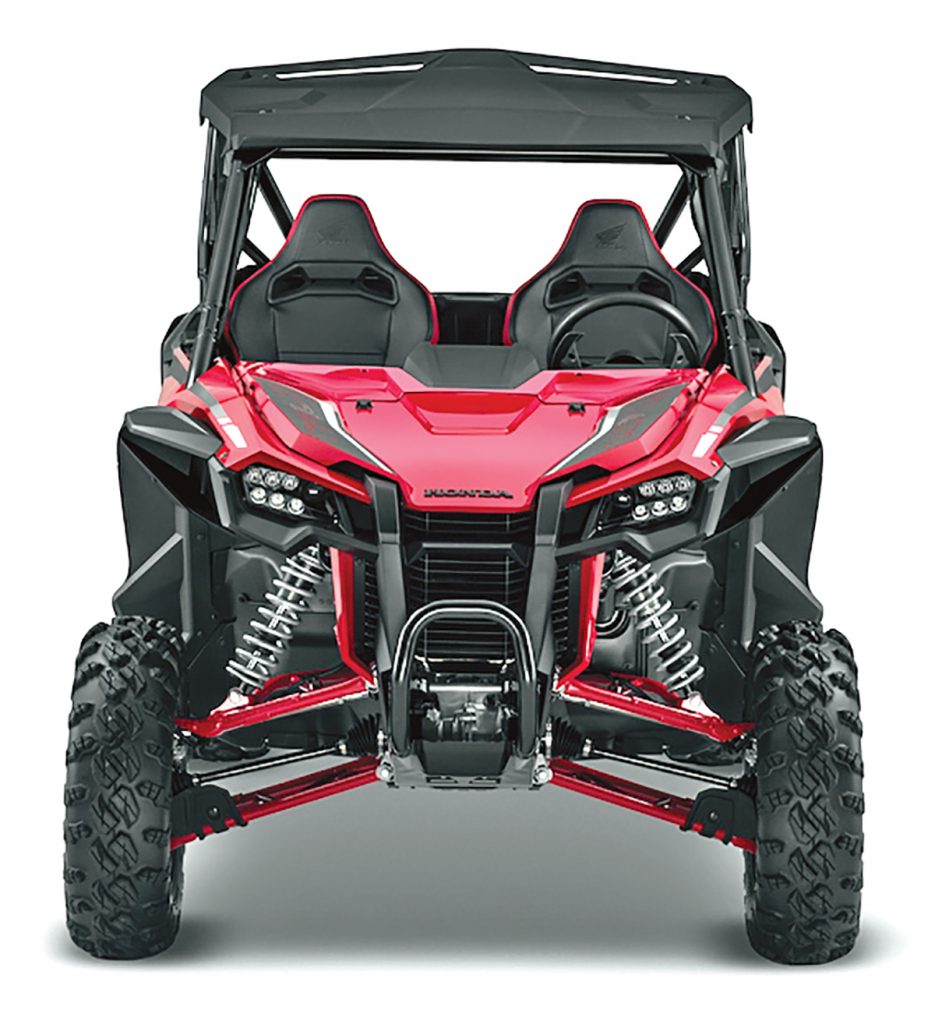 MADE IN THE USA

The bulk of the Talon is actually made in the United States at Honda’s Timonsville, South Carolina, assembly plant. Parts like plastics, electrical components and suspension are sourced from vendors around the U.S. and elsewhere, but the frame and front and rear differentials are made in-house. The engine and DCT come from Honda in Japan. 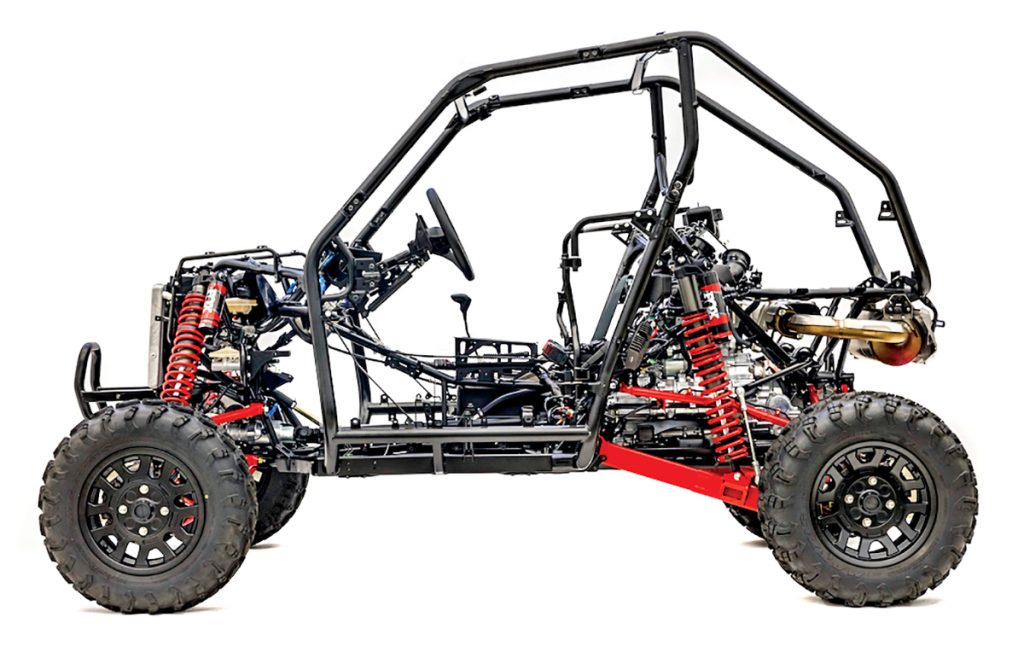 In the specs, you can read that both engines are identical in each Talon, but did you know the frames are too? Even though the rear suspension systems are completely different on each machine, the frames are in fact the same. The extra suspension pick-up points in the rear are just left empty. So, it’s conceivable that if you were interested in installing aftermarket suspension anyway, you could start with either machine and have the width of your choice. Keep in mind, however, that the rear hubs and steering rack are major components that you may have to swap out, depending on which width or style you want to go with. Those components are machine specific. 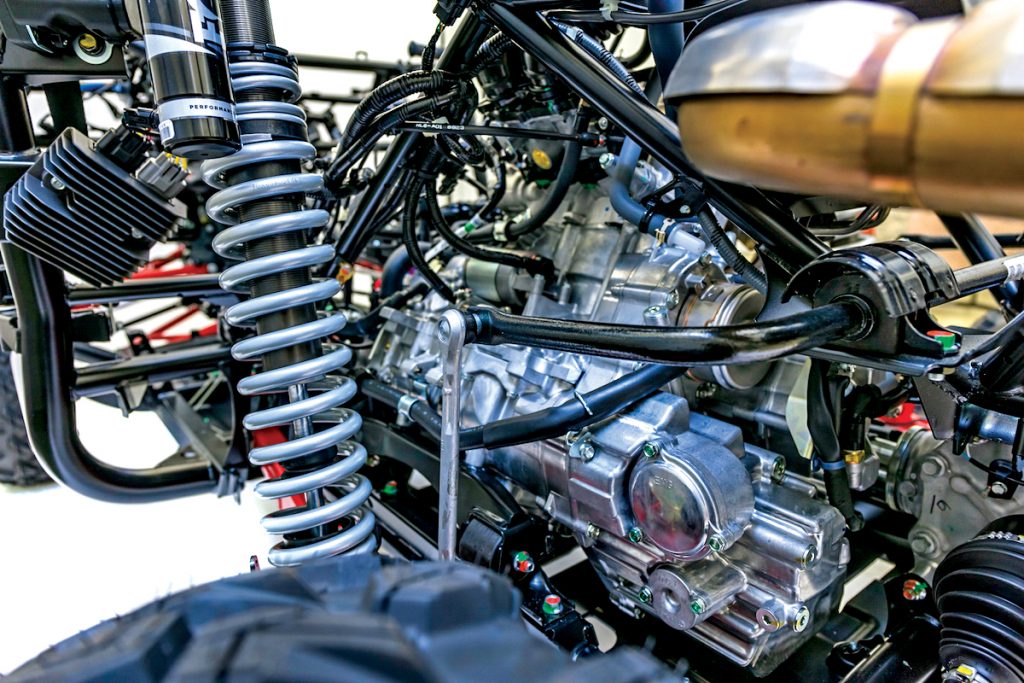 Although Honda has not said if it will release a turbo model any time soon, the piston oil jets inside the stock engine make us think they are ready for it. This is a feature typically found on turbo-charged power plants. The drivetrain is more than capable of handling double the stock claimed 104 horsepower. 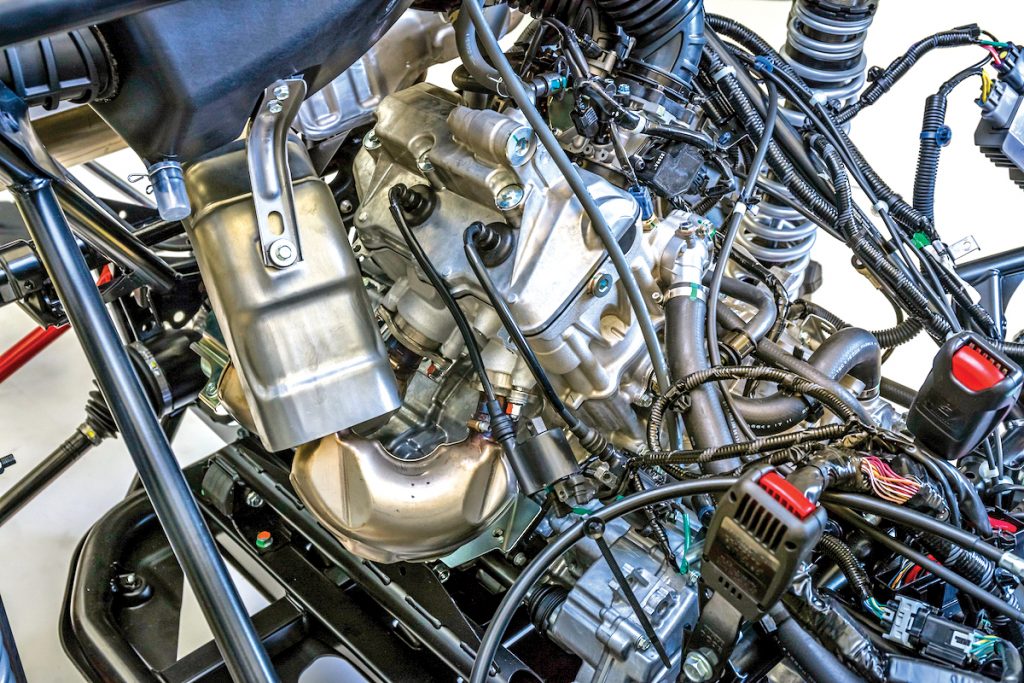 Top speed of both machines is electronically controlled to top out at 74 mph. In low range, the speeds are 40-percent lower through all gears. Expect the aftermarket to tinker with this gear that is located on the front end of the main engine component and sits just below and behind the passenger seat. This housing has its own gear oil that gets changed separately from the engine oil. Huge, automotive-sized, balanced and phased driveshafts come from here and go fore and aft. 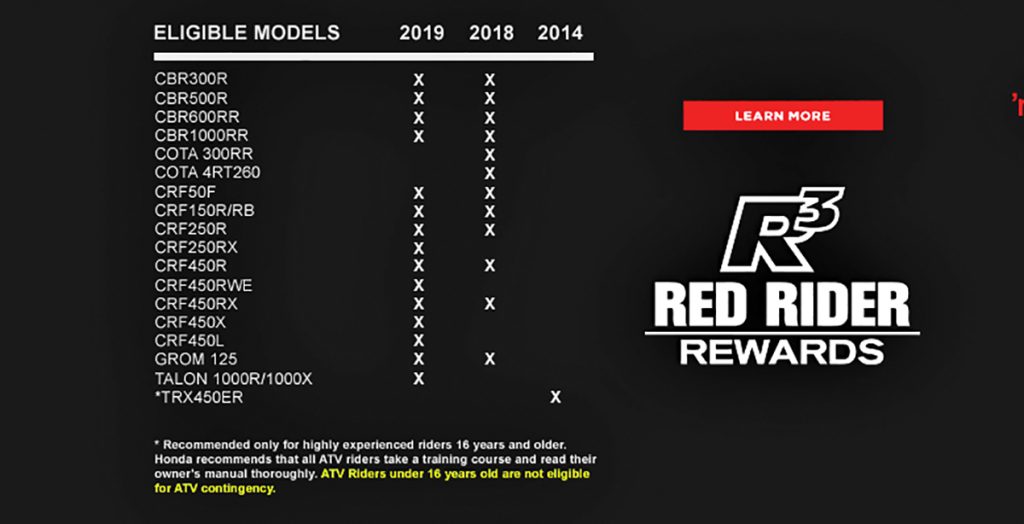 Honda is working with several teams to get the Talon into racing at the factory level. Expect to see them at a few races in 2019 and then with full commitment in 2020. The rest of us will be able to take part in Honda’s lucrative contingency program R3/ Red Rider Rewards, which includes race series from coast to coast. We will announce the details of that program as soon as they are official. You can sign up at http://powersports.honda.com/racing/contingency.aspx.