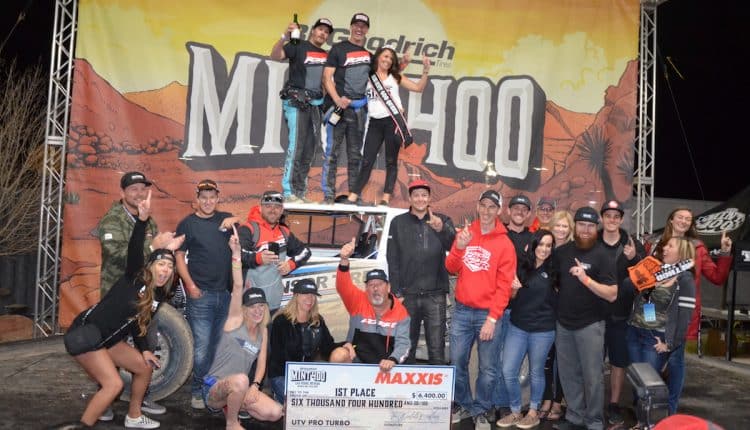 This years Mint 400 was a battle of brands with over 100 teams fighting in nearly 10 classes for the crown. So far the UTV class results are unofficial but here’s the podiums in several classes.

At the start of the day, the big question is how well will the Hondas do? Unfortunately, both of the new Proctor Racing Talons failed to finish.

The major news out of the official results is that Robby Gordon was striped of his Pro N/A UTV win. The Mint 400 describes the penalty below.

Following thorough research into each race incident, we have come to the following decisions regarding race incidents:

So, the official podium results are below.