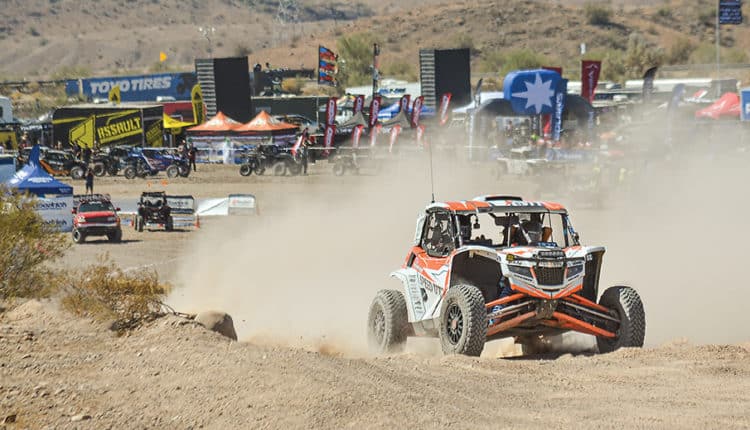 The sixth annual UTV World Championships promoted by Mad Media made a new home for the prestigious event in Lake Havasu City, Arizona. The one-off race, with classes for desert, short-course, sportsman and youth racers, is a can’t-miss event for racers, sponsors and spectators.

In fact, spectators were treated to several free places to see the action. Like the old days of off-road racing, spectators could drive their trucks or SxS’ out into the desert to spectate sections for a full day of fun. However, camping was not allowed near the course. Racers were out on course all day Friday and Saturday from 7 a.m. until 9 p.m.

In the Pro N/A Desert class, it was Dodge Poelman in a RZR XP 4 1000 on the top step of the podium. Can-Am had a lack of factory drivers that showed up, so the only win for the X3 was in the UTV Rally class, with Chris Blais at the controls and Travis Zollinger in the Unlimited class.