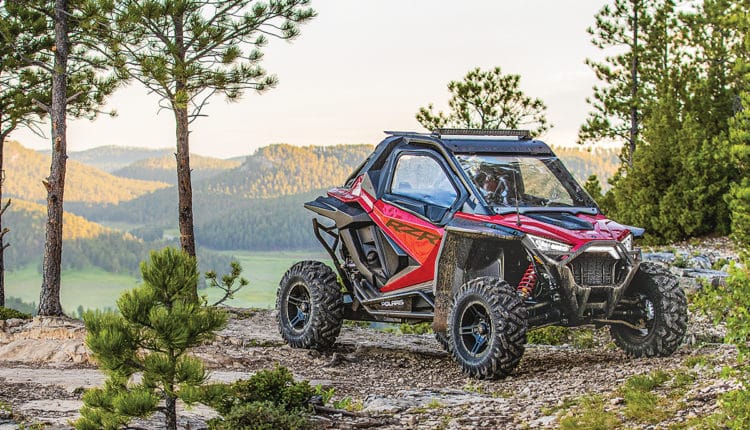 —Improved Ride Command: Introduces configurable gauges and the new Follow Mode function on Group Ride. By selecting the leader of a ride group, this new feature allows riders to leave a track on the map that can be followed by others.

2021 Polaris UTV’s are easier to maintain. In addition to the above upgrades, all 2021 model-year RZR models, except for the RZR 570, come standard with a new in-dash trickle-charge port adapter. This allows a trickle charger to be connected to the vehicle, creating an easier, safer and more reliable way to maintain the battery while in storage.

To learn more about the 2021 RZR lineup, visit www.polaris.com/rzr.

The Pursuit Edition is built on the General XP 1000 platform with added features and style for hunters. This 100 horsepower sport utility machine features suspension with 14 inches of travel front and rear and 30×10-15 tires on aluminum wheels. The Pursuit Edition adds a new Lock & Ride rear bed-storage rack for packing out big game. It provides two levels of storage and is built to fit a Polaris NorthStar cooler in the cargo box, while the upper rack carries up to 50 pounds of gear. A Kolpin Stronghold gun boot makes it easy to pack away a firearm. Additionally, when heading out or back in low-light conditions, hunters will appreciate the 11-inch Pro Armor light bar mounted to the color-matched front bumper. To complete the package, the Pursuit Edition features Polaris Pursuit Camo on Stealth Black, Stealth Green and Military Tan graphics with custom seats. The 2021 General XP 1000 Pursuit Edition starts at $23,999. The four-seat General XP 4 1000 Pursuit Edition starts at $25,999.

For the 2021 model year, Ride Command enhancements on General models include a fully configurable gauge screen, plus more accessible points of interest (POI), such as gas stations, restaurants and hotels.  Additional improvements include the innovative Follow mode that lets the group leader leave a digital track for others to follow. 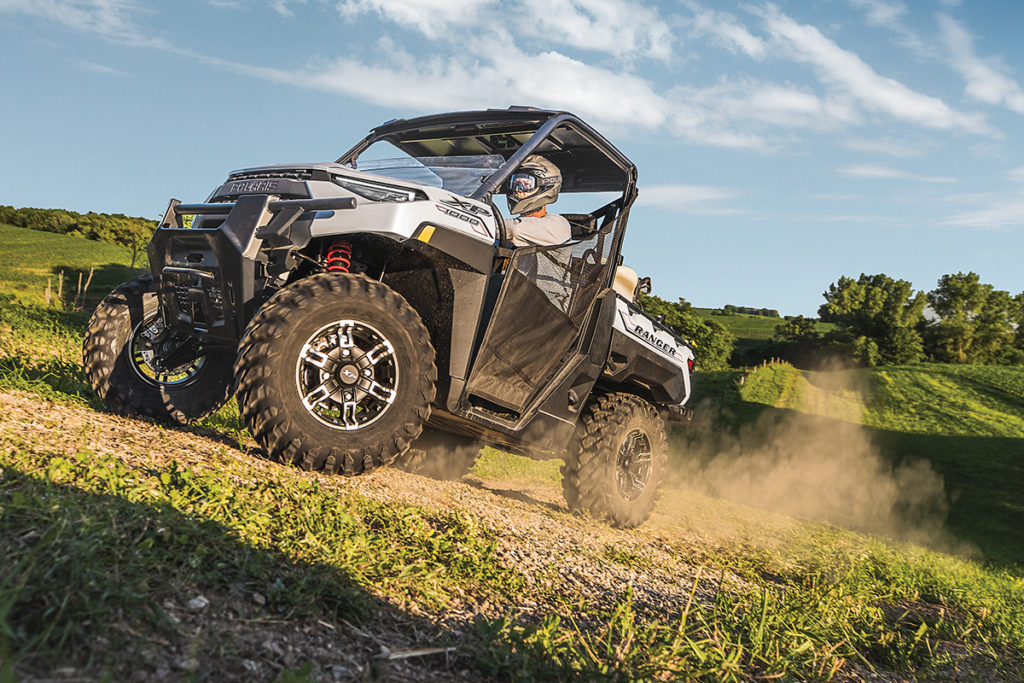 —Stronger front drive: Polaris has increased front-drive strength by 30 percent on all 2021 Ranger 1000 and XP 1000 models for improved durability. The chassis itself has also been redesigned around the new isolated front drive, making it 15-percent stronger, and suspension durability has been increased by 50 percent so that riders can work and play harder knowing the Ranger is up to the task.

—Striking LED headlights: Standard on Trail Boss and NorthStar Ultimate models, LED headlights are also now included in the Ride Command package on the Ranger XP 1000. Extend the day of work or recreation with 90-percent more output than halogens—the most in the industry—for better visibility in low-light conditions.

—New accessories: The bold new LED headlights are also available as an accessory upgrade kit for Ranger XP 1000 models, and the kit is compatible with prior model years. Polaris is also offering a geo-fencing kit for the Ranger 1000, enhancing vehicle controllability with speed control down to 4 mph and the ability to set operating boundaries.