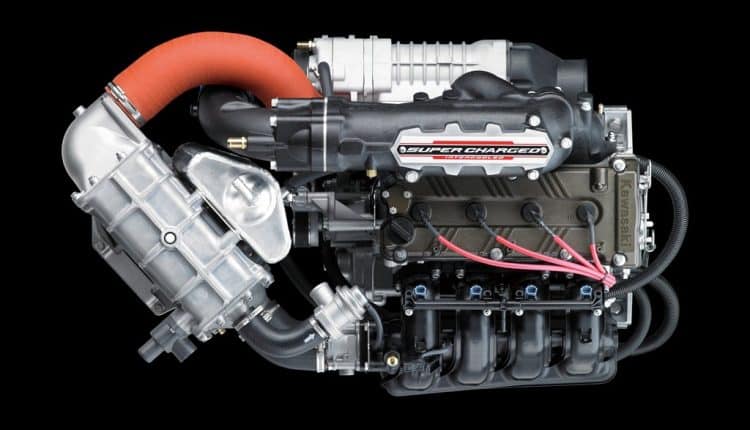 5 KAWASAKI TECHNOLOGIES CAN MAKE THE KRX UTV A WINNER

5 KAWASAKI TECHNOLOGIES CAN MAKE THE NEW KRX1000 UTV A WINNER

It’s official, we have seen the announcement from Kawasaki that “Team Green” will be unveiling a high performance sport UTV October 7th. There has been rumors floating around and even patent drawings published of a two seater with RZR/X3-like trailing arm (with 3 radius rods) rear suspension and a CVT Transmission. But that’s all we know so far.

However, if you look at some of the engine and suspension technologies Kawasaki has been using in their other powersport products over the last few years, we can assume, the better components could make it onto the new SXS. Here’s what we hope make it on the 2020 Kawasaki KRX1000.

For decades Kawasaki’s Ninja sport bike has been the speed king. This 999cc, four cylinder power plant with major cam and exhaust tuning (for torque) could propel a 1500 pound UTV very well.

In their latest Jet Ski product, Kawasaki is using a very compact 1498cc 4 cylinder engine that will basically will rip the arms out of their sockets if you grab full throttle. Slice off one cylinder and de bore this powerplant to stay under the 1000cc mark and this would be another viable option.

It might be laughable to some, but even using the three cylinder Cherry Automotive engine that powers the Mules would attract the vast majority of potential UTV customers. Our biggest complaint with the current Teryx is engine and cab noise, the Mule engine is super quiet and smooth. It has proven itself reliable and the CVT system that it uses has been reliable as well.

For speed demons out there, Kawasaki has lots of history using Superchargers on machines like the Jet Ski Ultra 310 with over 16 pounds of boost. So you can bet, a dealer installed power option will be available at the same time the new machine hits the streets.

The current CVT system Kawasaki uses on the Teryx and ATV line, is very similar tot Yamaha’s system which they give a 10 year belt life warranty. We don’t think people are tired of CVT systems, we think they are just tired of broken belts. Kawasaki knows the value of a strong drivetrain and a locking front differential so that should be good news to some.

While Polaris was the first to use Fox’s  Live Valve, electronically controlled suspension on a UTV and now Honda is following suit, Kawasaki has had this technology for years on street bikes called (KECS) Kawasaki Electronic Controlled Suspension.

Furthermore, they have a tool less manual system that can make super easy adjustments to the spring preload not just compression or rebound. Having the ability to tune preload by hand, especially in the rear would be a huge positive on any machine.

As long as Kawasaki uses four wheel disc brakes instead of the rear wet brake system on found on the Teryx, we will be happy. But Kawi does have a several ABS and Traction Control systems used on their street bikes. Well we don’t expect to see a good working antilock brake system on an off road machine anytime soon, but the way Honda repurposed an antilock brake system to provide better traction and anti dive braking made us a believer in the Talon and the new Kawasaki should be no different.

From our experience with  Kawasaki’s ATV’s and UTV’s the fit and finish is better than average. Kawasaki has a technology called self-repairing paint. That would sure get a work out on a heavily abused SXS. We love how the doors open and close on the Mule’s and Teryx’s and the whole machine is very easy to work on.

Some of the companies Jet Skis and motorcycles come with factory sound systems so you expect that too. Styling on all Kawasaki powersports machines have been trend setting. From the darkened spy photo, the new machine looks to have a very Talon type look with better visibility over the front hood.