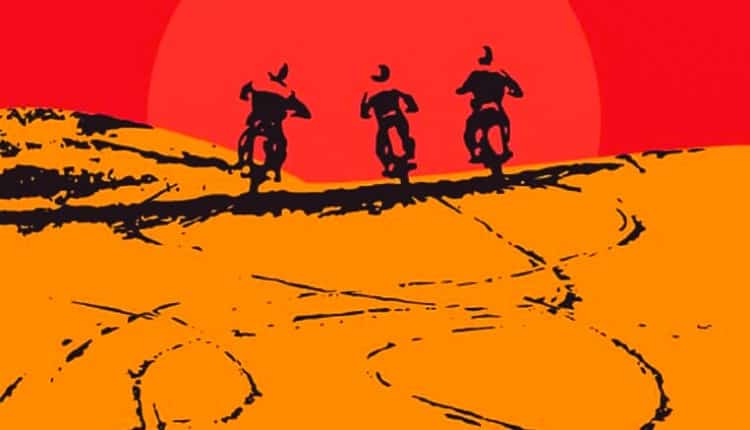 After 50 years of Sundays, the iconic motorcycle movie “On Any Sunday” returns to the big screen in select theaters this fall, beginning in October. If you haven’t seen this classic introduction to motorcycling, you definitely want to see it on the big screen in all of its glory. Bruce Brown did for the cycling sport what he did for surfing with “The Endless Summer” (1966), and “On Any Sunday” captures the freedom of riding across several disciplines and continents. Brown filmed, wrote and produced OAS, and it hit the big screen in the summer of 1971.

Todd Huffman (“The Motocross Files” series, “The John Penton Story,” etc.), Bruce Brown Films, Gathr Films and Bayview Entertainment have completely recolor-graded OAS, remixed the soundtrack and audio in 5.1 surround sound and remastered the film in HD. I can’t wait to see it again on the big screen. Its rerelease is sure to draw many new fans to the sport, as it did 50 years ago.

While “The Endless Summer” did draw me to surfing, I was already into motorcycles when “OAS” was released five years later. We moved to Santa Barbara, California, in 1969, and Dad bought me a surfboard at the swap meet. It was actually a tandem board, a 9-foot 3-inch monster, and I surfed off of the end of the Santa Barbara harbor. Dad also bought a pair of roller skates with Urethane wheels and made skateboards for my brother and I. We would tighten the trucks as tight as we could and climb Santa Barbara’s steep hills, then race down. Invariably, speeds were so high we’d get into a speed wobble. I’d go up a driveway and tumble onto the soft lawns. I’ve heard, “You kids get off of my lawn!” countless times.

My brother and I were also heavily into bicycles and BMX. We would build ramps and have jump contests, race and even play chicken. Growing up on two wheels, I rode 15 bicycles into the ground, and the opening scene of “On Any Sunday” was like a day in my life, right down to the long-haired kid peddling an endless wheelie. We had seen Evel Knievel jump at the Houston Astrodome, and we all emulated him on our Schwinns. I wanted to be him; we all did.

We had friends who lived in Newhall, and we rode the skinny-ridge trails long since flattened into housing tracts. My dad had surprised me on my 10th birthday with a 1966 Honda CL90 Scrambler. It took what seemed like forever to get the hang of feeding out the clutch, but I did it. I learned trail riding in creek beds and wooded trails at what is now Dallas-Fort Worth Airport.

When we moved to California, several families would go camping, riding and shooting guns in the Antelope Valley at Honda Hills (aka Bean Canyon), Garlock, and Randsburg, and I learned a lot about the desert and its huge hills. There was one trail so steep we’d bulldog the bikes down, sometimes with sticks through the rear spokes. That really honed my bike skills, and that CL90 engine was also powering the first Honda ATC three-wheelers, long before UTVs.

We moved from California to Lakewood, Colorado, in 1971, and we would camp along the Continental Divide near Central City, trout fish in streams and ride. Skills and experience grew, and 1971 was a magical year for me with three major events. The Trans-AMA motocross series came to Denver, and I raced my dad’s DT-1 Yamaha in the 250cc support class, wearing two pairs of Levis and lace-up lineman boots. I finished mid-pack and caught the racing bug big time. Dad bought me a used 1969 Penton 125 Six Days, and my life was forever changed. When “On Any Sunday” premiered that summer, Dad, Tracy and I saw it in Denver and were blown away. I’ve been a gear-head ever since.

Then the first issue of Dirt Bike magazine hit newsstands in November 1971, and I knew what I wanted to do for the rest of my life—race motocross and ride bikes. I wanted to turn pro and pursue a racing career, but my parents insisted I go to college. I met my future wife in college, got married and started a family. I was working in the oilfield, reading Dirt Bike religiously and shooting local races for Cycle News when I saw a help-wanted ad for editors in Dirt Bike magazine. In 1985, I made the teenager dream of working for Dirt Bike a reality. I started at then 3&4-Wheel ATV Action and made the move to Dirt Bike a couple of years later. I also did Crash & Burn with Crashman and worked at R/C Car magazine before returning to now UTV Action. It has been 50 years of Sundays and escapes to nature and thrills, all thanks to “On Any Sunday” and the coolest dad ever. In 2014, mere months before he died, Dad, Trace and I saw Dana Brown’s “On Any Sunday: The Final Chapter” on the big screen in Tucson.

Here’s to you, Dad, after 50 years of Sundays “On Any Sunday’s” 50th anniversary.