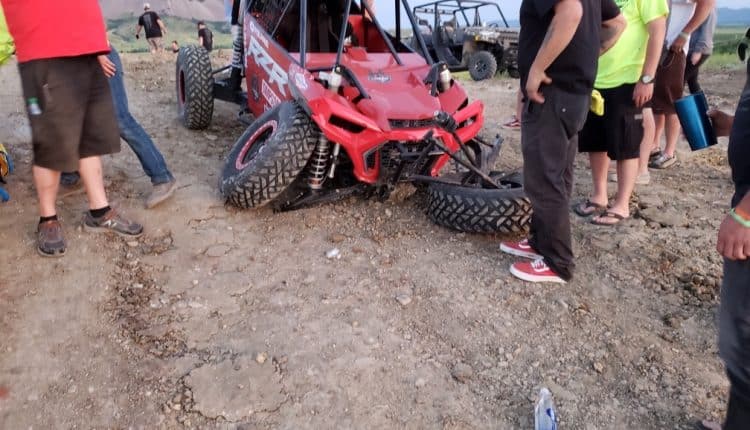 Just this weekend, McBeth tried to retake the ramp to ramp record at the UTV Takeover event in Sturgis, South Dakota. McBeth flew his RZR about 10 feet short of the landing. Luckily the dirt was soft and only his car suffered the major damage.

Its been a big year of records in the UTV Jumping world. Earlier this Summer Tanner Godfrey set an all time distance record of 247 feet in front of a huge crowd during a televised Diesel Brothers event on the History Channel.

More recently Al McBeth raised the bar on the Sand Dune world record at UTV Takeover in Oregon with 188 feet. Look for Al to huck his purpose built RZR jump car called Medusa during Camp RZR in Glamis this October.