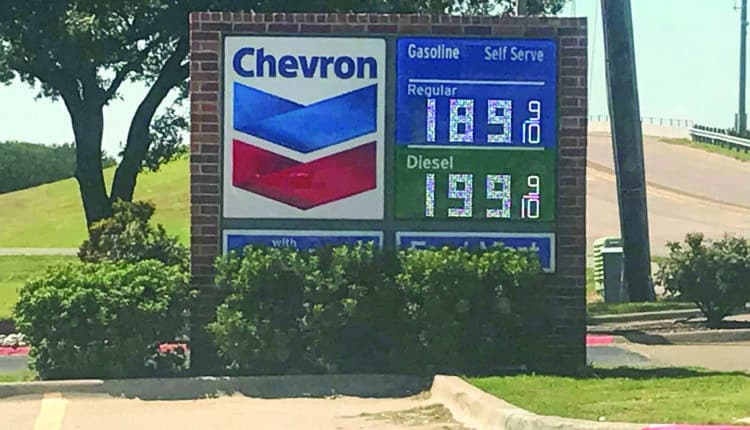 In May, we reported that Polaris has teamed up with Zero Motorcycles for its “rEV’d up” initiative to offer its customers electric vehicles across its entire product line. Polaris has been helping hunters sneak up on Bambi with its Ranger EV since 2016. What we didn’t report is that among the first rEV’d up models will very likely be a Polaris Defense e-MRZR or electric military RZR. America energy and transportation are on a new frontier. It’ll be interesting to see which countries go e-MUTV. The thing is, American Armed Forces generate their own electricity, but most civilians are dependent on the power grid.

We applaud Polaris and other manufacturers for offering EVs as part of an all-of-the-above collection of UTVs, joining gasoline and diesel. Likewise, I believe in an all-of-the-above strategy to produce the electricity that powers EVs. As we saw in Texas in February, solar and wind can’t be our lone sources of power, and we have to resist efforts to get rid of so-called fossil fuels—coal, petroleum and natural gas—and also the original renewable, hydroelectric. It works like this: the sun evaporates sea water, clouds of water vapor form, it rains when mountains push clouds upward, rivers flow into the Tennessee Valley Authority-built hydroelectric turbines, then into oceans, and repeat—endless electricity!

Texas took advantage of federal subsidies and credits to erect vast wind and solar farms, resulting in 23 percent of the state’s power coming from those so-called renewables. But, it’s dark half the time. Clouds and snow can further impact e-production, and wind is also intermittent. Windmills froze in Texas’ February blizzard and millions lost power, and nearly 200 people died!

On the other hand, fossil fuels are billions of years of the sun’s energy stored deep in the earth, waiting for the two-sided-brain and opposable-thumb individual to extract it. Only nuclear power is more efficient at e-production and heating our homes than oil, coal and natural gas. France has 95-percent nuke-produced power. On the other hand, Bolivia has no national power grid; each town has a diesel generator that they cut off at night. So, we really need to rethink going all electric by 2035, as they want with the Green New Deal (GND).

USA Today had an article (“Can the Grid Handle a Boom in Electric Cars?”, March 24, 2021) wondering if the existing U.S. power grid could handle everybody going electric and charging EVs. The conclusion said, “No worries”; however, it did not factor in that power generation under the GND will also phase out fossil fuels and become more dependent on the least stable, storeable and efficient sources, i.e., wind and solar.

We have it so easy today. Thanks to the world wide web, anything we want is only a few keystrokes away. But, the New World’s first Pilgrims only had wind and wood. When the Mayflower sailed into Plymouth Harbor in 1620, the crew reported that whales were “playing hard” off of the bow. Several bitter winters showed the surviving Pilgrims that wood was insufficient for home heating, and by 1640, the first whaling operation began on Long Island, making up the Pilgrims’ three Ws—wind, wood and whale oil. Commercial deep-ocean whaling started in 1712 and lasted 150 years.

The first steam engine was patented in 1705, but Britain had banned burning coal. It wasn’t until 1769 that James Watt invented the expanding-steam engine that started the Industrial Revolution and eventually replaced sailing ships. John Fitch navigated the Delaware River in a 45-foot steamer in 1787, and then he built a larger vessel to transport passengers and freight between Philadelphia and Burlington, New Jersey. The power source? Pennsylvania anthracite coal. Next came steam locomotives, and the Baltimore & Ohio Railroad was formed in 1829 with 13 miles of track. Pennsylvania coal and iron made the steel rails that would soon stretch west, carrying freight and settlers west and cattle east to feed cities. Coal also powered the locomotives.

In 1859, the first petroleum well was drilled in Titusville, Pennsylvania. Environmentalists should love oil, because it replaced whale oil for heating homes. I repeat, petroleum ended U.S. whaling. In 1866, oil was discovered in Nacogdoches County, Texas, and the Spindletop gusher followed in 1901, thus starting the transportation revolution. Petroleum powered the Wright brothers’ first airplane flight at Kitty Hawk, North Carolina, in 1903, the same year that William Harley and Arthur and Walter Davidson stuffed a gasoline engine into a bicycle frame. It was also the year the first Ford rolled off the assembly line in Detroit. In 1926, American Airlines was formed with Charles Lindbergh flying mail for the USPS, and Western Air Express started carrying passengers. It wasn’t until 1988 that Kawasaki introduced the Mule UTV.

So, do we really want to give up 250 years of American progress fueled by coal, petroleum and natural gas? When Fox News asked Patrick Moore, co-founder of whaling-protesting Greenpeace, what would happen if the Green New Deal became law, he said that two things would happen: “Every tree in America would be cut down for heating and cooking, and, when 18-wheelers stopped rolling, every person in every city would starve.”

Hey, republicans in the house and senate, when debating the Green New Deal and its relationship to America energy and transportation , illustrate its absurdity by offering amendments to fund resumption of U.S. whaling operations. Whale-oil-powered UTVs, anyone?