For the third consecutive year, BRP outpaced the competition at the renowned Dakar Rally, the world’s toughest race, with its Can-Am Maverick X3 UTVs. In addition to winning the side-by-side vehicle category, Can-Am vehicles crossed the finish line in all of the top-20 positions, dominating the competition from start to finish. Californian Currie is among the first Americans to win the Dakar and the first in a UTV, winning by 39 minutes with co-pilot Sean Barriman (Nevada). American Ricky Brabec won the bike class on a Honda. 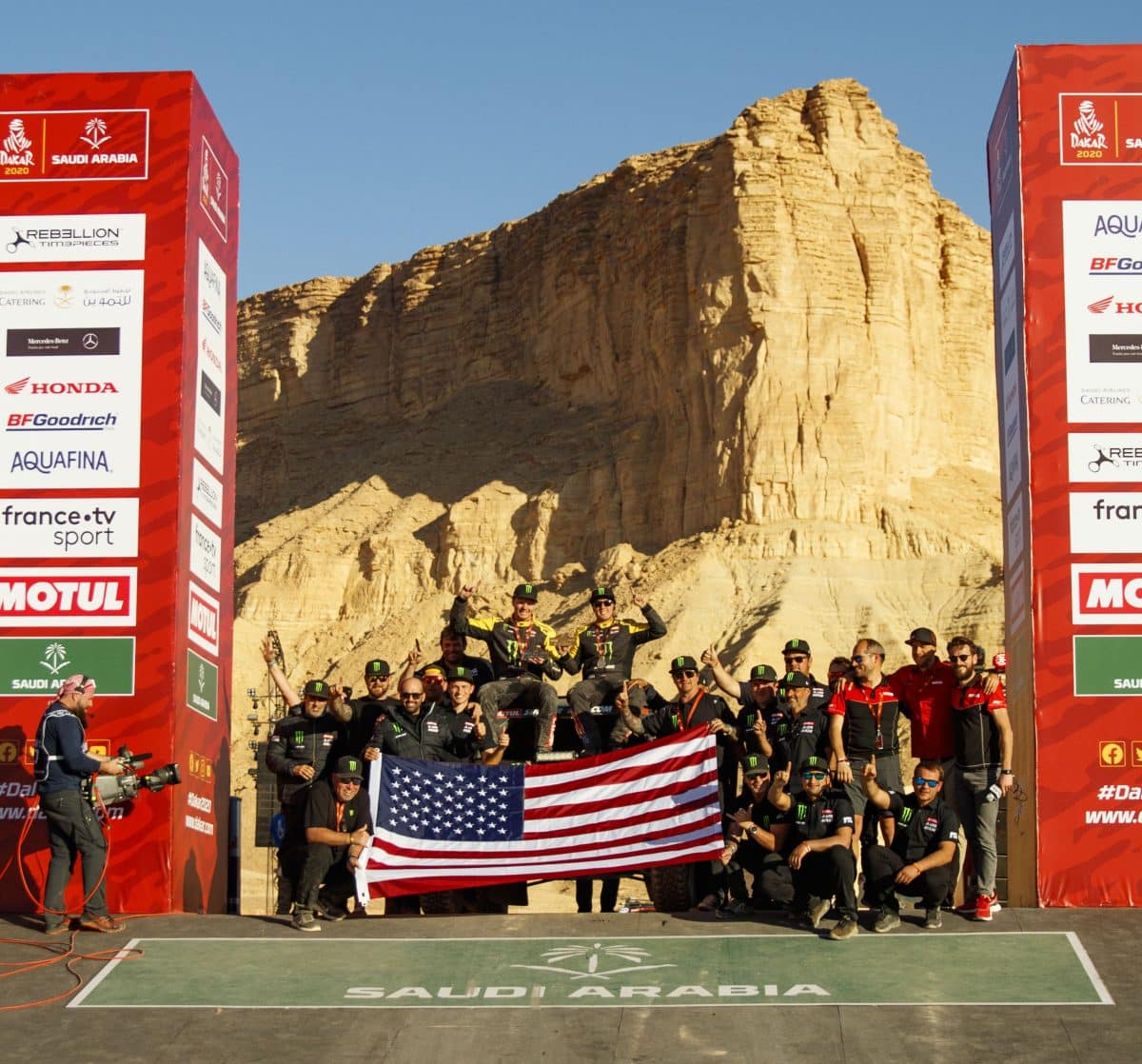 “It’s incredible to bring home the championship for my team, including the folks at Can-Am,” said Currie. “A ton of work went into making this happen, and our Can-Am Maverick X rs was a beast. Its combination of performance, reliability and handling is exactly what it takes to compete against the best and win. Anybody who craves peak performance – both weekenders and professional racers – needs to drive a Can-Am.”

Other members of the global Monster Energy Can-Am race team alongside Currie include Reinaldo Varela (Brazil), who finished in 9th place, and Gerard Farres (Spain), who finished in 11th place. All three are accomplished racers, with Currie being the youngest of the group, racing in only his second Dakar Rally after finishing fourth and being named Rookie Of the Year last year.

The Can-Am Maverick lineup is designed from the rider down to enhance those limits, which was on display recently at the 2020 Dakar Rally, a grueling 5,600-mile (9,000 km), 12-day race through the Saudi Arabian desert. The rally attracts the best drivers and teams from across the globe, racing the most impressive off-road vehicles available. And Can-Am lived up to the task, performing incredibly well and overcoming the harsh conditions throughout.

Each day featured transfer sections and timed special tests, and two marathon stages didn’t allow outside help or more than 10 minutes to working the machines.

The 42nd running of Dakar had 3100 mile of special tests, and the bikes always start first on each day, so Ricky Brabec was officially the first American to win the prestigious event. Each of the two weeks had two-day Marathon stages where the competitors slept in bibuacs and had limited time to work on their machines.

Frenchman Cyril Despres led the Red Bull Junior team of Mitch Guthrie, Junior and Blade Hildabrand, all in Volkswagon-powered OT3-01 prototypes. The team won five of the 12 stages but did not figure in overall results, because they each failed to finish a stage due to mechanical issues. Dakar rules allow a competitor who didn’t finish a stage because of a non-medical reason to continue under the Dakar Experience guideline. Despres blew an engine first, then Guthrie also blew his engine. Hildabrand had other mechanical issues cause him to DNF a stage.

NBS Sports Network did a great job of covering Dakar 42 with 13 30-minute episodes on the 12 stages and the rest day in Riyadh, the capital of Saudi Arabia. With Americans Brabec, Currie, Guthrie, Hildabrand and Austin Jones, who was fresh off of a Baja 1000 win, doing so well, they got major airtime in every episode, culminating with podiums and the playing of the American National Anthem as Currie and Brabec were awarded their Dakar trophies.

WHERE TO RIDE & RACE YOUR UTV: CHAMPIONSHIP OFF-ROAD TOUR