Lions Roaring Speedway hosted the first two Championship Offroad Tour rounds of 2021 at Antigo, Wisconsin, and Andrew Carlson found the right set-up for his Polaris RZR on Saturday as the Minnesota native motored to the Pro Mod win. Carlson would back that up Sunday with a second in Round 2 behind Can-Am factory pilot Kyle Chaney.

Carlson started on the front row and moved into the lead on the first lap. He was challenged early by fellow Polaris driver Robert Loire, then later by veteran Rodney VanEperen. The Yamaha racer made several attempts over the last half of the race to get past Carlson, but each time he challenged the race leader, Carlson found a better line or a bit of speed to pull away.

“That first turn was big,” said Carlson. “I knew if I could get a good jump on those guys, I knew I could run with them. Obviously, they are fast, and would be on me all race. I felt like we really hooked up. I knew if I raced a good, smart race and didn’t get squirrely, and put in some solid laps, we’d be okay.”

Rodney VanEperen kept the pressure on through the last turn, finishing second. He was followed by his son, Owen, who worked his way through the field to finish third. Brian Waszak finished fourth, ahead of Loire. 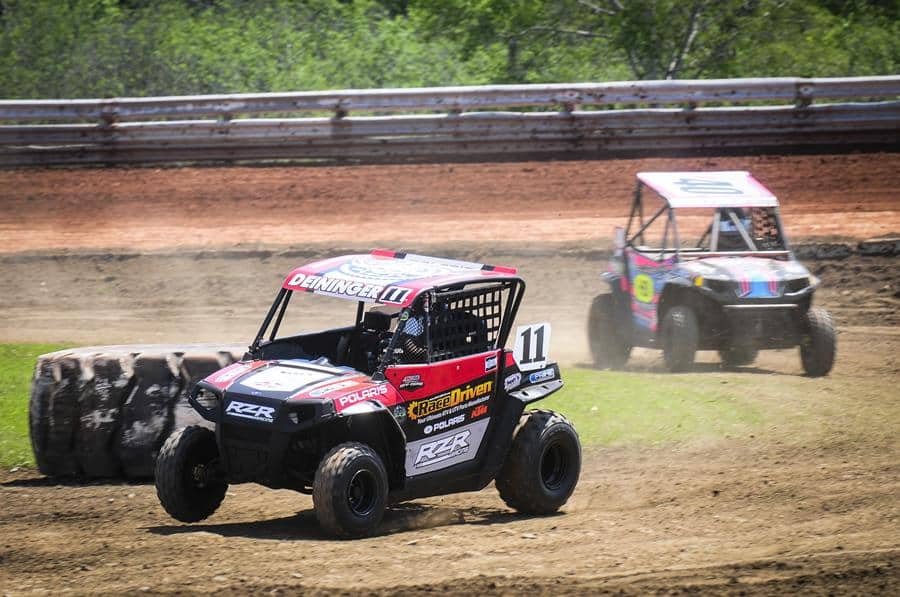