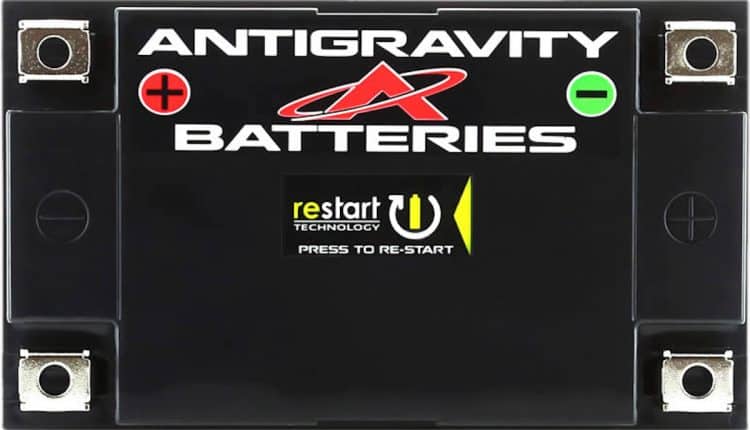 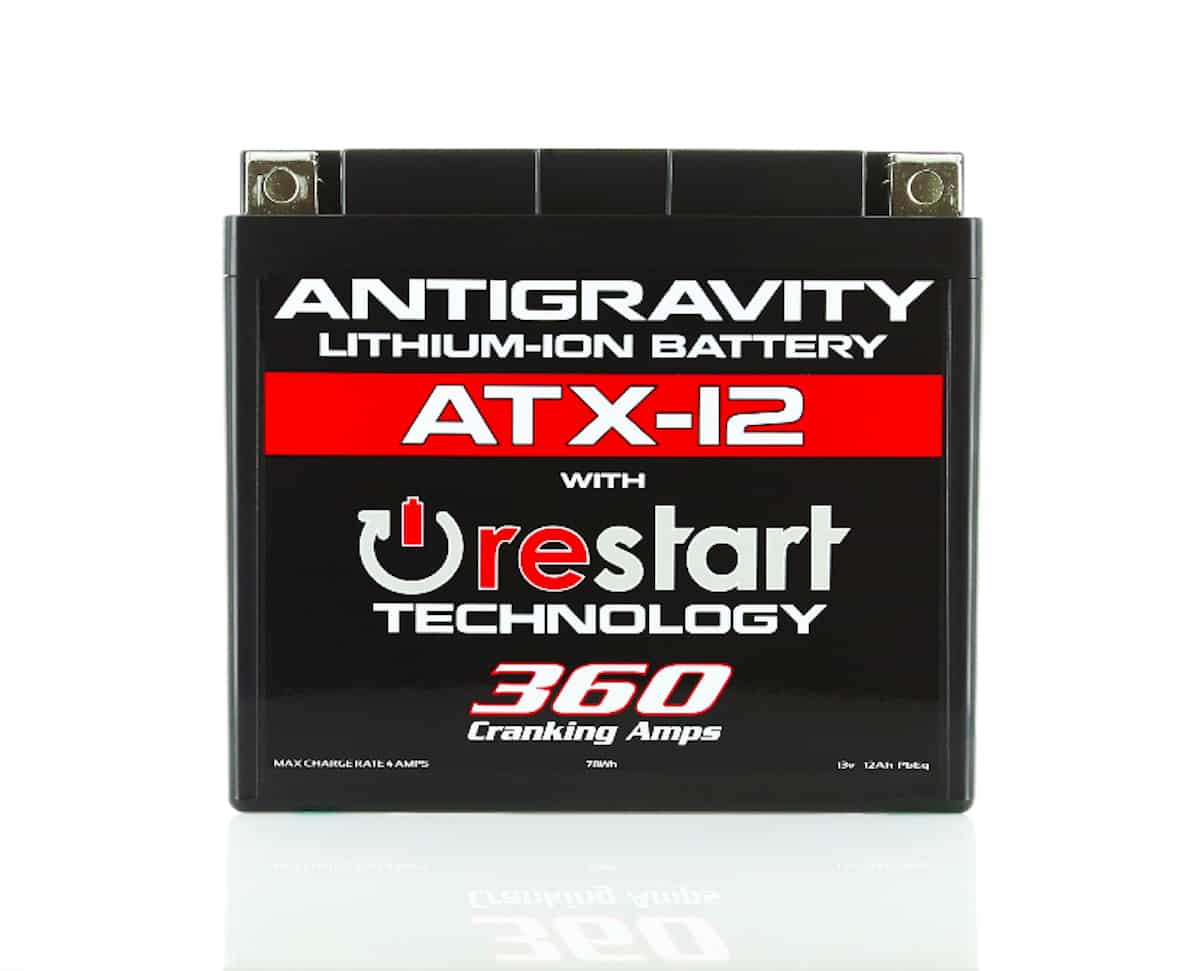 First, we tested the battery for normal operation and it started the Can-Am 1000 repeatedly with all the starter cranking speed of the fully charged stock battery. Then, we left the headlights on to simulate an situation that would kill the battery. Most modern UTVs will drain a battery eventually because of the small, continuous draw from the clock and engine control computer. Once the battery was drained so much that it was unable to start the engine, we pressed the Re-start button and the Can-Am cranked to life.

Even though Re-start batteries provide built in jump starting, Antigravity recommends using a charger made for lithium batteries for long term storage.

Antigravity’s Re-start batteries prevent dead batteries from ruining a ride more effectively and conveniently than any other kind of battery we’ve used, and the remote Re-start button will make them even easier to use.

Antigravity’s Re-start batteries are the first to offer built in jump-starting. The battery goes to sleep with enough energy to start your machine before going completely dead. Pressing the Re-start button on top of the case activates the built in jump starting feature. 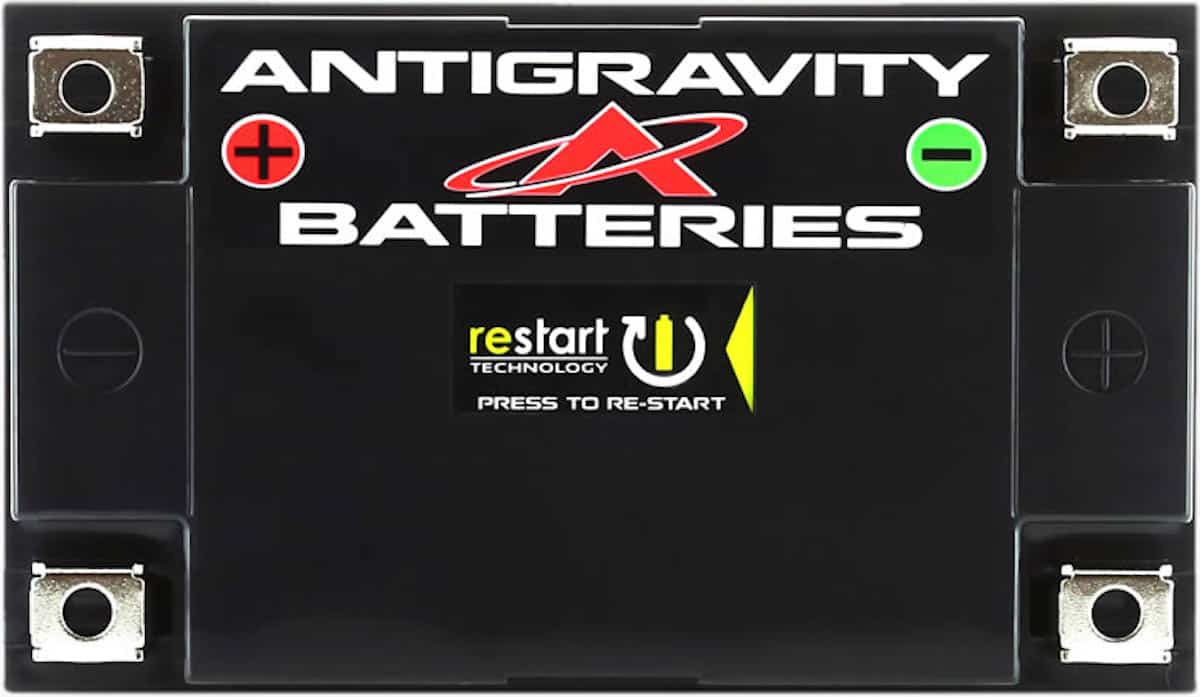