The 2023 Arctic Cat Wildcat and Prowler line up has new offerings including a new Wildcat XX. On the sport side, the Yamaha powered Wildcat XX’s returns with the addition of a new Black Hills edition.  It will feature 32 inch tall tires, tree kicker/rock sliders, bumpers, a Warn winch, a better flowing CVT cover and the Adapt Drive clutch system that was found only on the Limited and SE models last year. This model will be equipped with a Garmin Tread GPS system and a lower “ Low” gear which should be better at rock crawling. Speaking of the clutching, that technology will be on all Wildcat XX’s next year. These cats are also outfitted with a new stronger and quieter transmission according to Arctic Cat. While AC won’t confirm the brand of the new 32-inch tires on the Black Hills version, the action photos show the machine equipped with Kenda Klevers. 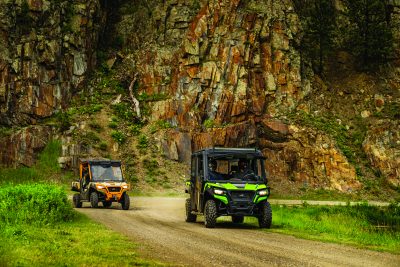 Only the larger Prowler 800 machines have been introduced so far for 2023. You can choose from three or six seat versions. The smaller, 500cc, 2-seater may be on hold for the year.  The base Prowler Pro EPS still comes with a reasonable MSRP of $15,499 and an extra $1000 will buy you the Crew model. All Prowlers Pros now are powered by the smooth and quiet 812cc, triple cylinder Cherry automotive engine. This is the same 50 horsepower mill that is found in Kawasaki’s top of the line Mules. You can add Garmin GPS systems to all Prowlers in 2023.

Yet to be announced for 2023 are some of the smaller Prowler 500’s. Also, the Wildcat Trail and Sport models have yet to return to Arctic Cats line up after going missing for a couple years now. Let’s hope these stray cats will come back around to Arctic Cat dealerships or into Bass Pro Shops soon. See www.arcticcat.txtsv.com/offroad 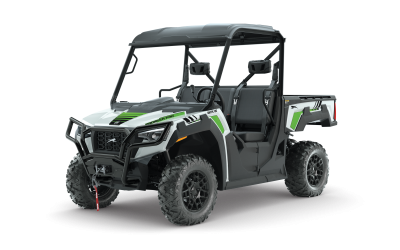 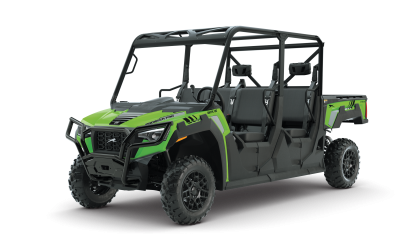