With four stages to go in the 43rd Dakar Rally, Americans have taken the top two spots in the Light Weight Vehicle (UTV) class overall standings. Austin Jones and Can-Am lead the class with a special-test aggregate time of 36:13:48 after eight stages of racing in dunes, desert and rocks. Seth Quintero, who was too young to race last year, is second in one of the Red Bull OT3s, and he sits only 9 minutes 31 seconds out of the lead.

Poland’s Aron Domzala won the Stage 4 in his Can-Am X3 with Brit Kris Meeke 1.75 minutes behind in a PH-Sport LWV. Mitch Guthrie Junior was another six seconds behind the Brit in a Red Bull OT3 with Jones fifth. Francisco “Chaleco” Lopez was sixth on the stage to keep the overall lead, 3 minutes 18 seconds ahead of Domzala.

Chaleco Lopez answered with a win on the long Stage 5 with a 5:47:32, and Khalifa Al-Attiyah, younger brother of twice-Dakar winner Nasser Al-Attiyah (Toyota) was second for a Can-Am 1-2. Quintero and Jones were third and fourth on the stage, while Guthrie was ninth. American Score champions Wayne and Kristen Matlock have struggled thus far and finished 34th and 37th.

Quintero, the 2019 Best in the Desert Pro Stock 1000 UTV champion, became the youngest-ever competitor to win a Dakar Stage in the 283-mile special test of Stage 6. Chaleco Lopez lost an hour making repairs in the dune stage, which handed Aron Damzala the overall LWV lead going into the mid-rally rest day. UTVs proved fastest in the dune sections, but the 4WD rally cars are faster in more open desert terrain.

Following the much-needed rest day, the Dakar competitors faced a two-day Marathon with a 737-kilometer Stage 7 and 709-kilometer Stage 8, for a marathon total of 904 miles. Chaleco Lopez fought back in his South Racing Can-Am X3, winning both Marathon stages. In Stage 7, Lopez put 10.75-minutes on Quintero and almost 19.5-minutes on Jones, who were seventh and ninth, respectively. In Stage 8, Chaleco put in a time of 3:37:45 and took another 2.5 minutes from Jones and 6:20 out of Quintero. 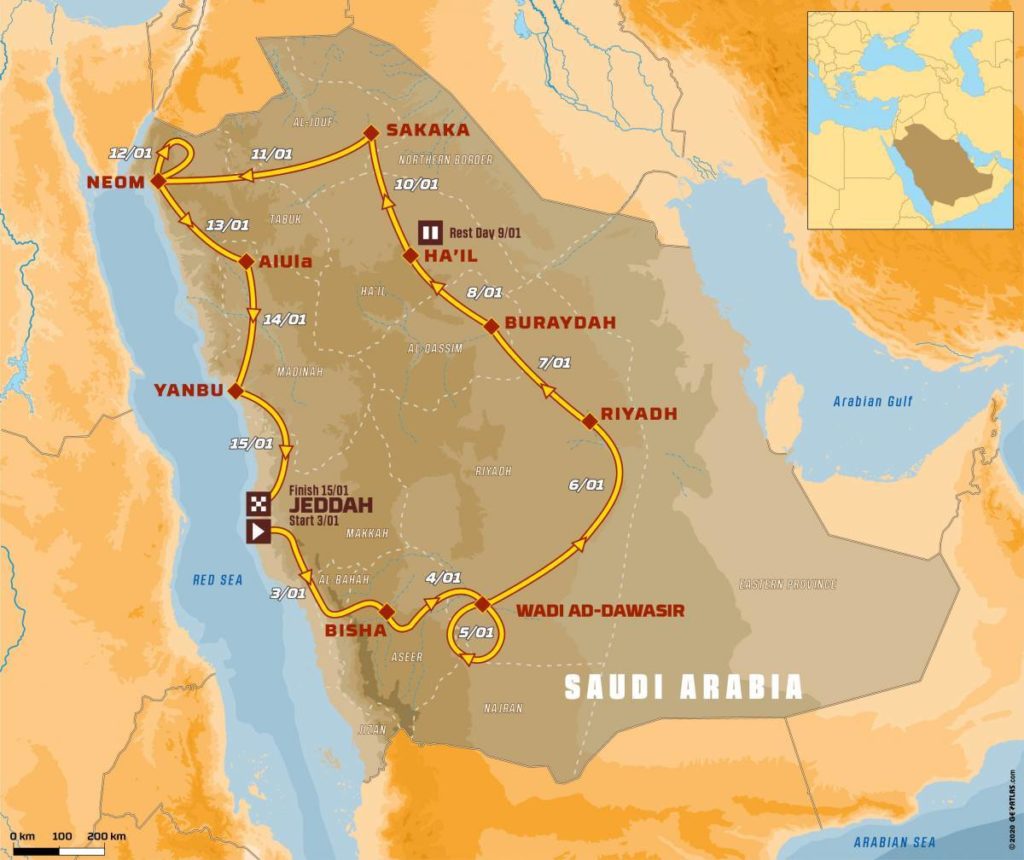