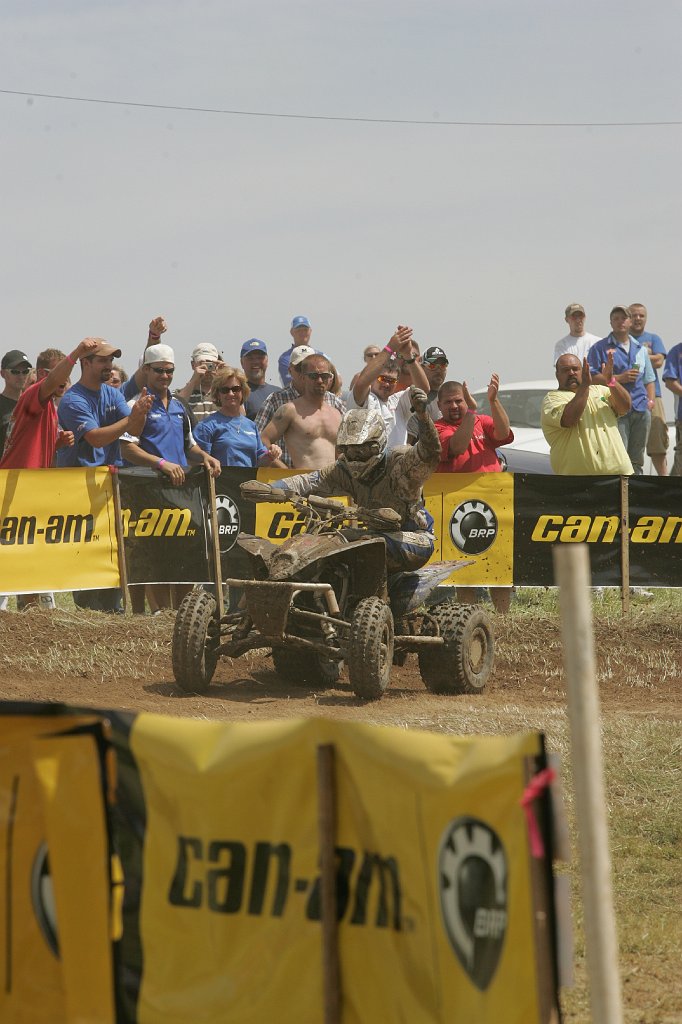 Sparta, KY (May 31, 2008) — Bill Ballance picked the right place, the right time and the right track to nail his third-straight Can-Am Grand National Cross Country win. Not only did the Kentucky rider take the Weekend Warrior Spartan GNCC in front of his home-state fans, but his chief championship rival, Adam McGill, failed to finish due to mechanical problems, allowing Ballance to take the GNCC XC1 Pro points lead for the first time this year.

“Man it feels good to win in front of so many friends and family,” said Ballance. “These were my type of conditions. It was hard and fast and I was able to have fun.”

Ballance’s day started by grabbing the $100 ITP Holeshot Award, but trouble on the first lap saw the eight-time GNCC Champion fall to the back of the top ten. From there he put on a charge and took the lead halfway through the race, and then held off a strong challenge from Sommers and Yokley on the final lap to take the win.

As for McGill, the West Union, West Virginia rider held the lead early in the race and battled with the lead pack for a podium finish on the last lap. With about three miles to go in the event, trouble set it. “I had a stick jammed in the a-arm and the wheel and everything, so I had to stop and rip it out,” said McGill. “I took off in fourth and hooked up with Brandon Sommers and trained off of him. All of a sudden I heard a squealing noise, and I realized it was the chain coming off of the sprocket. So I slammed it into reverse so the chain would go back on, but I ended up sheering all of the sprocket bolts out. They’re hardened steel bolts. They’ve never done that before.”

McGill now sits second in the points, 14 markers behind Ballance.

Complete race-day results are available at this link or by scrolling to GNCCRacing.com.