Glen Helen Raceway hosted the seventh and eighth rounds of the 2021 World Off-Road Championship Series (WORCS) for all of the non-pro UTV classes, and there were 130 UTV entries. Pro Stock UTVs raced Saturday, and Pro Production Turbo UTVs raced Sunday. Huge hills are unique to the California round, as GHR has hosted AMA National Motocross for many years, and the WORCS ATV/UTV course utilized the MX track, REM/Vet MX track, Lucas Oil/GAS short-course and 12/24-Hour off-road course. There are even Enduro-cross rock and mud sections.

Judge worked past Haagsma and then Wagner to take the lead on the second lap, and MacCachren out-braked Wagner for third on the last big downhill. With clear track, Judge checked out on Haagsma, who dropped out of the race on the fifth lap, handing second to Cayden Mac and third to Saxton. Fourth went to Hancock, while Nic Granlund took fifth in his single-seat YXZ after no practice. Cayden Mac took over second in Pro Production points from Baron, who dropped to fifth.

Hancock also holeshot the Pro Stock main ahead of MacCachren, Baron, and Haagsma, while Brayden Baker (Pol) holeshot the second wave. Cayden took over the lead on the first lap, bobbled on the third lap and lost a few seconds, then steadily dropped his lap times as he checked out, turning a 07:50.4 on the last lap. No doubt, Cayden’s dad and spotter (and Trophy Truck legend) Rob MacCachren was warning him about Baker, who had also pulled away with clear track from the second wave. Baker turned a 07:47.308 on the third lap and had the lead on adjusted time.

Baker flew to a 30-second lead on time and was fifth physically, but he overcooked a turn at the top of the Gorilla hill and flipped his RS1 on the last lap. Cayden Mac scored his fifth win in seven rounds and increased his Pro Stock  points lead over Baron to seven. Haagsma held tough for second with Baron third and Hancock fourth. Baker ended up sixth behind Kody Winiecki (Pol).

Glen Helen provided great racing in other classes as well. Production 1000s had a great battle with Evan Striplin (Pol) taking the Round 7 lead ahead of Sebastian Marquez (Pol) and points leader Chase Carr (Pol). Marquez took the lead at the midpoint with Carr second. The two pulled away from the field, with Carr turning a 07:55.944, but Marquez took the win over Carr and Striplin. On Sunday, Striplin again took the early lead ahead of Marquez and Carr, but Chase Desousadias (Pol) charged through the field from sixth to second by the midpoint. Marquez took over the lead at that point as Striplin dropped to third and then sixth. Carr dropped his best lap to a 07:53.102, but Marquez crossed the finish line before the 40-minute mark to do a sixth lap on his way to the win. Chase Desousadias was second with Carr third. Carr leads series points with 137 and two wins with Chase Desousadias second with 134.

In 1000 Stock UTVs, Dallas Gonzalez (Pol) and Cole Fike (Pol) jumped ahead of Marquez and Carr on Saturday, and Dallas turned a 07:53.125 at the midpoint, but then he dropped to fourth. Fike took over the lead with Marquez second and Carr third, and all three got the white flag for a sixth lap before the 40-minute clock ran out. On Sunday, Carr had had enough roost and led every lap on his way to a 17.7-second win over Marquez and Fike. All three turned six laps while the field did five. Carr leads the 1000 Stock points with his first win and 160; he also had six seconds and a DNF. Gonzalez is in second with 141 points and four wins, and Fike is third with 141 and one win.

In Youth 1000 Stock, Ethan Groom (Pol) and Don Daley IV (Pol) were 1-2 for all five laps on Saturday, while Travis Sallee (Pol) worked up from sixth to third on the last lap. On Sunday, Jacob Peter (Pol) led the first lap but was shuffled back to 11th. Braden Judge (Pol) was second but tangled with Peter going for the lead and dropped to 13th. Groom ripped through the field from fifth to take the lead in one lap, while Sallee worked up from fourth to second. Cruz Birchard (Pol) moved up from eighth to third.

In UTV Masters, Phil Johnson (Pol) gabbed the lead on Saturday ahead of Barry Bennett (Pol), and he pulled a 10-second gap in two laps. He blew a turn and handed the lead to Bennet, who would hang on for the win. Rod Anderson (Pol) started fourth and moved to third by midway. Johnson came back to lead flag-to-flag on Sunday and take the win over Masters points leader Justin Wallin (Pol) and George Desousadias (Pol). Wallin has four wins and 167 points; Johnson is second with 124 and a win. 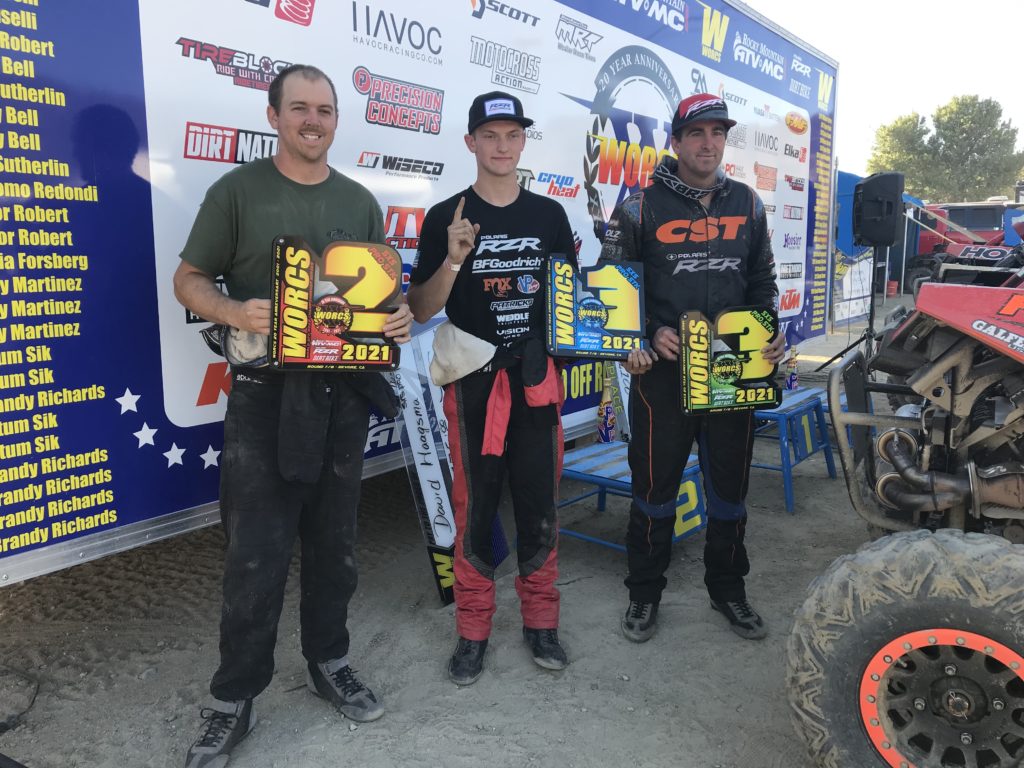 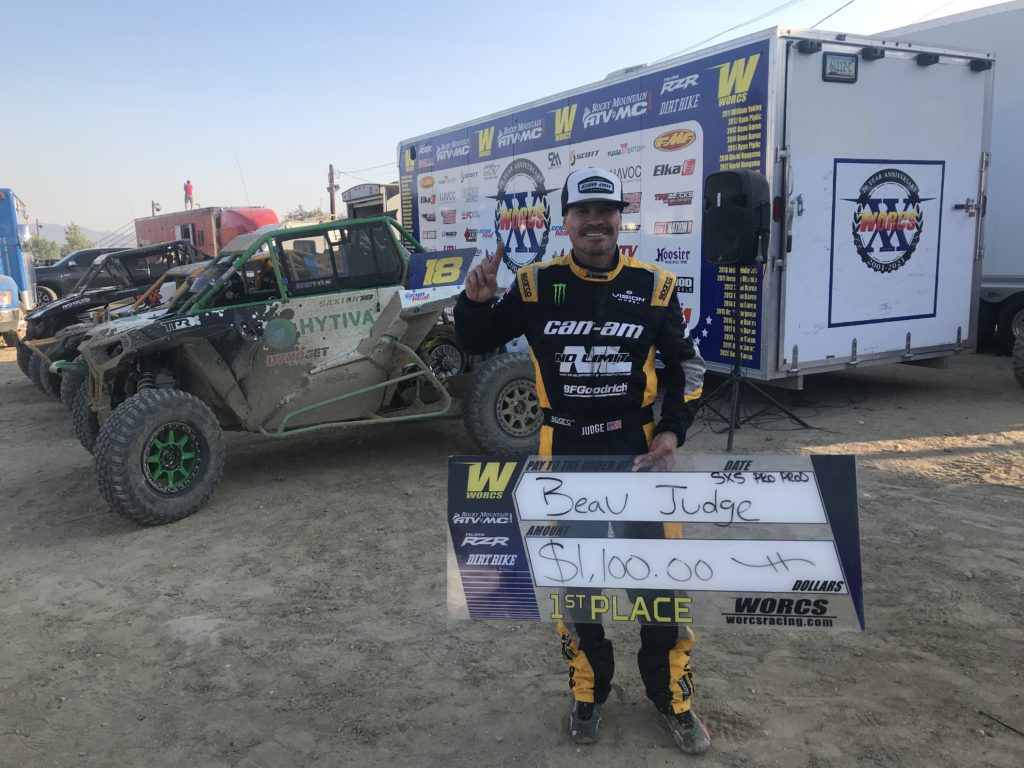