BEHIND THE SCENES AT FMF RACING 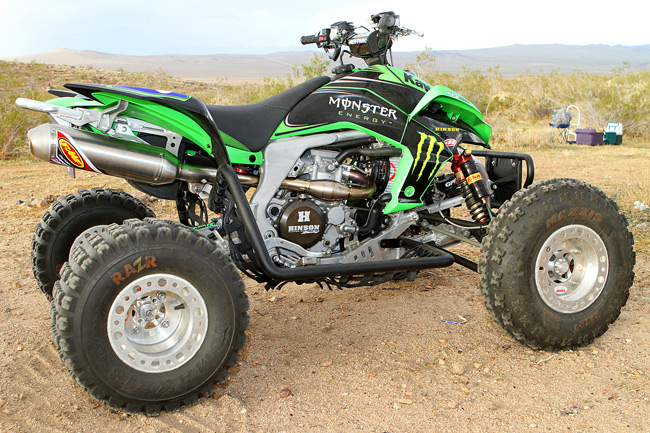 Share FacebookReddItLINEWhatsAppEmailPrintTwitter
BEHIND THE SCENES AT FMF RACING
Family-owned, operated, and engineered 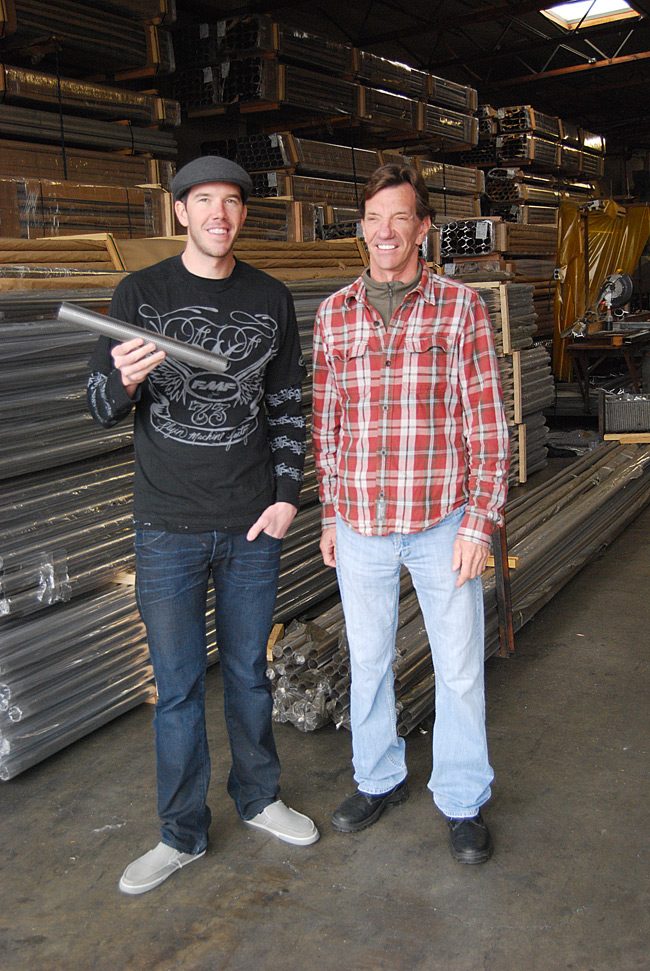 FMF Racing has been at the top of the exhaust game for quite a while now. They offer multiple exhaust types- including fiberglass packed and mechanical baffle mufflers- for nearly any machine imaginable. Their quality is known the world over, and their success is based on hard work, sweat, and determination. Run by father and son team Donnie Emler Jr. & Sr., the company has prospered due to their knowledge of go-fast parts. We recently met up with Donnie Sr. and Lil’ D (Donnie Jr.) at FMF’s production facility in Rancho Dominguez, California for a little walkthrough and some conversation. Here’s a look at the biggest name in off-road exhaust, and just what has made them so popular! 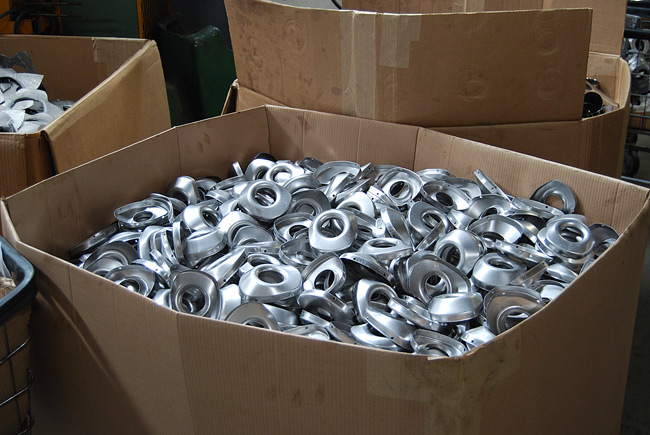 ATV ACTION: How did FMF Racing start?
DONNIE SR: It started in the garage. I was just working on people’s bikes, and there was a large demand. I opened up a little shop in Harbor City, and started building even more bikes. I hired some of my buddies, and they helped me do all these bikes (laughs). We also started making our own pipes, and that’s when it REALLY exploded. That was in 1973.

ATV ACTION: So over the years, you guys have remained one of the biggest names in the industry. How do you keep it going so strong?
DONNIE SR: I think focusing on making the product better- constantly updating it. We’ve always been hands-on with everything- manufacturing as much as we could. But it really, uh, in the 90’s it took off to where pretty much everything was 100% vertical.
LITTLE D: I mean like the marketing, just the events- trying to be out at the tracks as much as possible. Trying to be out at all the events. We sponsor motocross, ATV racers, nationals, supercross, and amateur racing- so it’s hard to say what actually works, it’s kindof a combination of everything.

ATV ACTION: Other exhaust companies have sort-of branched out into doing multiple things and offering different products. Why stay with just exhaust systems?
DONNIE SR: Because we can focus all our attention and time on that. We actually went into suspension and motors for quite some time, for about a 3 or 4 year period. It was distracting- I would have to say that it was quite a bit distracting from our main goal, which was to provide the best product.

ATV  ACTION: Working together as father and son- does that put a strain on your relationship?
LITTLE D: Yeah, I want to kick his [butt] all the time! (Laughs) No, I’m just kidding.
DONNIE SR: No not at all, it probably makes us closer.
LITTLE D: Yeah, growing up, I got the chance to really learn a lot. And now we rely on each other to help make some of the big decisions, around here, which is really cool for me.
DONNIE SR: He does make his own decisions though. And they’re good decisions when he does.

ATV ACTION: How often do you guys ride?
DONNIE SR: As much as possible for me. Well, you too (points at Jr.).
LITTLE D: Yeah, him and Danny (LaPorte) do a lot of off-road riding. I like to do a lot of everything. I race every once in a while- ride off road, and ride moto, and go down to Mexico.
DONNIE SR: This week, I’m trying to schedule in some riding because of the rain.
LITTLE D: Yeah, whenever it rains, he’ll sneak out and ride.

ATV ACTION: How long do you test a new product before you feel it’s ready to go out?
DONNIE SR: Well, a lot of the testing goes on all year with our race team. Like the RCT- that was being tested and developed with our race team stuff for a while. We started testing the resonance chamber technology in the headers with the Powerbomb and Megabomb. Then just a few years ago we introduced it in the muffler, and we’ve been testing it ever since.
LITTLE D: Race teams have been using it the past couple years, and we’ve just been changing it and perfecting it to where it works well on all the stock production bikes. So it definitely takes a good year or two for a new design.

ATV ACTION: Ok, what’s your guys’ favorite foods?
LITTLE D: I’m pretty easy. I’m going with sushi. Not the taco cart out back, that’s for sure! (Laughs)
DONNIE SR: I’m home cooked, definitely. My wife is a great cook.
LITTLE D: Yeah, I’m the bachelor, so I eat out like every night. I suck at cooking.

ATV ACTION: What’s your favorite place to ride?
LITTLE D: Man, I really love to ride in Mexico. And for moto, just anywhere my friends are, having a good time. I also do Mammoth every year, that’s fun. I try to race some fun races.
DONNIE SR: Me too with Mexico. Northern Baja- there’s a lot of variety there. And some top-secret places here in California that I won’t tell you about.

ATV ACTION: What’s your best riding story?
LITTLE D: My funniest story about him would be… well funny because he’s alive (Laughs)
DONNIE SR: You don’t know it! I was there! (Laughs)
LITTLE D: Well it was when he got stuck in Mexico, in the snow, overnight. Completely stranded with no place to go, and they had to get helicoptered out. It was a full emergency.
DONNIE SR: It was actually pretty scary. There were 11 of us- we all knew where to go, but we just kept getting deeper into it, and we all started running out of fuel. So we found a shack. And someone had to get life-flighted out. 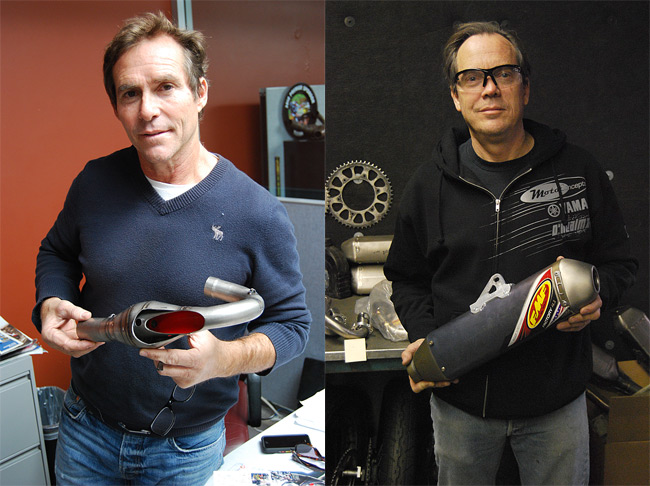