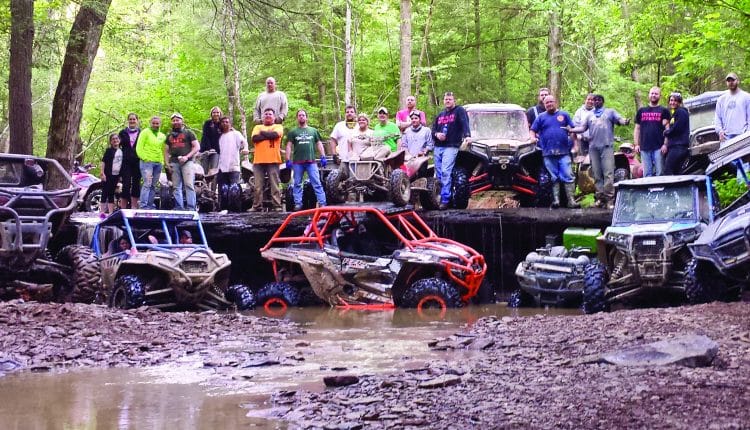 — The road riding rules for each state —

With more and more states wanting to attract OHV tourism to boost local economies, like West Virginia has with its Hatfield-McCoy Trail System and Utah has with its Paiute Trail System, many of these states are adopting more lenient regulations regarding licensing UTVs and ATVs for limited street use. Other states with agriculture-based economies treat UTVs and ATVs as farm vehicles, but urban areas generally don’t allow street use of UTVs and ATVs. Let’s check out requirements and restrictions for operating UTVs and ATVs on streets in Kentucky, Ohio, Tennessee and West Virginia.

West Virginia counties within the Hatfield-McCoy system allow registered OHVs on certain streets to access retail outlets, restaurants, hotels and OHV dealerships, and West Virginia only allows OHVs on two-lane streets or roads. Those with a center line and more than two lanes are illegal, except for the purpose of crossing said road. UTVs and ATVs can also be operated on the shoulder of roads for purposes of connecting trails. All UTVs and ATVs must be equipped with at least one headlight and taillight, whether or not they’re operated after sunset, for better visibility and safety. Only emergency personnel may operate an OHV on a public highway, and ATVs can only carry a passenger if the machine is designed to seat more than one person.

Also, OHVs can only be operated at 25 mph or less. West Virginia code SS 17F-1-6 does not apply to commercial ATVs used in farming, oil and gas operations, timbering, surveying or public utilities. OHVs must have a title, muffler and spark arrestor, and operators under age 18 must have a safety certificate.

While Tennessee is working to attract OHV tourist dollars like West Virginia, the state has yet to show lenience on operating OHVs on Tennessee thoroughfares. OHVs may only be operated on two-lane roads  and only to cross highways. UTVs and ATVs must have operating headlights and taillights, and the headlights must project light at least 200 feet. Since they can only be operated between a half hour after sunrise and a half hour before sunset, the lighting requirements are more for visibility to other vehicles. Helmets are also required at all times. Tennessee SS 55-8-185 says OHVs may not be operated on any state highway or any highway that is a part of the interstate and defense highway system.

Kentucky isn’t as accommodating to OHVs statewide as West Virginia or Tennessee have been. Kentucky Revised Statute SS 189.515 allows limited use of OHVs on two-lane public highways where designated, or to cross highways to connect OHV trails. Operation is limited to daylight hours, except when engaged in emergency road maintenance or snow removal. OHVs must be equipped with headlights and taillights, both of which are illuminated at all times. Operators must have a valid driver’s license, and those under 16 must wear a helmet at all times. Helmet exemptions apply to those engaged in farming, mining or logging operations, or use of the OHV on private property. Operating OHVs on private property requires permission, and OHVs can only be operated on public lands if the responsible government agency approves use of all-terrain vehicles. Only authorized persons may operate an OHV on a public roadway or along a roadway right-of-way.

Ohio also allows limited OHV use on rural roadways where counties and townships permit on-road OHV operation. Ohio Revised Code 4519.20 lays down requirements for snowmobiles, off-highway vehicles and all-purpose vehicles, which must have at least one operating headlight and taillight seen from 500 feet away under normal conditions. OHVs must have an effective muffler that limits noise and smoke. Operators must have a valid driver’s license, and those under 16 must be accompanied by a parent or guardian aged 18 or older.

The law permits crossing a highway or use on permitted county or township roads, and operating an OHV on a right-of-way (or berm) to connect a loading area and trailhead. Operation on limited-access highways is prohibited, except for emergencies designated by public-safety personnel. OHVs cannot be operated from sunset until sunrise unless displaying operating lights.

So, West Virginia, Kentucky, Tennessee, and Ohio allow limited use of UTVs and ATVs, but only on rural  two-lane roads by licensed drivers operating minimally equipped machines at slower, sane speeds. Save the wheelies and Mongo bicycles for the trails.

Next month, we’ll present the “2019 Economy UTV Buyer’s Guide” with some two dozen UTVs retailing for less than $10,000. About half of them are equipped with all the equipment one would need to register them for the street in more than 20 states, such as a roof, windshield, turn signals, emergency flashers, horn, mirror(s) and LED headlights. And, we’ll be updating state-by-state requirements as more states get on board with OHV tourism.