BEHIND THE WHEEL: DON’T BE BLINDED BY SCIENCE 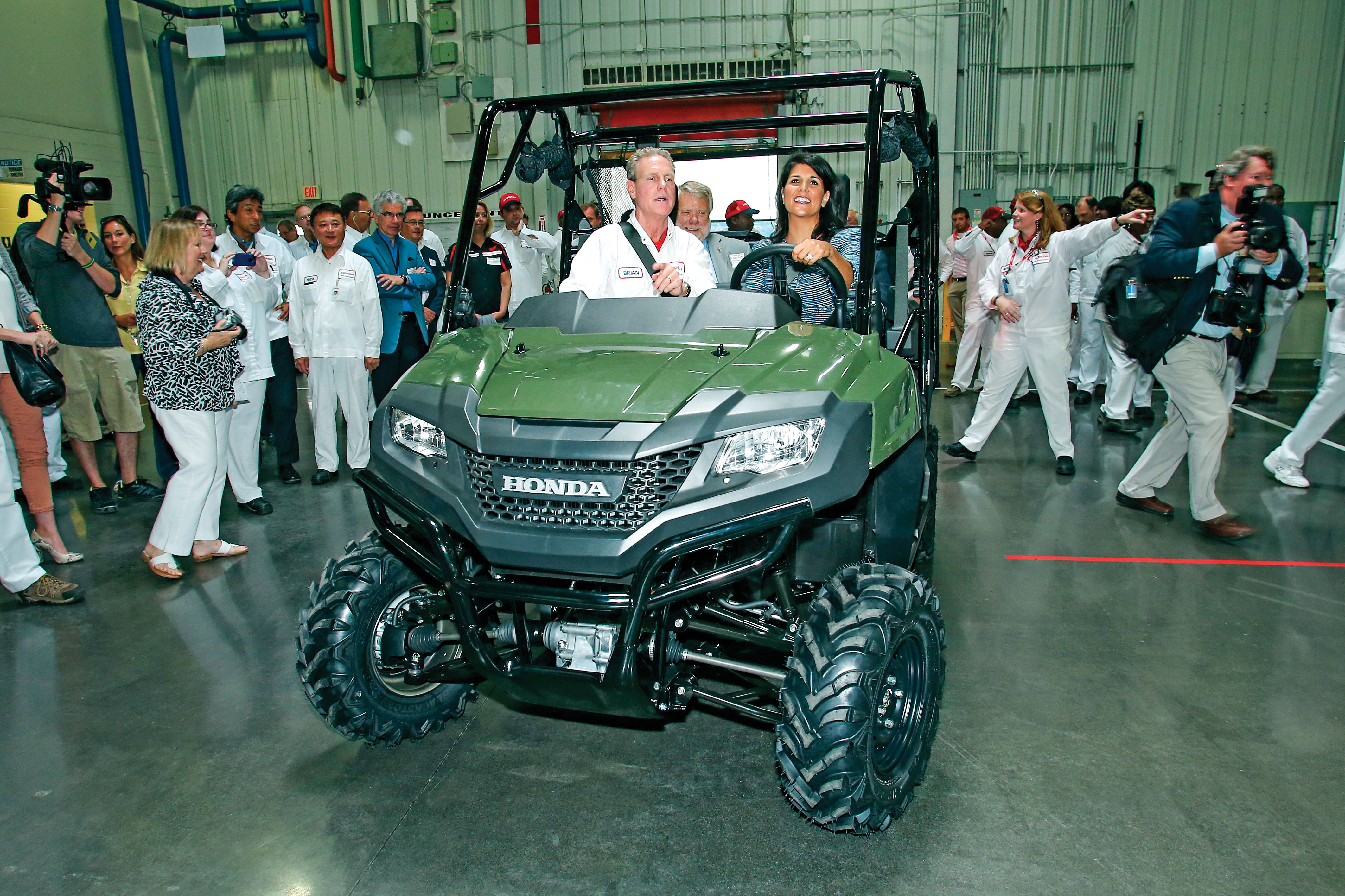 Earth Day organizers turned the April 22, 2017, event into some 600 March for Science marches across the planet, protesting President Trump’s reversal of overbearing EPA regulations and the Left’s war on fossil fuels. The optics were supposed to “prove” that the science on man-made global warming, aka climate change, is settled and that all skeptics are “climate deniers.”

Folks, this is the mother of all fake news. We’re told (by Al Gore) the Earth has a temperature, and that CO2 emissions are heating the planet, causing glaciers and polar ice caps to melt, and that rising sea levels will soon flood New York City (AI and The Day After Tomorrow). It hasn’t happened. In his 2004 techno-thriller novel, State of Fear, Michael “Jurassic Park” Crichton blows apart the Man-Made Global Warming (MMGW) fiction with actual climate temperature studies (six) and cites more that 100 climate scientists and authors. This thriller also shows how far the Greens will go to further their agenda(s), so I highly recommend reading it, because Hollywood will never make State of Fear into a movie.

If you have any fear or guilt that burning a little gasoline in your UTV is going to destroy the planet, rest assured, it won’t. What’s far more likely is that eco-freaks will sacrifice science on the altar of MMGW, because climate change is more religion than science. I hope all these Marches for Science do draw our youth into science, technology, engineering, and math (STEM) fields so that they learn what real science is.

Although I’ve never done any of that myself (except machining brake rotors), I understand the mechanical marvels science has created every time I press a gas or brake pedal. My education and training are pure STEM. In the college entrance exams, I scored in the 98th percentile in science and 97th percentile in math. I studied and practiced silviculture and have a bachelor’s of science in forestry; plus, I was schooled in geophysics and more as an oil-field service hand.

So, I’ve worked in forestry, growing the trees we hope to avoid hitting in our Side-by-Sciences. In forestry camp, I cruised timber and did bio-surveys—all scientific. Statistical formulas determine how many sample plots per acre are needed for an accurate study, and I’ve taken hundreds of measurements and core samples for tree-ring studies. Old-growth trees aren’t just trail-side obstacles and shade providers; they’re living historical markers, as they grow one ring each year. Core samples tell us, long before Al Gore’s highly inaccurate computer models, which years had the optimum conditions for fast growth (i.e., water, sun, CO2, climate).

That’s science. Science is also spotting trends, then identifying and performing experiments to prove or disprove your ideas. In the end, you form conclusions based on the experiments, present your work for peer review, and, if it’s never disproven, it becomes law. Einstein’s theory of relativity is still a theory instead of a law because nobody has been smart enough to prove or disprove it. MMGW isn’t even a scientific theory yet.

As a scientist, I know that this MMGW narrative is not science. Taking a five- or six-figure grant from the Sierra Club or some hedge-fund billionaire to “prove” the planet is warming is not science. The Sierra Club was paid $100 million by David Gelbaum in the early 2000s to shut up about out-of-control immigration threatening the environment. Some of that hush-up cash goes to grants to prove MMGW is real via increases of CO2, despite the fact that temperature readings across the USA and planet show a drop in temperatures from 1930 to 2000 (as laid out in State of Fear).

Science is not using one tree from a Siberian tree-ring study (dendrochronology), because only that tree supported the MMGW narrative. Cherry-picking samples isn’t science. In fact, if warming is real and it’s happening because of increases in CO2, that means farmers will get better yields from longer growing seasons and feed more people. CO2 has increased from 316 parts per million (PPM) to 376 ppm, and on page 387 of State of Fear, Crichton visualizes it this way: Imagine the Earth’s atmosphere as a football field. Starting at the goal line, nitrogen takes us 78 yards to the 22-yard line. Oxygen takes us to the 1-yard line, and noble gases like argon take us to the 3.5-inch line, pretty much the thickness of the chalk stripe. Of that 3.5 inches, CO2 is 1 inch, and the part that’s human-caused is 3/8-inch, less than the thickness of a #2 pencil. From the sidelines, you couldn’t even see the pencil!

Not only that, the climate-change pseudo-scientists ignore water vapor’s role in climate while vastly over-reporting CO2’s role. Politicizing science isn’t new; just ask Galileo Galilei, the Italian astronomer who was arrested for concluding that the sun was the center of our universe, not the Earth, in 1615. Galileo also invented the military compass, and his works led science to bring us GPS and now Polaris’ Ride Command. Thanks, STEM!

To us OHV enthusiasts, every day is Earth Day, so strap into your Side-by-Science and recycle some refined hydrocarbons so that our plants and trees can breathe better and grow taller. Also, take pictures of your rides and send them to UTV Action.

3 Important Reasons to Have UTV Insurance