THE NAME OF A UTV MATTERS 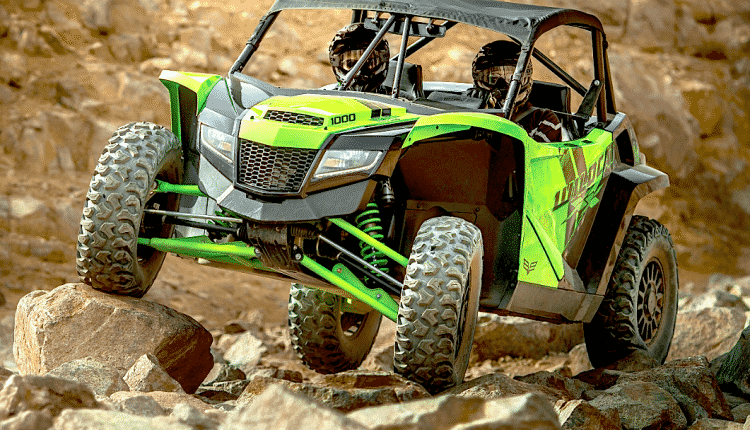 I think it’s true that the right name can make a UTV seem cooler, and a UTV that really performs well can make its name seem cooler. When both happen at once, as with the Polaris RZR, its a manufacturer’s dream. “RZR” is a great name for a UTV for several reasons—it’s aggressive-sounding and, like the similar-sounding word “razor,” it suggests sharpness and precision. It’s also a completely new name in the world of high performance vehicles, at least as far as I know. Maybe there was a RZR tennis racket or RZR vacuum cleaner somewhere along the line, but who cares? In any case, it was up to the RZR to uphold the coolness of its name, and it has. There was no cool to rub off from some other RZR vehicle that came before it. 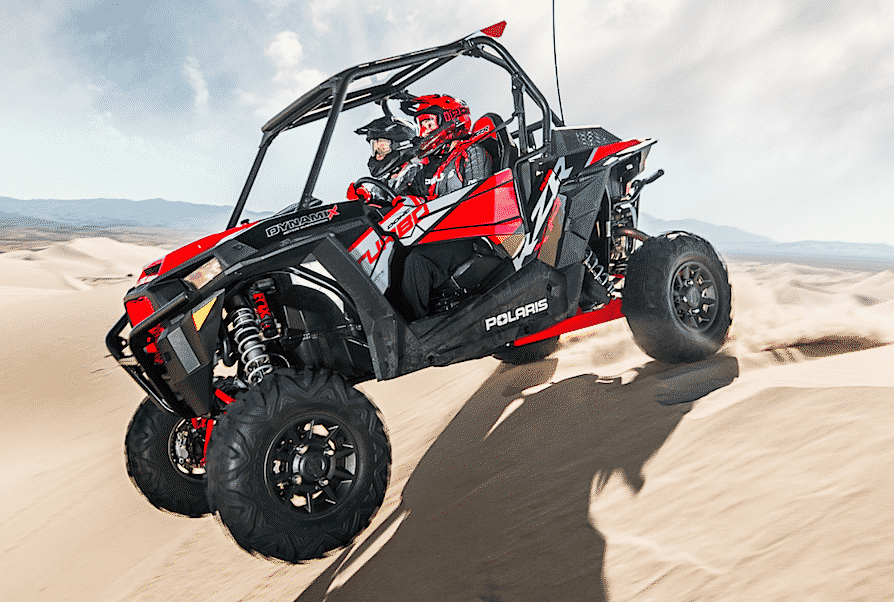 When a UTV gets the same name as another vehicle, it can be good or bad. If there happened to be a really cool high-performance machine with the same name out there already, some of the coolness would transfer to the UTV. The same thing happened when Yamaha’s Raptor ATVs benefited from the coolness of the Air Force’s F-22 Raptor fighter. The Raptor ATVs added more coolness to the name, and Ford’s Raptor pickup inherited a double dose of coolness when it came out. The truck is great too. It’s also possible for an existing vehicle to hurt a good name. Titanic sounds like a great name, but it comes with some unfortunate history attached to it. If a UTV gets a name that has a bad history, the UTV has to perform extremely well to offset the lingering negativity before it can even start to make the name cool.

To show you what I’m getting at, let’s look at a couple of good UTV names that aren’t exactly new. We’ll see if the UTVs have made the names cooler or if the names have made the UTVs cooler—or both, or if nothing happened. 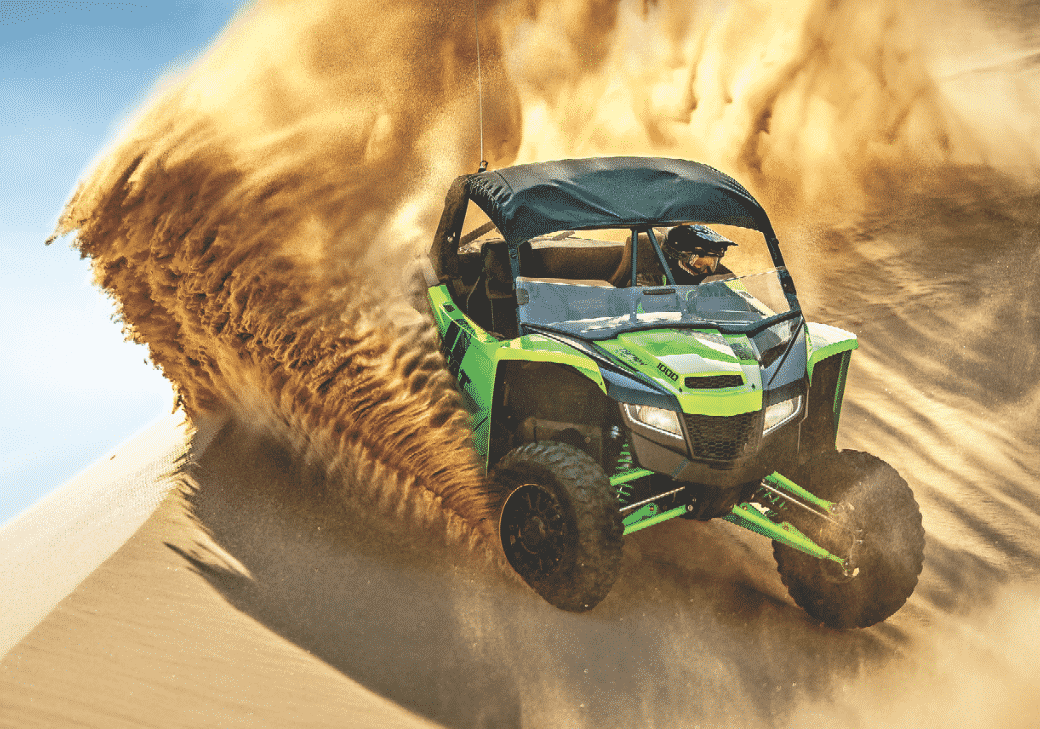 Wildcat is a name most UTV enthusiasts know well because of Textron’s impressive sport UTVs, and the name is sure to become even more famous thanks to the new Wildcat XX, which we test in this issue. Textron’s Wildcat isn’t the first, however. If you like early American muscle cars like I do, you’ll remember the Buick Wildcat. Like most muscle cars from the ’60s, the Buick Wildcat’s horsepower was way more impressive than its handling. Unlike Textron’s impressive, well-balanced Wildcats, the Buick engineers got the engine performance they were after and went with the idea that any handling is good handling. Out on the road, the Wildcat was less agile than grandma’s overfed house cat. Who knows what Buick could have accomplished if they got the vehicle’s weight under 2 tons.

I like Buick’s Wildcats, but I think Textron’s Wildcats have made the name vastly more cool by being true high-performance machines that back up the name with power and handling rather than relying on the name to imply performance that isn’t there. 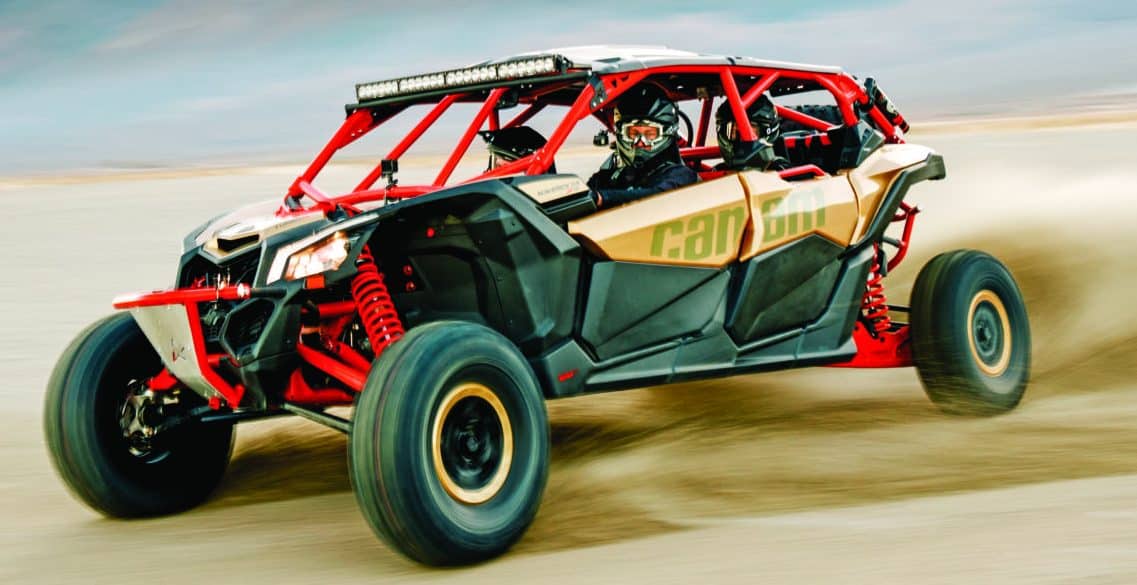 Maverick is a cool UTV name that just gets cooler with every new high-performance vehicle Can-Am puts it on. There was a four-wheeled Maverick long before Can-Am had one, and it’s a good thing most UTVers never heard of it, because it wouldn’t have helped the Can-Am Maverick’s performance image one bit. The Ford Maverick was sold from 1969 to 1977 and was marketed as an economy car with almost no aspirations for performance, which was honest because it didn’t deliver any. Its base six-cylinder, 2616cc push-rod engine wheezed out a mere 105 horsepower, enough to help the nearly 3000-pound Maverick keep up with traffic, but not much else. Can-Am didn’t just reuse the Maverick name, it completely revived it and gave it coolness it never had. Ford probably still owns the rights to the name when it’s used for a road car, so who knows when the next Ford Maverick might be like. Ford might take advantage of the performance image Can-Am has given the Maverick name and use it for a sports car with some serious acceleration and handling, or maybe a compact version of the high-performance, off-road-capable Raptor pickup.

Can-Am’s Belt Change Tool: Here’s how to use it

Put A Raptor Body On Your Maverick X3