BEHIND THE WHEEL OF THE HONDA TALON X4 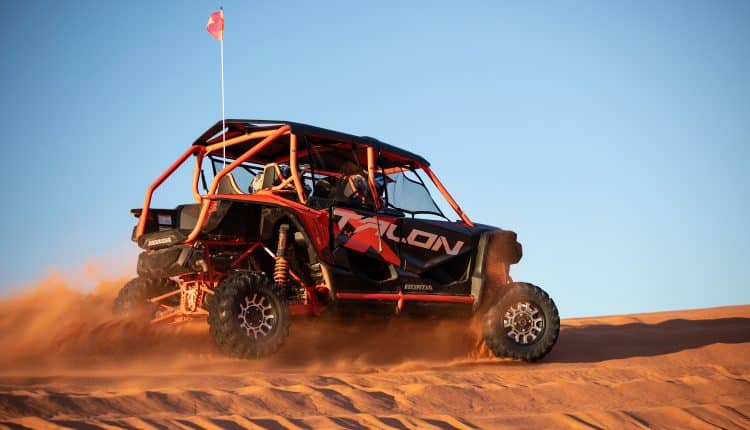 Honda’s Talon UTVs were the sport’s most eagerly anticipated machines partly because of the large number of loyal enthusiasts. However, Honda wasn’t trying to build suspense;  it spends more time testing and developing its vehicles than other manufacturers, giving them the outstanding track record for durability, quality, and reliability. 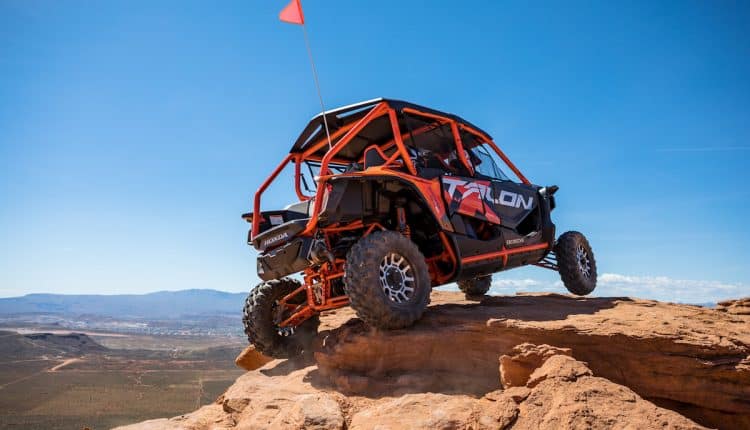 The 64″ machine is based on the Talon X platform, but with a 116″ wheelbase and 104 horsepower. It might not sound like much, but the beltless DCT gives the Talon X4 plenty of boost topping out at about 68 mph. Honda dealers offer a turbo kit that will bring the power up to 170 horsepower.

The Talon’s suspension is fine for fast trail riding. Even at a quick trail pace, we liked the Fox QS3 shocks to set to full soft. However, the Fox Live Valve model felt more comfortable for cruising and was more capable at more sporty speeds. The magic carpet riding setting will only cost an extra two grand, but it’s totally worth it. The cars handling is so nimble that we almost forgot we were driving a four seater. The I-4WD works great for pulling you up rocks and hills, but it also works great for keeping you stable through corners and sticky terrain.

Honda is known for attention to detail and the Talon upholds the tradition with impressive touches all over the machine. All the the seats are roomy, with  just-right firmness and openings to accommodate harnesses. The staggered stadium seating makes the backseat passengers feel like they aren’t backseat to all the excitement. There are large cup holders for everyone in the car, plus a big glove box and spacious under-seat storage. Although the fuel tank is a smaller 7.7 gallons, we got outstanding gas mileage. 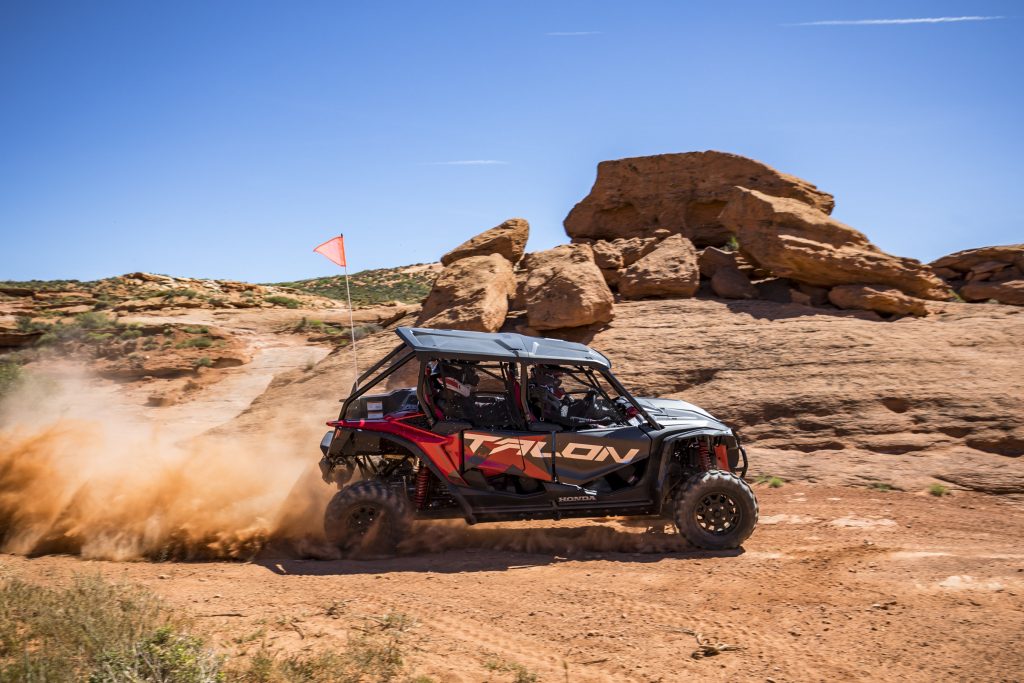 Overall Honda’s 64-inch wide sport four seater is something special.  It’s not cheap, but you get a versatile, beltless transmission, an engine that delivers more than you expect and the quality and durability that has made Honda the most popular name in motorsports.