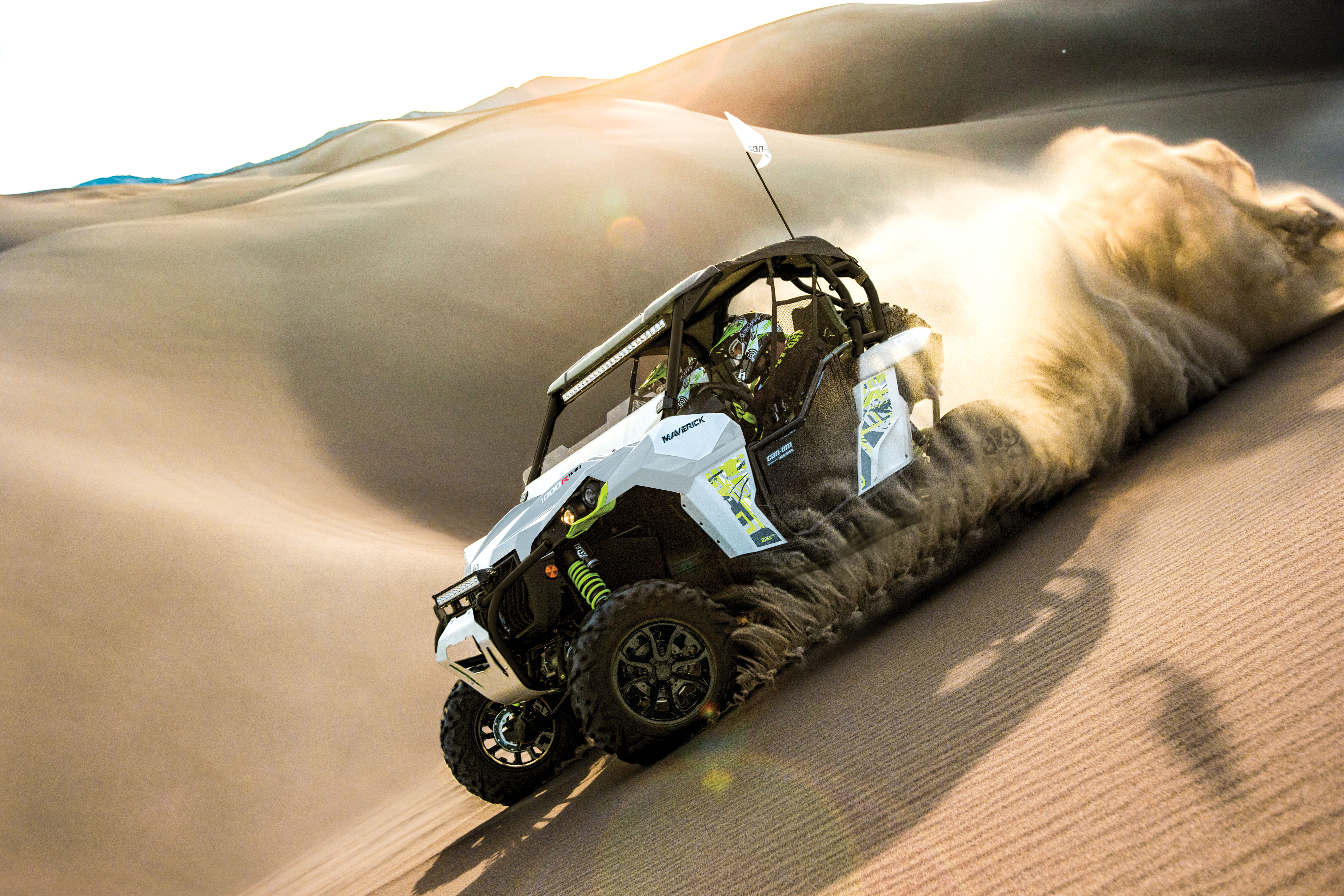 Performance-minded UTVers are bound to wonder why the highest-horsepower UTVs are all turbos rather than 1200cc, 1500cc or even 2000cc non-turbo machines. When you want to generate more power at the lowest cost, the old saying, “There’s no replacement for displacement” is still true, so why do manufacturers go to the trouble of offering turbo UTVs under 1000cc that are likely more expensive to engineer and manufacture than simpler, more powerful large-displacement machines? It would be fairly easy for any manufacturer to produce a 2000cc, 175-horsepower UTV that would probably be less expensive than a turbo machine with similar power, because the naturally aspirated engine wouldn’t need the turbo, the intercooler, the extra intake and cooling ducting, and more complex engine-management system. All that, and the larger naturally aspirated engine could have broader, more easy-to-use power that many drivers would find appealing. Would the bigger engine be heavier? Not necessarily. 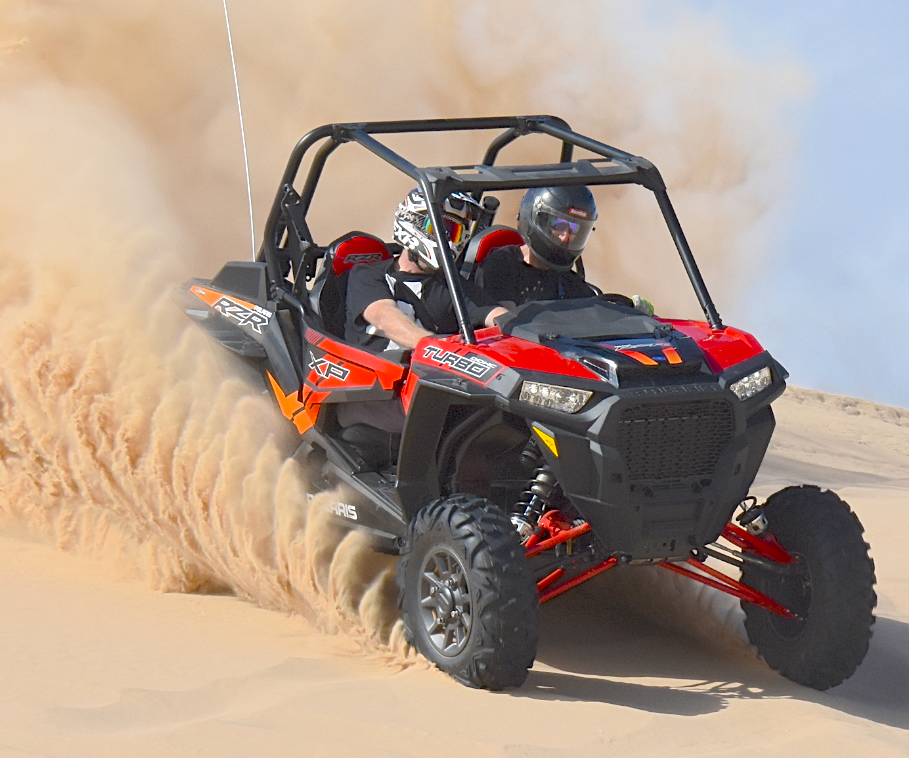 It all has to do with the way individual states and racing organizations define a UTV, and the fact that manufacturers need to offer machines that comply with all the different rules out there. Manufacturers aren’t forced to comply with what states and racing groups say a UTV is, but there’s no sense in offering a machine owners can’t use, because they won’t buy it. There are a lot of detail differences from state to state and among racing organizations, but from what I’ve seen, most states and racing groups include the part of the Recreation Off-Highway Vehicle Association’s (ROHVA) UTV definition that says UTVs have engines “up to 1000cc” in their regulations. Since the 1000cc limit is so widely accepted, manufacturers have decided to build machines no larger. It’s not ROHVA’s fault manufacturers don’t make UTVs larger than 1000cc; it only provided a definition that was convenient to use, and state governments and racing organizations like to use existing definitions rather than write their own. 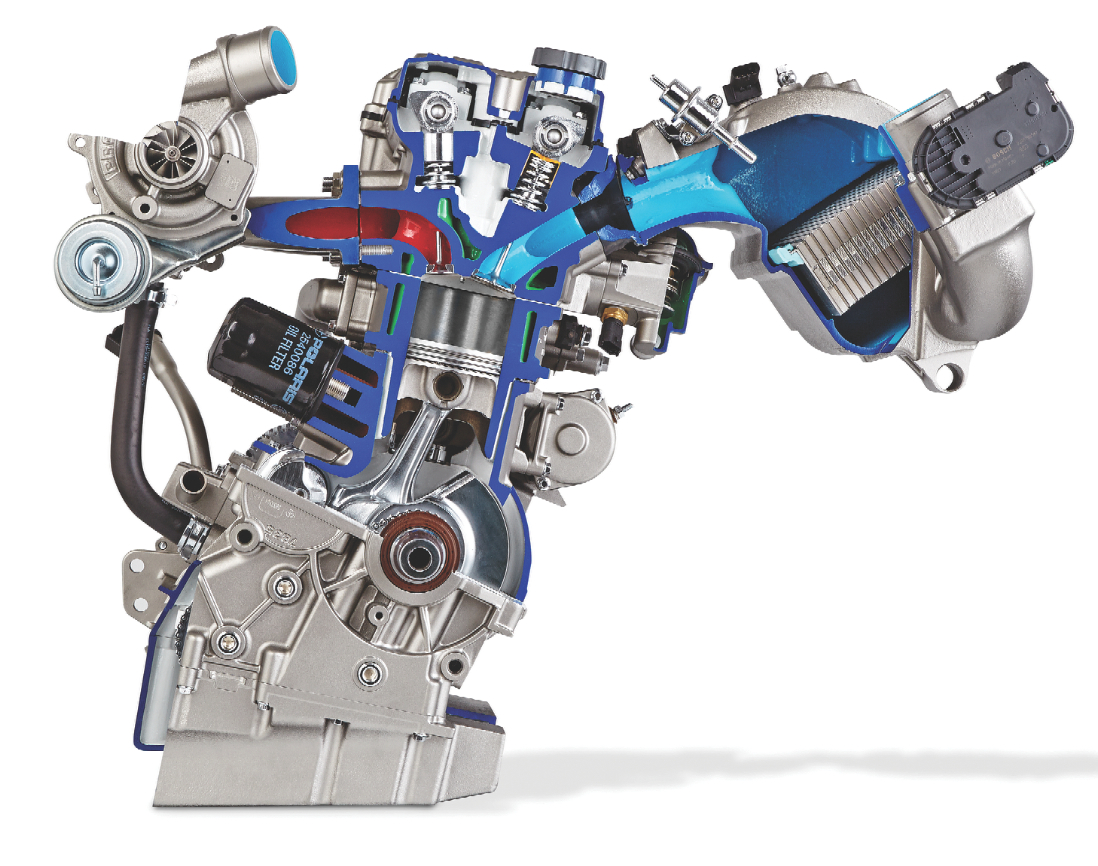 When the ROHVA UTV definition was written, perhaps nobody thought UTV users would want more power than naturally aspirated 1-liter engines could offer, but we did, and turbos were the best way to offer extra power without extra displacement. I had reservations about the turbo route to more power at first. In off-road vehicles, simplicity is usually better than complexity, but I’ve been very impressed with the power delivery and the amount of power turbo UTVs have offered from the beginning, and they keep getting better. Turbo lag—the delay in power delivery that some turbo engines have as they build boost after the throttle is applied—is practically nonexistent on the Polaris and Can-Am turbo UTVs I’ve driven. These machines have incredibly crisp throttle response, pull from low revs like well-tuned, large-displacement engines and have incredible top-end power. I’m also surprised how reliable all the turbo machines are, but I really shouldn’t be. Can-Am and Polaris both had many years of experience with turbo power before they brought it to their UTVs. 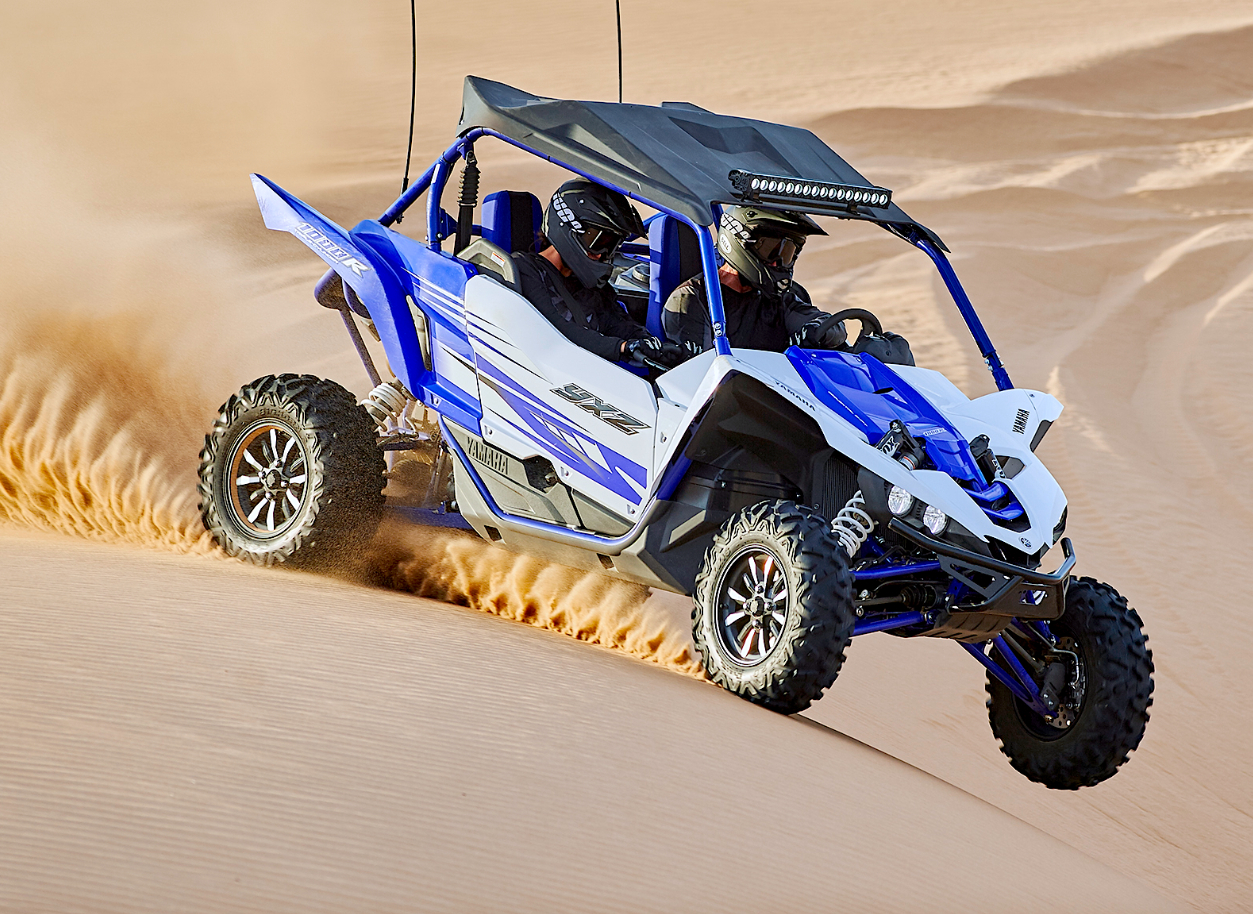 As great as the turbo UTVs we have are, some UTVers are bound to wish for the big-displacement machines we don’t have. At this stage, I don’t see it happening. All the states and racing organizations would have to change their definitions of what a UTV is, and there’s no incentive for them to spend the time and money that would cost. 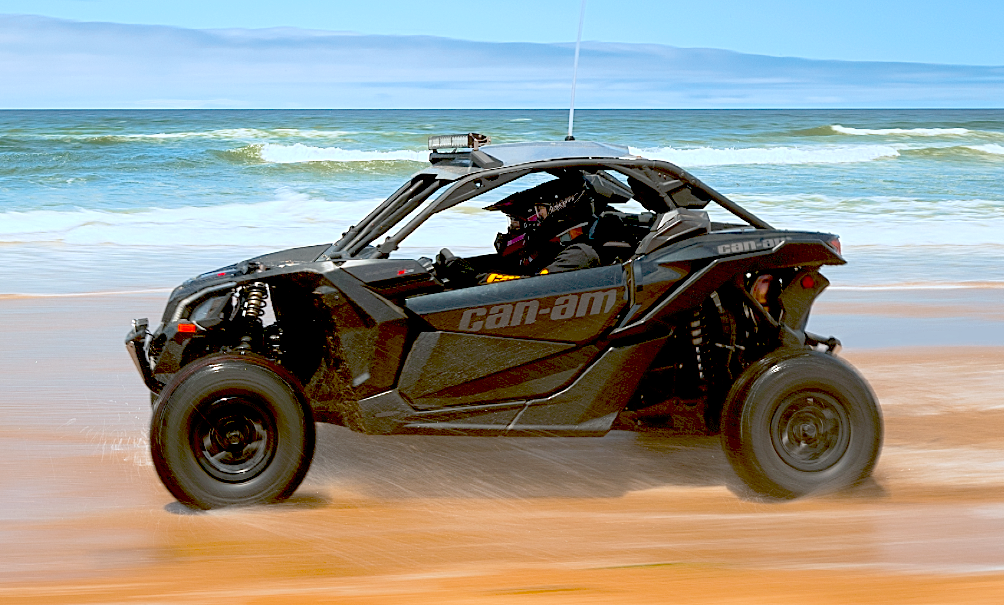 If you’re concerned that UTVs will never have more power than they have now, don’t worry. First, take a good ride in a non-turbo 1000cc machine. I have a feeling you’ll be shocked at how fast a 110 horsepower Polaris XP 1000, a 101-horsepower Can-Am Maverick, a 114-horsepower Yamaha YXZ1000 or a 90-plus-horsepower Arctic Cat Wildcat 1000 is. Depending on where and how you ride, you may not need any more power than naturally aspirated machines offer, much less the muscle of today’s turbos. Next, try the turbos we have now. I think you’ll be pleasantly overwhelmed, but if you honestly feel you need more power, just wait. Polaris made the jump from 144 horsepower on its 2016 RZR XP Turbo to 168 on the 2017 look easy, and Can-Am’s latest X3 now makes 172 horsepower. The way things are going, I think turbos can get us all the power we want while staying under 1000cc.

THE AUGUST 2017 ISSUE OF UTV ACTION