The 55th running of the SCORE Baja 1000 would finish off the 2022 UTV season, and the 828.5-mile course was a brutal figure-eight of northern Baja, with recent rain causing wash-outs in some areas and gnarly silt plaguing others. The course started outside of Ensenada, headed east to Ojos Negroes and the Highway 3 KM77 then up to the bottleneck-prone summit before heading south for the San Felipe/Matomi Wash loop. It snaked around to the gnarly Mike Sky Ranch road and up another huge climb towards the Observatory and down to the Pacific coast. It hooked onto the cross-over road back towards Valley Trinidad but then dropped into nasty tight canyon trails all the way to Valley T before heading back to Ojos and the finish. A total off 55 UTVs would tackle the extremely-challenging course.

Austin Weiland was coming off of Pro Turbo wins in the Baja 500 and 400, but a DNF at the San Felipe 250 had him out of the series points. Wes Miller, Marc Burnett, and Matt Burroughs all had a chance at the 1000 to win the championship, as SCORE awards points both on the length of the race and number of entries in the class. Whoever beat the other two would take the title. Burnett chose to start the 1000 last, so everyone his team caught would would mean he had already passed them on adjusted time. Weiland started up front and pretty much led all day, racing to Race Mile 475 and handing off the #2954 X3 to Dylan Schmoke. The team had a few small issues but won by 13.5 minutes over Can-Am teammate Phil Blurton on the tight and technical loop.

RJ Anderson teamed up with brother Ronnie and dad Randy, and he came through Rancho Nelson (RM15) mudpack in the turbo field. He drove to RM280 and handed off to Ronnie, who drove to RM 680. Randy said he had done 25 or 30 Baja Mils but this was special because he got to do it with his kids. They finished third Pro Turbo. Wes Miller came through Rancho Nelson second behind Weiland but would ultimately DNF. Burnett got in the #2905 Monster Mav at RM205 and had pre-run extensively to make up time on the San Felipe loop. He worked up to seventh but had to replace the steering box and lost many positions. Changing out the steering had damaged some wiring, and he started losing voltage and comms. The team found the trouble and fixed it, and Marc put on another charge, only to break the frame at the left trailing-arm pivot at RM 680.

Burroughs started third and drove to RM 160, and he had relatively little trouble, getting stuck in a bottleneck over the summit. Brad Howe got in the raced 440 miles, mostly at night, and handed the #2948 Monster Maverick back to Burroughs at RM600. The team suffered one flat, which was amazing considering all the rocks on the brutal course. 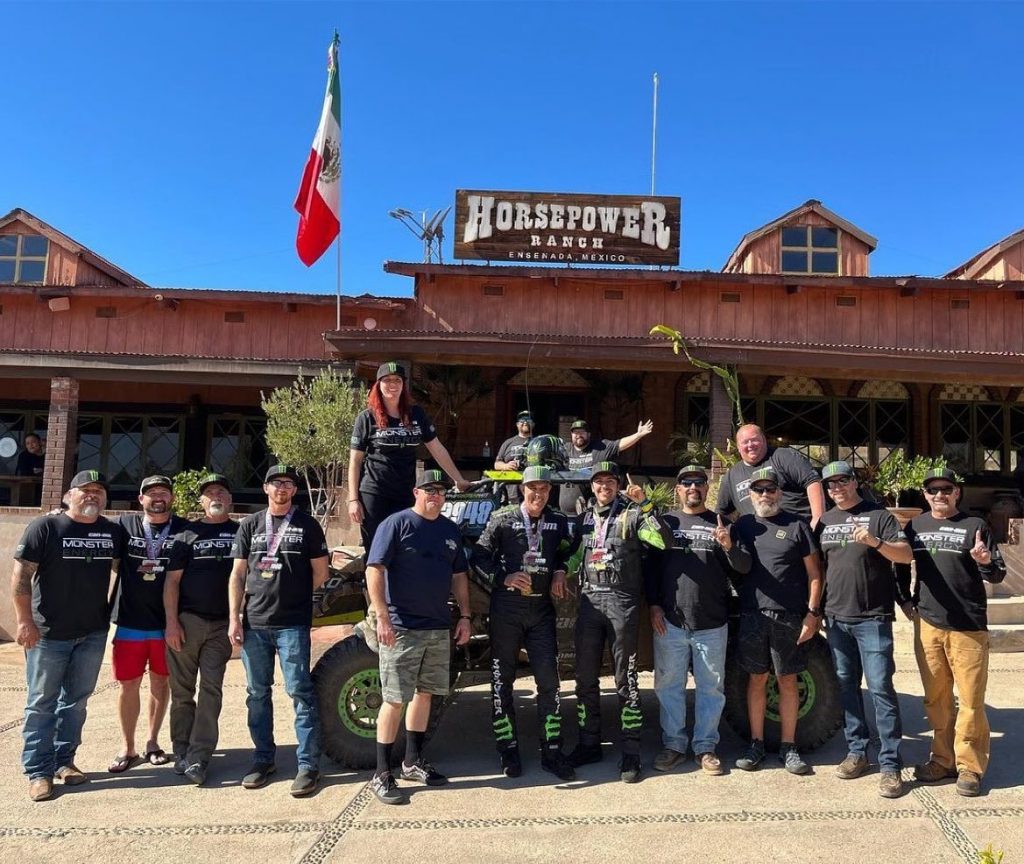 In Pro NA 1000s, Kaden Wells led the early miles but dropped way back when they had to reflash the ECU to fix a poor-running engine at Ojos Negroes. That fixed, Kaden pinned it and had gotten towards the front by KM77. He got a flat over the summit and handed off to Wayne Lambert, who drove from RM 395 to RM680. Lambert said, ” It was a great run, and we worked our way around a bunch of bottlenecks, with some big trucks stuck on some of the silt hills. The car rocked the whole way; we could probably do another 1,000 miles.”

Wells and Lambert would win the Pro NA 1000 class ahead of the Proctor Factory Honda Racing Talons of Zach Sizelove and Elias Hanna, and also take the season championship. 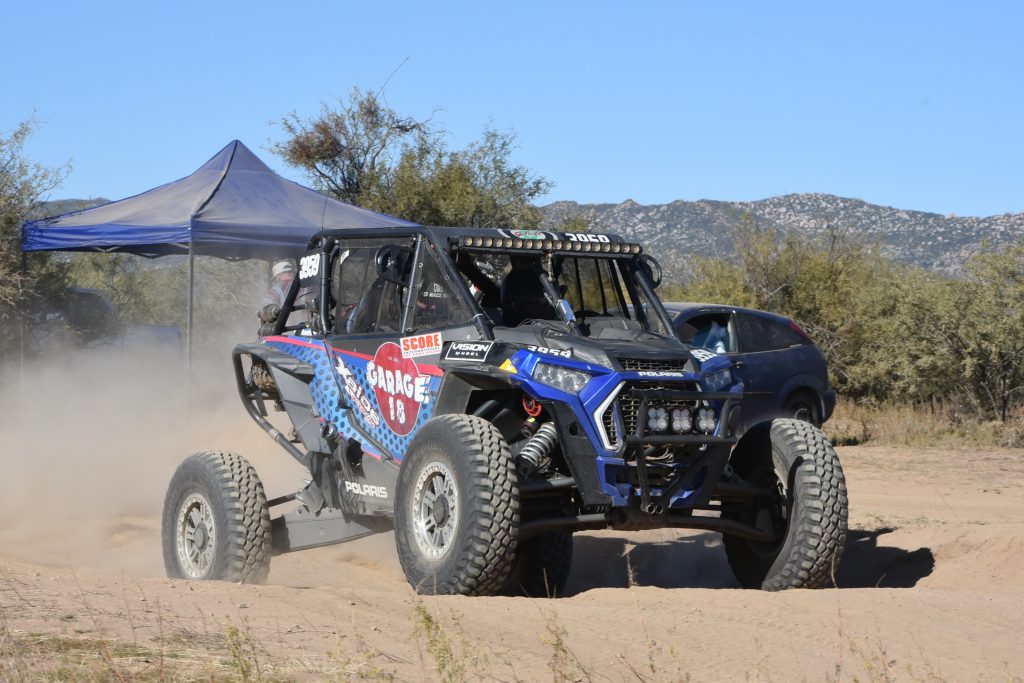 BOUNCING BACK IN BAJA

MADE IN THE USA OPEN TRAIL WINDSHIELD