In series points, Rodney VanEperen had taken over the Pro Mod UTV points lead at Bark River, despite Andrew Carlson winning  Round 10. Rodney had nine podiums and two wins on the season,  while Carlson had four wins. In Pro Stocks, defending champ CJ Greaves and Brock Heger had traded wins in the first four weekends of racing, but Heger stopped the streak by sweeping Bark River.

Pro-Am UTVs have been a battle between Tyson and Dylan Marquardt the whole season, and Tyson needed to beat his brother by 11 points to score an upset championship. Tyson won Friday after Dylan led early, dropped to 12th, then fought his way back to 8th. Chase Kleist was second to Tyson with Jake Komecki third for an all-Yamaha podium.

Sportsman UTVs saw Dustin DeGrand score his first win of the series; he led from start to finish for his second podium of the series. John Kummer was second, while championship contender Derek Tilkens was third for an all-Yamaha podium. Points leader Colin Kernz started 12th and worked up to 6th, which gave Tilkens a 3-point lead heading into Saturday. 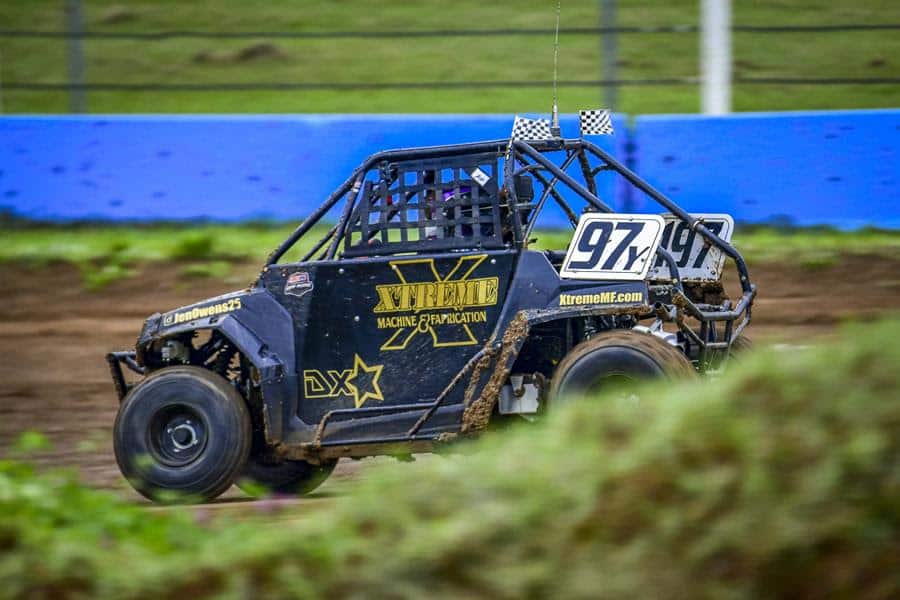 Jennifer Owens made the trek from Arizona to win the 170 UTVs ahead of Corbin Wassenberg and Kody Krantz for an all-Polaris podium. Krantz would have a one-point lead over Eliah Holtger heading into Saturday’s last round.

Pro-Am action on Saturday was again all about Tyson Marquardt, as he scored his sixth win of the season, but Dylan was second Saturday to win the championship over his brother by just two points. Chase Kleist was third, and Yamahas took the top eight spots.

Sportsman UTV action was also hot Saturday with the title fight between Tilkens and Kernz, but Jake Jorgenson and his Arctic Cat took the win ahead of Kernz and Friday’s winner DeGrand. Jorgenson took the lead on the third lap and held off Kernz for his third win of the season. Tilkens took the last checkers of the season in 6th, so Kernz won the Sportsman championship by 6 points. 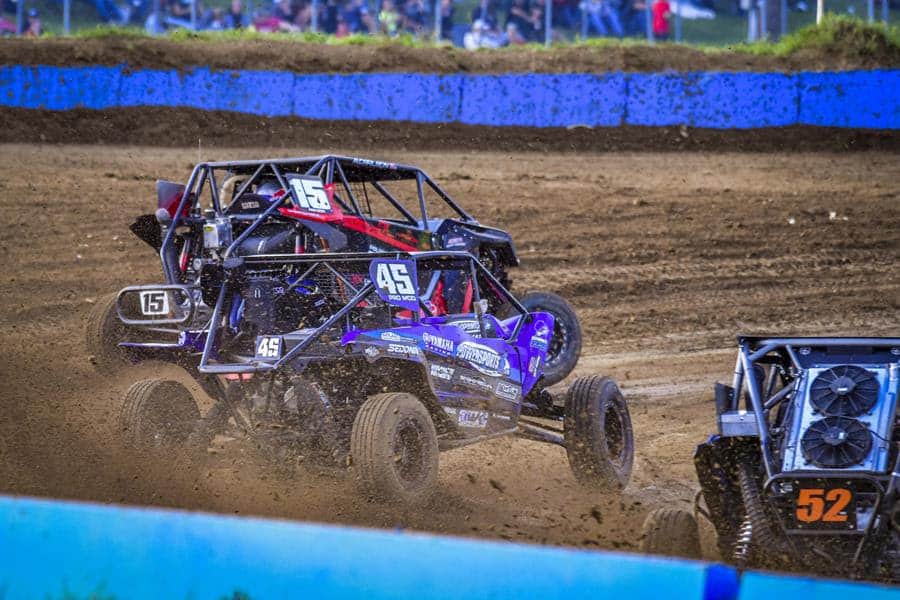 In the Pro Mod UTV main, Andrew Carlson (15) and Rodney VanEperen (45) fought over the lead and championship, with Ronnie Anderson (52) a close third in early laps. Carlson held off VanEperen for his fifth win of the season, but Rodney finished second and clinched the championship. Scottie Lawrence was third for Can-Am, with former Pro Mod champ Kyle Chaney fourth.

In Pro Stock UTVs, Brock Heger only needed to finish 22nd to win the championship from CJ Greaves. The duo started outside the top five and worked up to the lead as they battled. Heger held off Greaves for the win and the series championship.