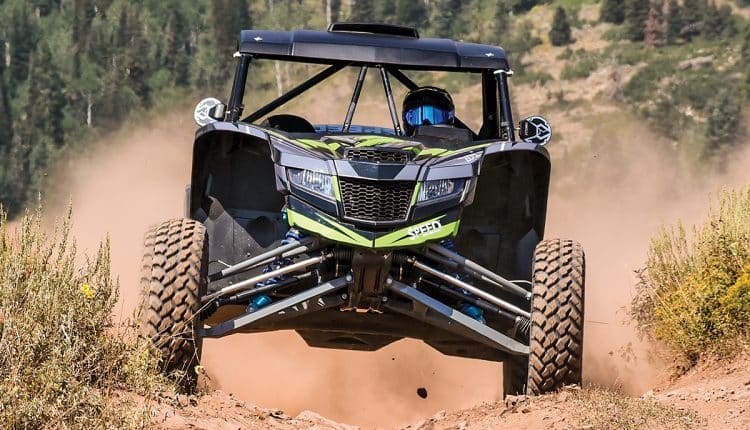 — How Robby Gordon’s Race Shop sets up a fast Cat —

Robby Gordon and Todd Romano built the stellar Textron Wildcat XX from the ground up, starting with the 998cc Yamaha triple powerplant and Wildcat differentials. Early test mules even had the Speed 77 Pro-charger kit for race testing in Baja, and Speed has been developing a full line of performance upgrades and accessories alongside the now-production Wildcat XX. While the XX has earned race wins and accolades, including being named UTV Action’s UTV of 2018, there is always room for improvement. Since the release of the production XX, Gordon and Romano have been trying different setups, and they’ve enjoyed an amazing performance progression. We met with Romano to check out his Speed 77 Wildcat XX on his stomping grounds.

Gordon owns the patents on the Wildcat XX suspension arms and six-point cage, so if you want to add long travel to your XX, Speed (www.speedsxs.com) is the only game in town. The Speed Wildcat XX long-travel suspension kit can be ordered in 77-inch or 72-inch widths, with the Speed 77 kit being for SCORE International and Best in the Desert (BiTD) racing. Both kits include 4130 tube upper and boxed lower front control arms, boxed trailing arms, Heim joints, offset tie-rods, axles and brake lines. The control arms are designed to Trophy Truck standards but sized for UTVs, and the 77-inch kit we tested produces 22 inches of front and 20 inches of rear travel. Both kits allow the use of the OEM Fox Podium QS3 shocks, which must be sent to Robby Gordon Motorsports for re-valving ($999), and both XX LTS kits retail for $5900.

However, Romano’s XX also sports the 2.5 front and 3.0 rear Speed Edition King Racing Internal-ByPass (IBP) piggyback shocks with finned reservoirs upgrade ($5700). Whereas Fox IBP shocks on RZR and X3 Turbos have offset bypass ports controlled by reeds in each inner shock tube, King IBP shocks use a multiple-piston design. The aluminum 18-click compression adjuster on the reservoir also alters rebound to simplify shock tuning, and Speed Edition IBPs also have a new spring package. Romano had disconnected the XX front torsion bar and tuned out body roll with front cross-overs, but we tried new front links, and he really liked the setup. The Speed 77 XX also sports Speed XX Billet Racing Hubs and Rotors ($800 a pair). The larger rotors upgrade braking power, while the 7075 billet-aluminum hubs shave 3.3 pounds per corner, for a total savings of 13.2 pounds. This lets the XX accelerate and brake quicker. Speed also has XX offset tie-rod kits in 64-inch ($399), 72-inch ($450), and 77-inch ($450) lengths. The oversized 7075-aluminum tie-rods have an off-set on one end to clear CV boots while running larger tires.

We went above 10,500 feet elevation in Utah, and the Speed 77 Wildcat XX’s power was much stronger than the production XX we drove at 2000–3000-foot elevations. This is with a stock motor sporting Speed’s ECU ($499) and prototype dual exhaust. Speed’s ECU eliminates the speed limiter for a top speed of 91 mph (with 32-inch tires) and also disables the torque limiter. The tune increases bottom-end response and allows two-foot braking for race starts and setting up turns. It also raises the limp-mode temperature from 210 to 225 degrees and sports the full Gordon/Romano race tune.

Being racers, Gordon and Romano developed high-tech Wildcat XX Window Nets that have aluminum frames fitting the contours of the XX cage and doors, along with security pins and gas-assist lifts. These nets are SCORE- and BITD-legal and have built-in mounts for Assault 6061-T6 billet-aluminum side mirrors with Speed bezels ($330 a pair); nets are $899 a pair. Combine the nets with Speed’s Wildcat XX roof, which is 1/4-inch plastic with mounting hardware for $399.99. It’s designed with a top vent for positive pressure and dust-free driving with a half or full windshield. It also accepts a rear light bar or turn signals.

Owners can also add Speed style with a billet gear shifter ($69.99) with removable green, white or orange side plates with Speed logos and ergonomic contours. Speed also designed an iPad mount and cover ($349.99) for mounting an iPad Mini for use as a GPS or audio source, or go with Speed’s Rugged Radio mount plate ($64.99) or a complete Rugged radio/intercom kit for $1299. 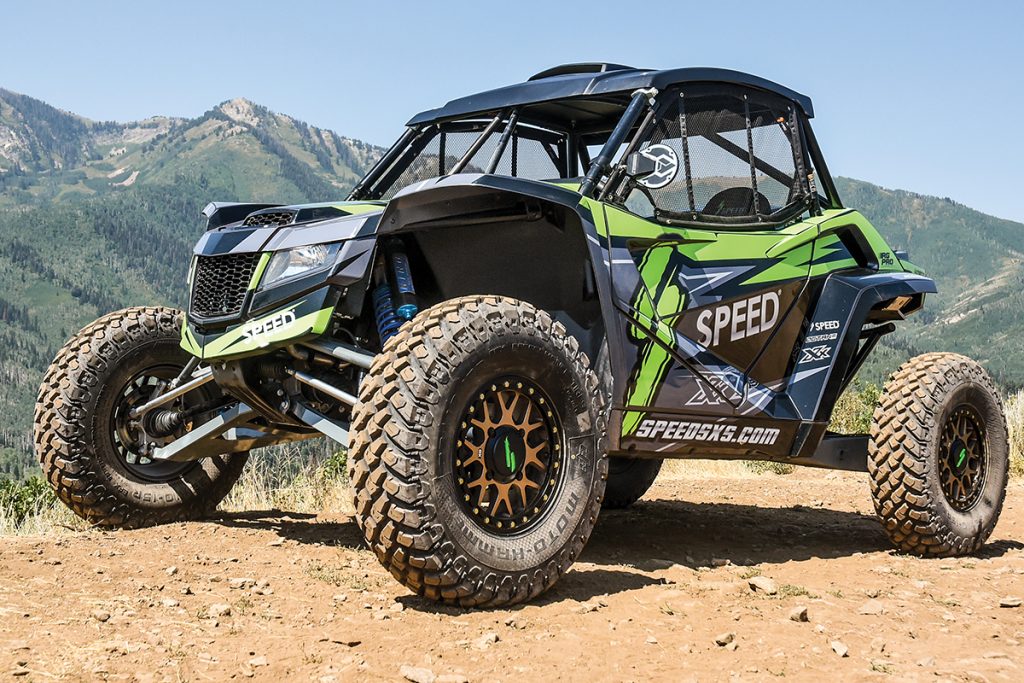 GET YOUR $25 GIFT CARD> https://hi-torque.com/product/utv-action-holiday/