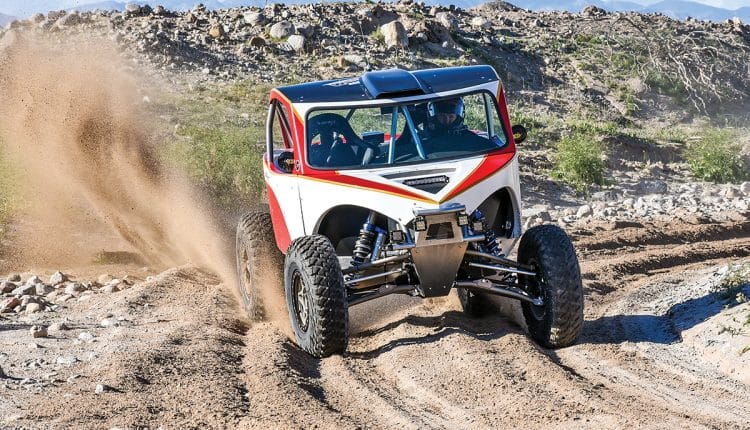 When Honda first introduced the Pioneer 1000, several racers expressed interest in turning that innovative UTV powerplant into a racing machine. We knew Honda was working on its own sport UTV, as we’ve reported on the all-new Talon over the last few months, but Reid Nordin of Walker Evans Racing (WER) couldn’t wait for Honda to release the Talon, so he had Russ Wernimont Designs (RWD), father of the modern-day Trophy Truck, build this RWD/WER Honda.

Wernimont, who specializes in custom Harley-Davidsons these days, has built Trophy Trucks for Walker Evans, Robby Gordon, Scott Douglas, Scott Taylor and many other off-road legends, so Nordin and WER called upon RWD to convert a Honda Pioneer 1000 into a miniature Trophy Truck with long-travel suspension. Wernimont designed and fabricated the racing chassis, long-travel suspension system and exhaust system. The RWD Honda delivers 18 inches of front and 18 inches of rear travel utilizing Walker Evans Velocity Series 2.5 shocks. The RWD rear suspension is of Trophy Truck design and isn’t that far off of Honda’s Talon 1000R long-travel system. 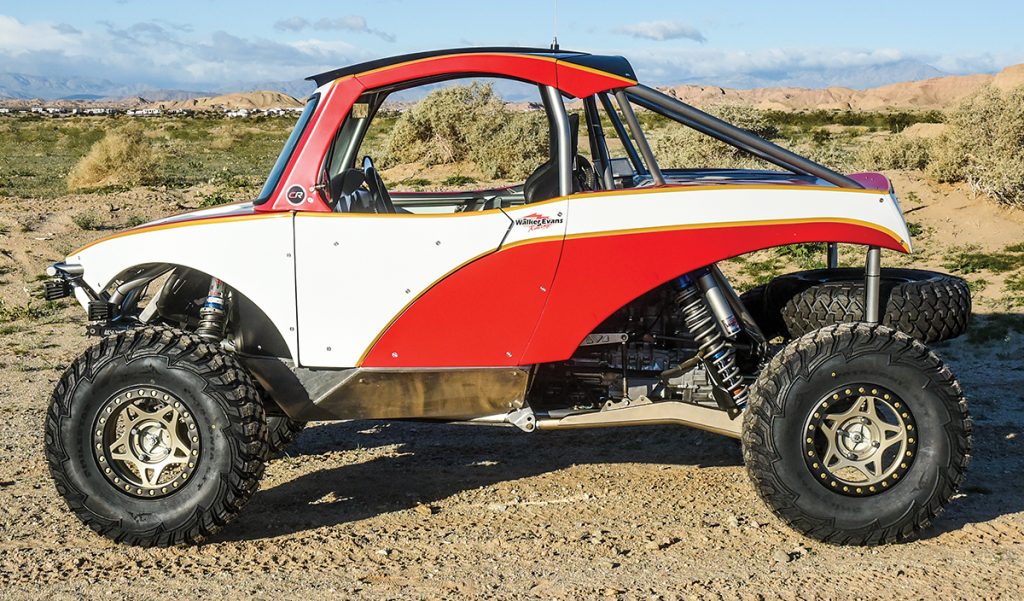 The RWD/WER Honda build uses the Pioneer 1000 engine with Dual-Clutch Transmission and i-4WD system. Electrics and the cooling system are Pioneer 1000, but the intake is modified UMP, and the RWD exhaust routes into a Bassani muffler. Differentials are Pioneer, but the axles are by CMI. RWD used the stock Pioneer brake calipers without the LE’s Electronic Brakeforce Distribution System (EBD), but rotors are oversized RWD for the higher speeds and braking forces. Wheels are WER 15×6 beadlocks shod with Milestar Patagonia 32-inch tires.

“King Adam the Great” built the body, with SDI Dzus fasteners anchoring the body panels after San Diego Powder Coating put the finishing touches on the RWD chassis, and the cockpit is full race. MasterCraft HS-1 full-carbon racing seats replaced the Pioneer bench seat, and MasterCraft also supplied the safety harnesses. The steering wheel is by Momo, control switches are by sPod 4×4, and the communications and fresh-air systems are by Rugged Radios. The mini Trophy Truck also has navigation by Lowrance and Lead Nav, along with race lighting by Rigid Industries. LTI did the custom plating. Funco did the roof scoop, and the skid plates are Factory UTV UHMW. Racing graphics are by Platinum Protection.