While it’s been the norm to use a safety whip flag in the dunes for decades, now the state of California is making them mandatory at two major riding areas.

According to the state, a whip is any pole, rod, or antenna securely mounted on the vehicle that extends at least eight feet from the ground’s surface and must stand upright when the vehicle is stopped.

The requirement calls for the following:

Expect more ride areas to follow this law. Whip companies will be happy to hear this. Plus, we agree it’s safer to run a whip than not to.

Are you considering a different whip option and are in need of a unique mounting solution? Sector Seven’s  Accessory Mount solves that issue. The fully adjustable mount will fit 1.25-2” roll bar tubing and can position your whip at any angle. You can use the mount for pod lights or other accessories as well. Get yours for $117.95 in the www.sectorseven.zone 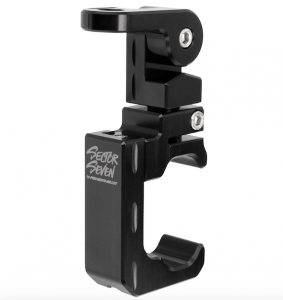