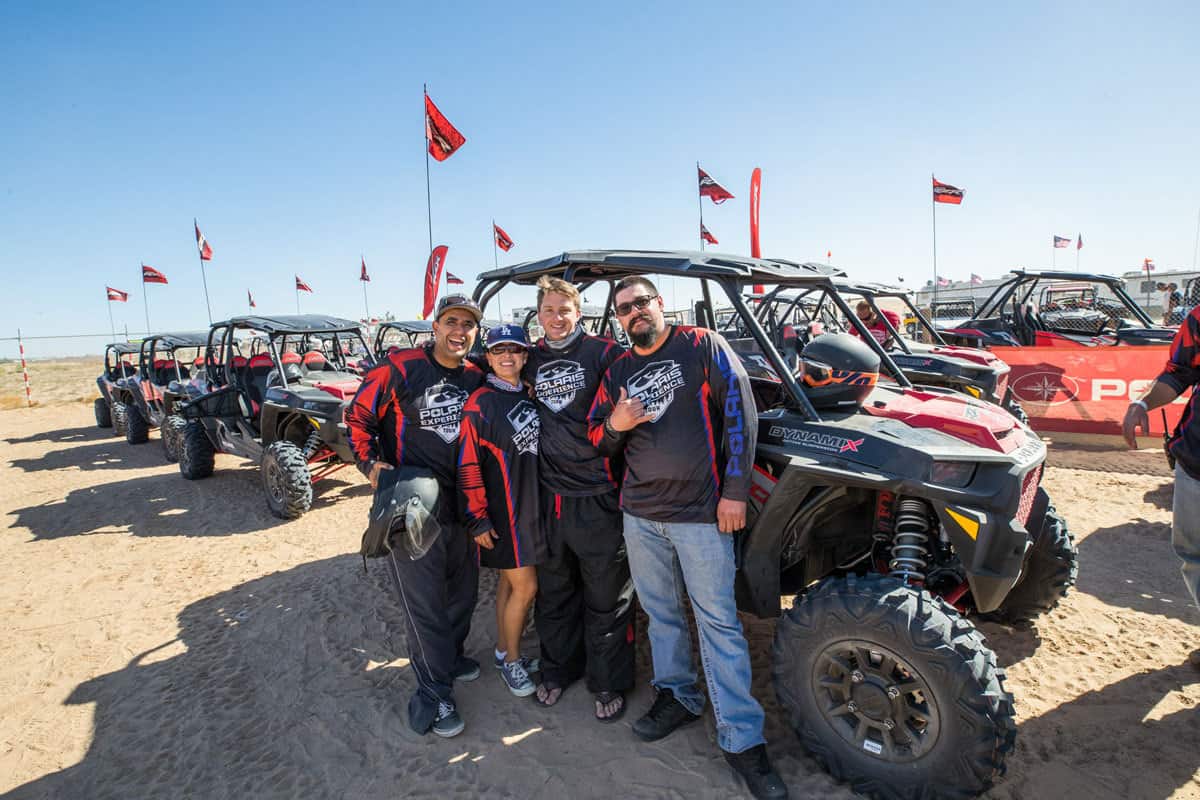 To celebrate 10 years of the RzR machine, Polaris decided that they had go big or go home for Camp RzR. 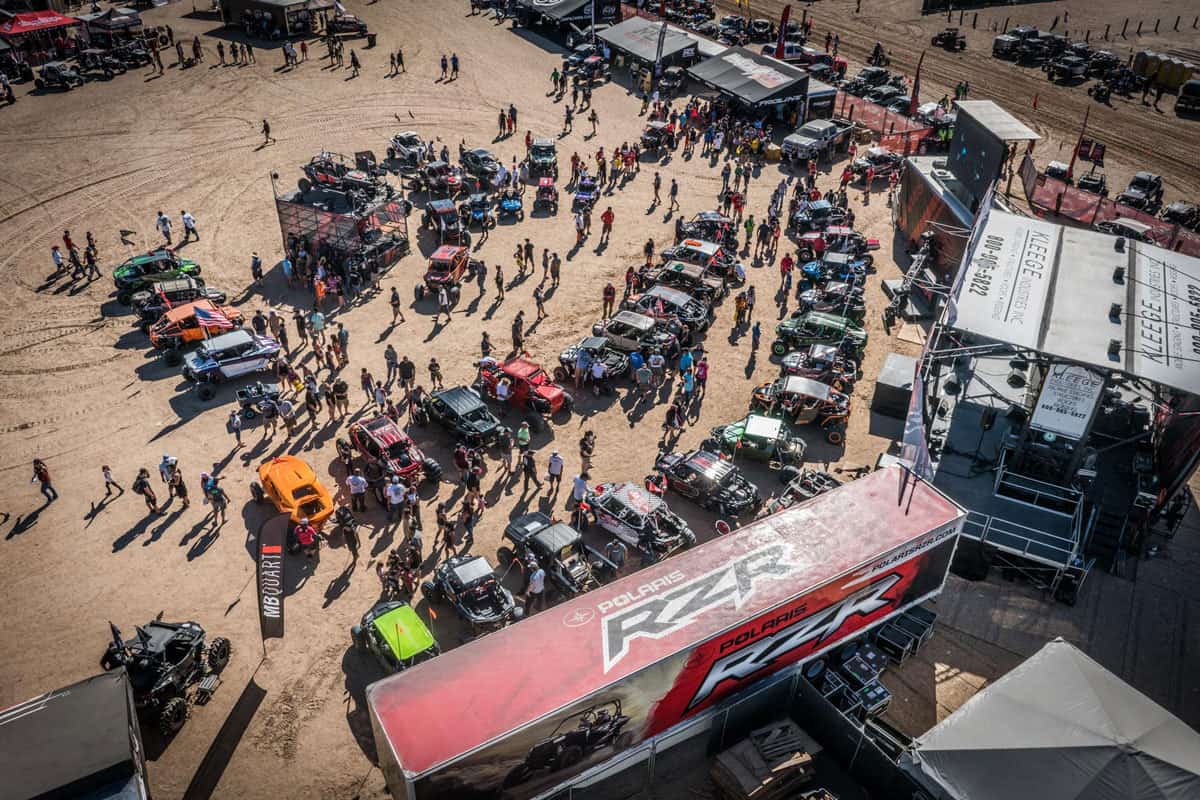 With Camp set up just outside of the Glamis beach store, Polaris was prepared to put on the biggest party in that these dunes have ever seen. Many vendors were set up within the walls of camp to the backdrop of a giant main stage and lots of California sunshine. Activities included an epic kids zone, tunes from DJ ‘The Ruckus’, Trick or Treating, UTV show and shine, karaoke, and TONS of prize giveaways including TEN RzR’s and an ACE. 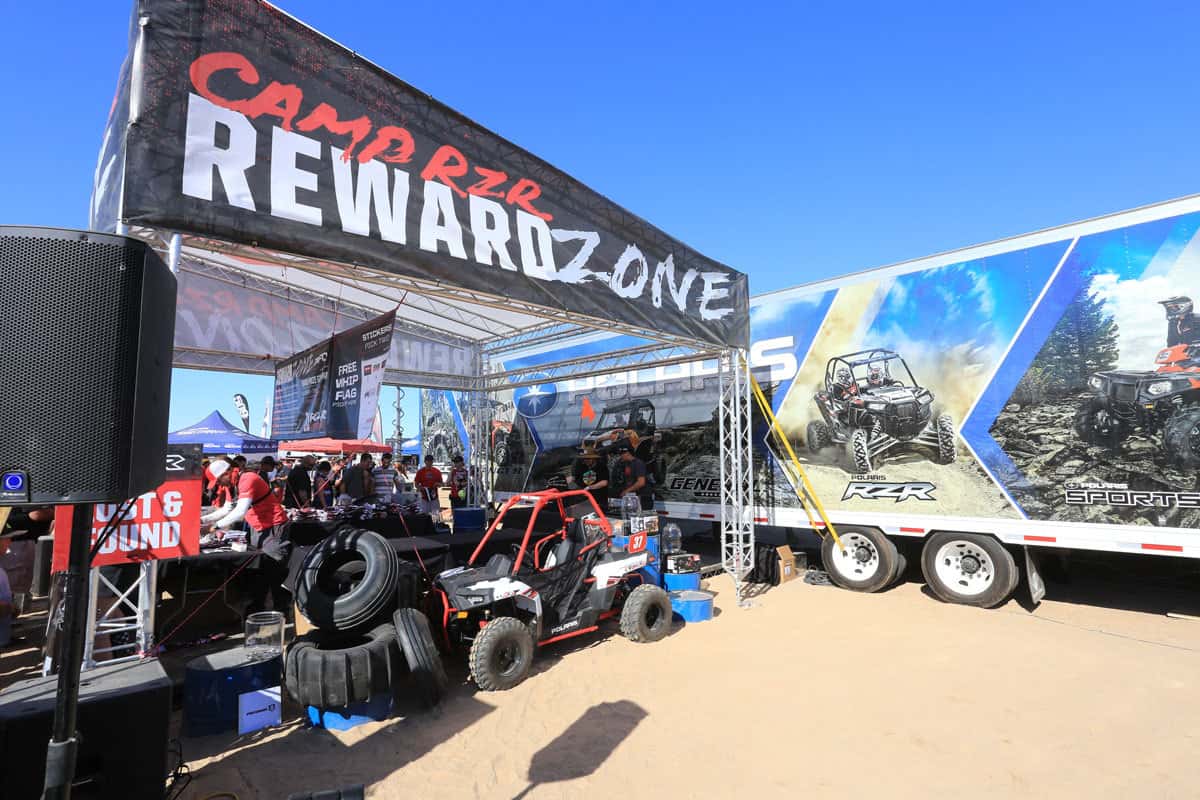 Polaris kicked off Camp RzR with some big news, releasing the new Turbo Dynamix 4 seat RzR and the limited edition model ACE 150. Thousands were in attendance and they all brought their toy, never leaving room for a dull moment. The Sand Drags and Oldsmobile were packed and buzzing. Many showing off their machines and their A games as well some epic Halloween costumes. 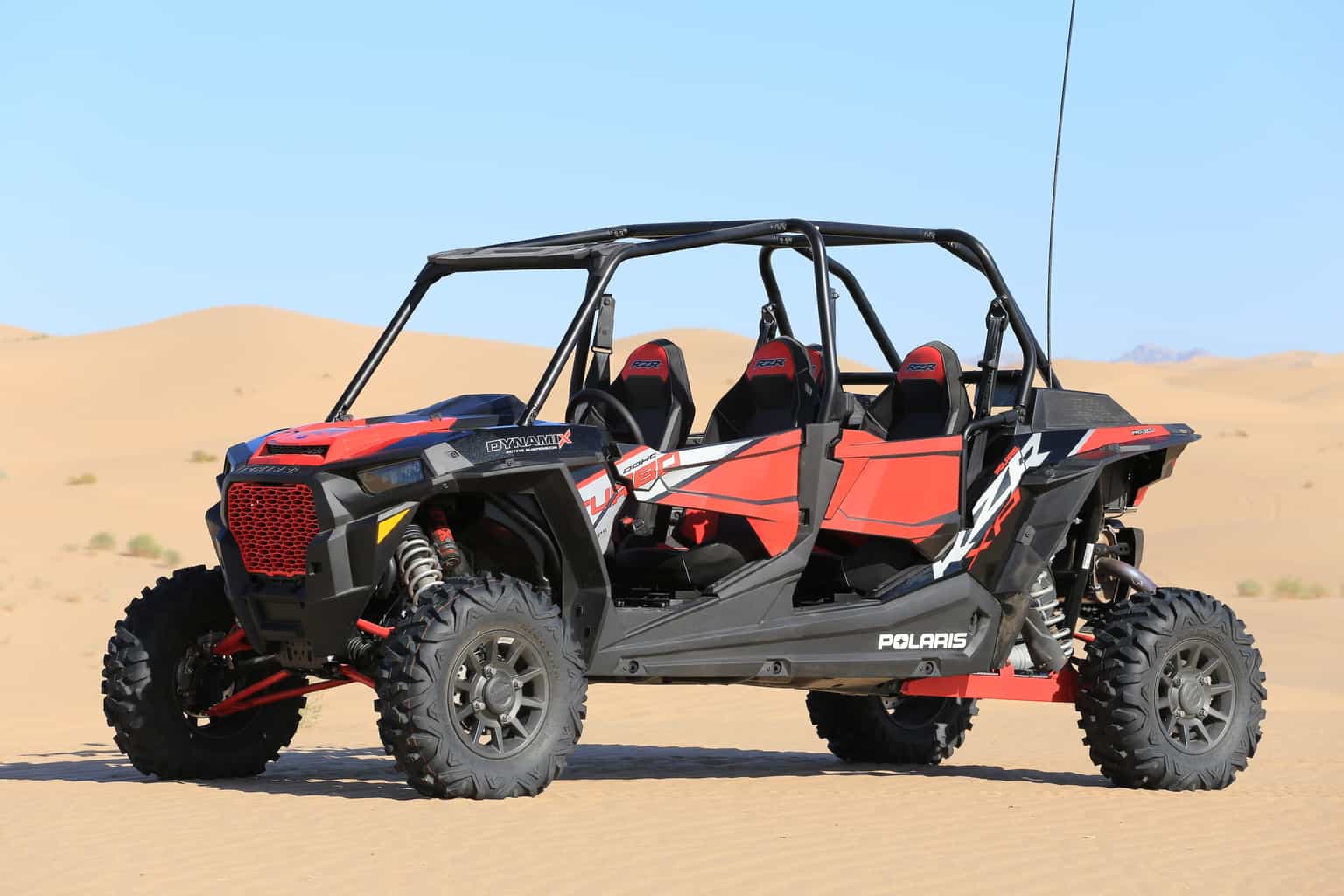 Campers lined up at the gates to check out the festivities and get in on the awesome giveaways. Each person who registered received a free ‘Camp RZR’ whip flag and the chance to win prizes. Those in attendance could also participate in the Polaris Experience Tours to get a feel for what the new Dynamix models have to offer. 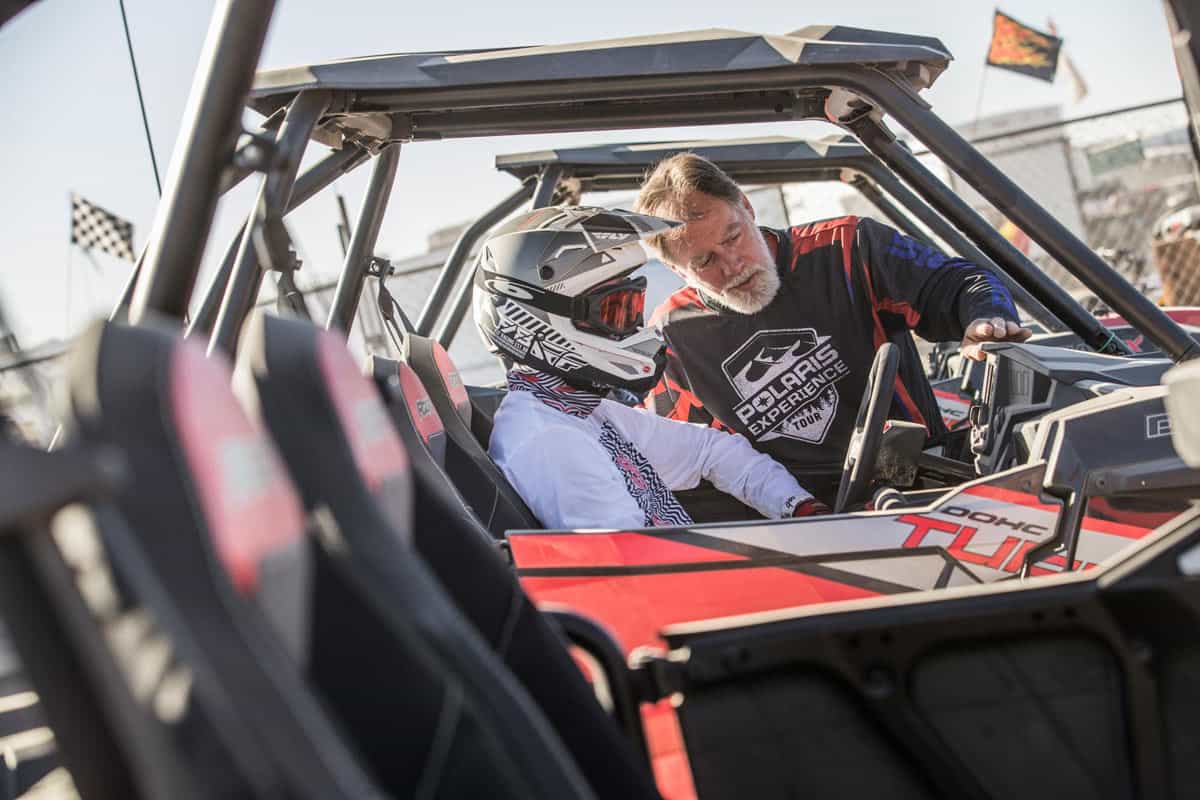 The UTV show and shine ended with a group ride led by Rusty from UTV Underground. War Fighter Made, made an appearance at the drawings and made a generous donation to one special veteran’s off road cause.  The Camp was PACKED for RzRaoke with the anticipation of a new 2018 RzR on the line. Overall this was a great way to thank the side-by-side community as well as showcase the new Polaris machines. 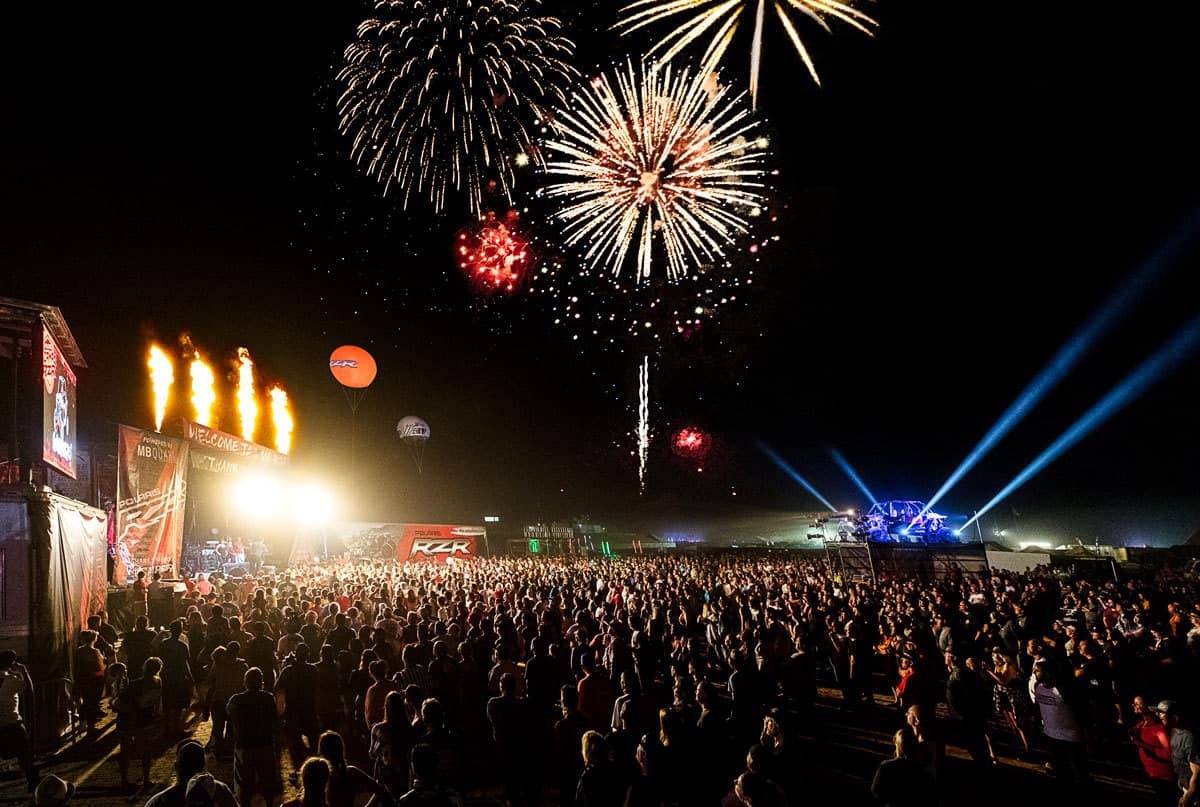 Check out more info and videos at camprzr.com