Can-Am takes its biggest victory yet at King of the Hammers 2020. 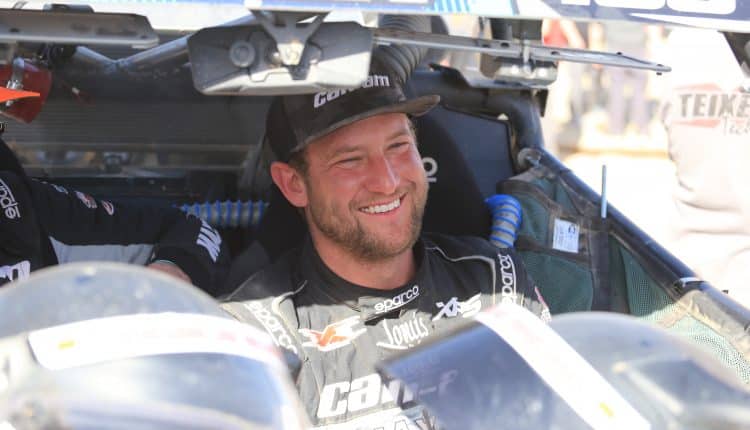 With a statement-making performance, Can-Am racer and rock-crawling rookie Hunter Miller won the 2020 Can-Am UTV King of the Hammers race Sunday in Johnson Valley, California. Can-Am drivers Kyle Chaney and Phil Blurton rounded out the podium to complete the historic all-Can-Am podium sweep, and Can-Am drivers took four of the top five spots and eight of the top 10. It was first time a Can-Am has won the KOH UTVs.

“It’s the absolute hardest race I’ve ever done in my entire life,” said Miller. “I’ve been racing for 25 years now, and I’ve never experienced anything like this. Next to the day my wife said ‘yes,’ this is the best day of my life.”

Miller, whose resume includes a GNCC UTV Championship with Can-Am, was solid from the start, earning the second qualifying spot behind his younger brother and eventual ninth-place finisher, Cody Miller. He faced stiff competition from Can-Am teammates Chaney and Blurton, but remained poised under pressure, trusting his Can-Am Maverick X3 X rc Turbo RR and co-driver Chad Hughes to carry him to the finish line.

“I could go fast in the desert because I have an awesome car setup,” said Miller. “My Can-Am X3 was flawless the whole day. We got to the rocks, which were not my strong suit, and Chad Hughes guided me through it – I couldn’t have done it without him.”

Between Miller, Chaney and Blurton, all three Can-Am Maverick X3 racers held the lead at one point during the race, but it was Miller who led when it counted most. Chaney and Miller vied for the lead at one point, but Chaney said he misread the course in the dust, and it set him back. It also gave Miller a sizeable time cushion from which to work. Top qualifier and defending WORCS Turbo champion, Cody Miller started first but quickly had to return to the pits to replace a torn-up tire.

“We caught up to Hunter in the lakebed and I thought the trail went right behind him. I was in the dust and I went off of a cliff, and it rolled,” said Chaney, who pushed on to the finish after turning his car back over. “I told people I wouldn’t be happy unless I won, but I’m just as excited for Hunter to win, and I’ll take second place any day from what we went through.”

Blurton, who is a multi-time desert-racing champion and has placed in the top 10 at King of the Hammers the previous two years, had another strong showing in his No Limit RD-built Can-Am. His third-place finish was a career best at the race, and it secured the podium sweep for Can-Am.

The 2020 KOH UTV course consisted of two loops; the first 77-mile loop was mostly open desert before dropping into Back Door, a notorious drop-off. The second 66-mile loop took the racers onto the 29 Palms Marine base before hitting the infamous Hammers, going up Chocolate Thunder, and then going down Back Door a second time. Of 131 UTV starters, only 33 completed both laps. Also notable, the UTVs were the biggest class at KOH.

Other notable entries included Jeremy McGrath, the King of Supercross, in a nearly-stock Teryx KRX1000; he finished 29th in his first KOH. Eliott Watson was 26th in the KOH debut of the Honda Talon. Kristen Matlock was 27th in a Polaris, and husband Wayne was 36th. Sara Price was 39th after rolling down back Door. Two-time KOH winner Mitch Guthrie, Junior was 16th, while defending SCORE Normally-Aspirated UTV Pro champion Kaden Wells was 44th. 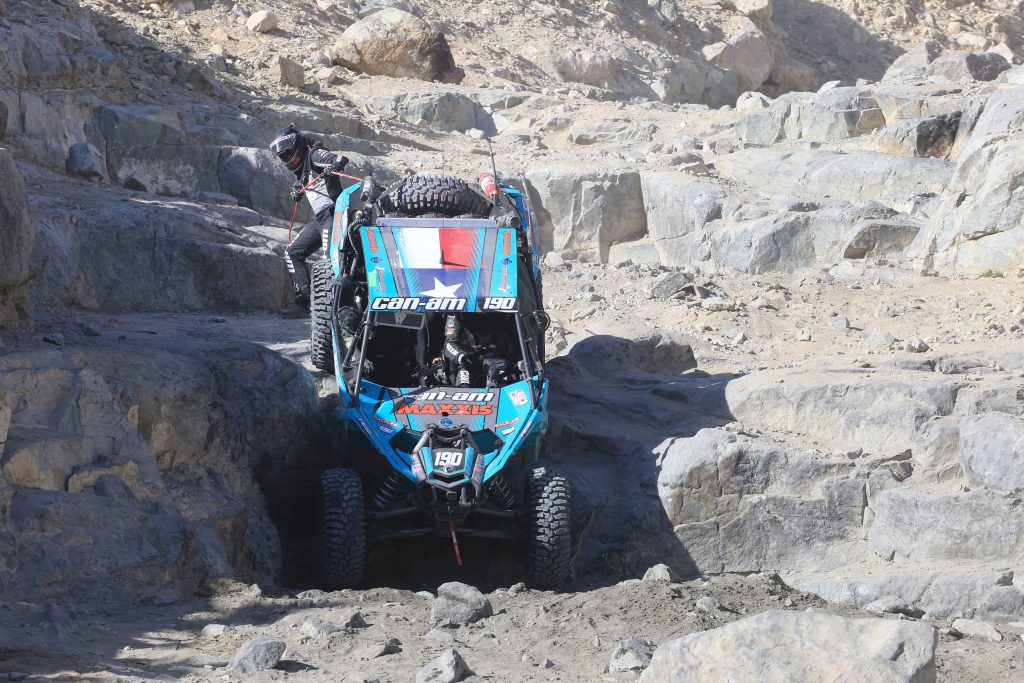 Can-Am takes its biggest victory yet at King of the Hammers 2020. Hunter Miller, Kyle Chaney, and Phil Blurton of team Can-Am took the podium after dominating the course. Mitch Guthrie, Senior, a seasoned Hammers veteran took 4th in his Polaris RZR. Casey Currie also finished in the top ten. 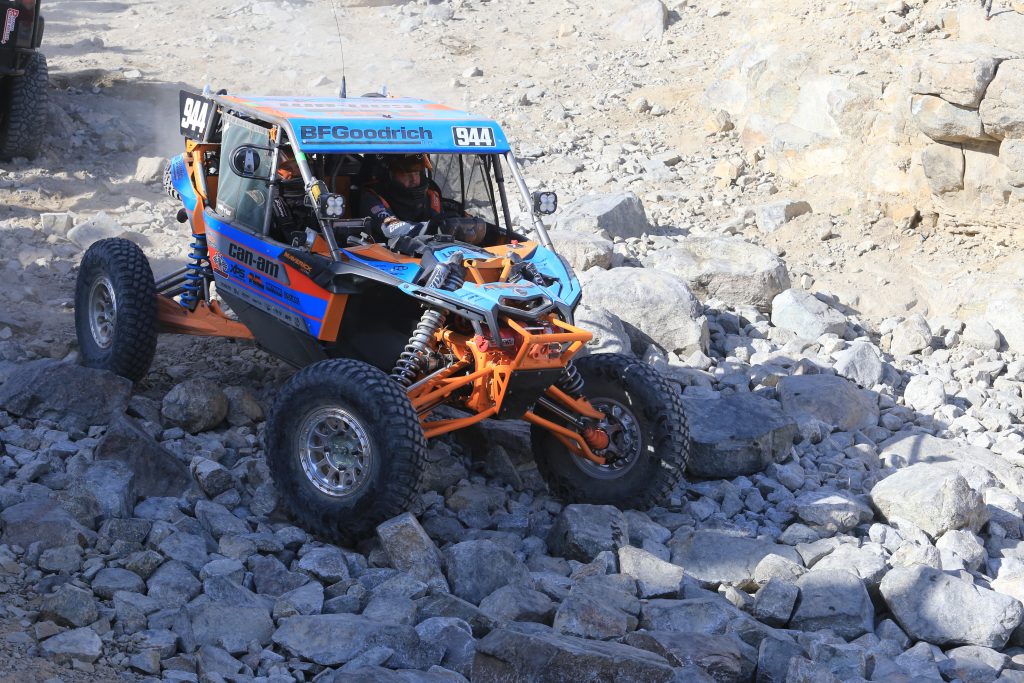 The UTV course is the exact same as the EMC race. The terrain is brutal and takes no mercy on machines. This year was the largest UTV class so far with 133 entries, but not as many finishers. 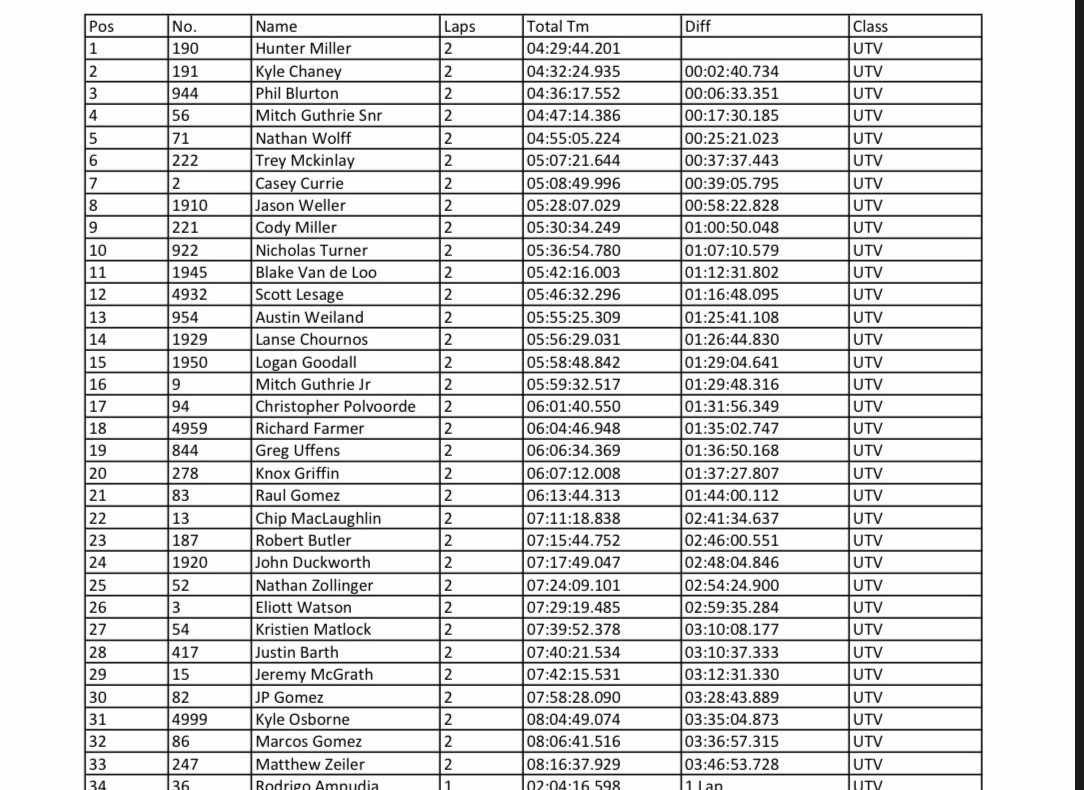 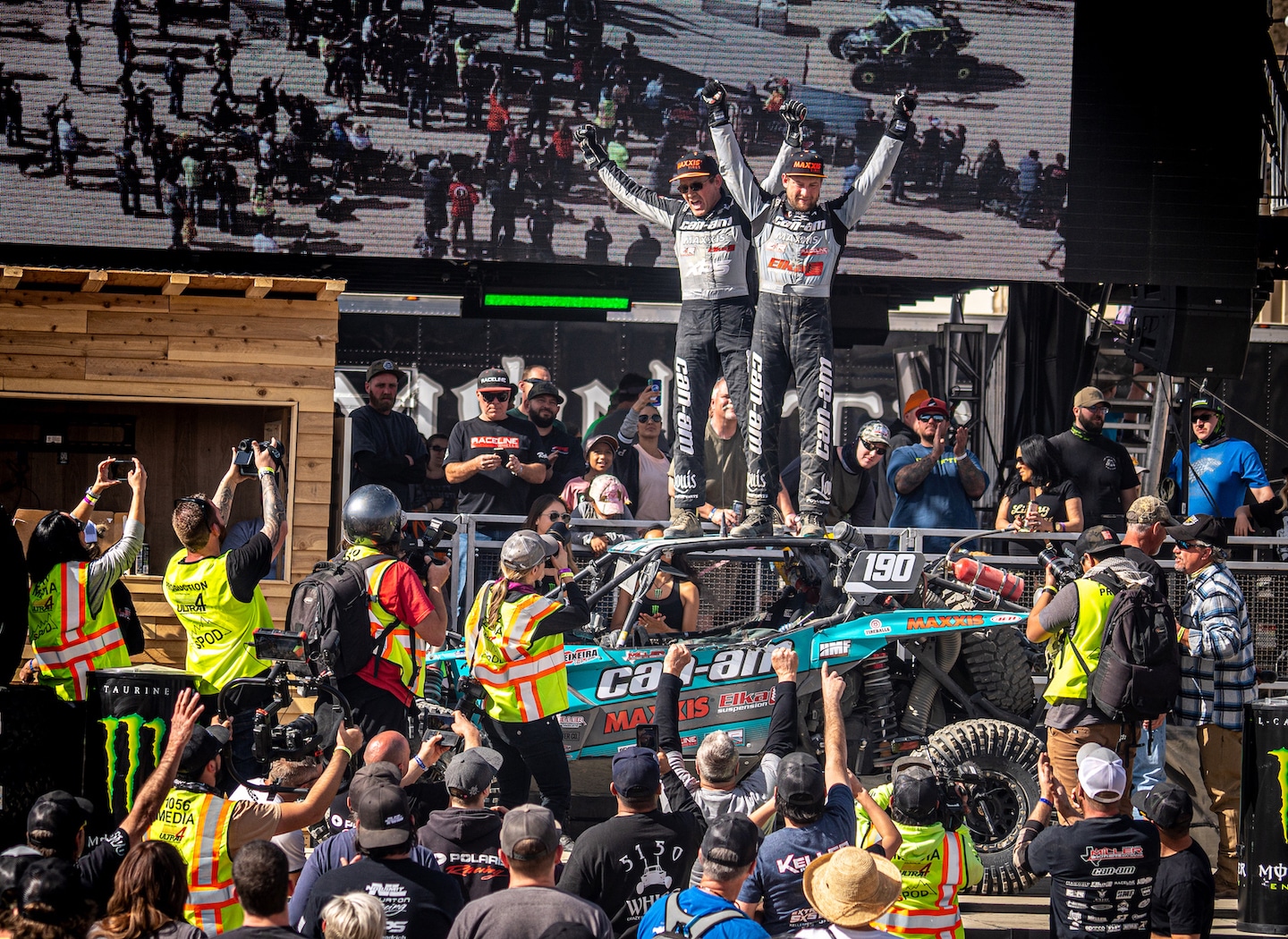