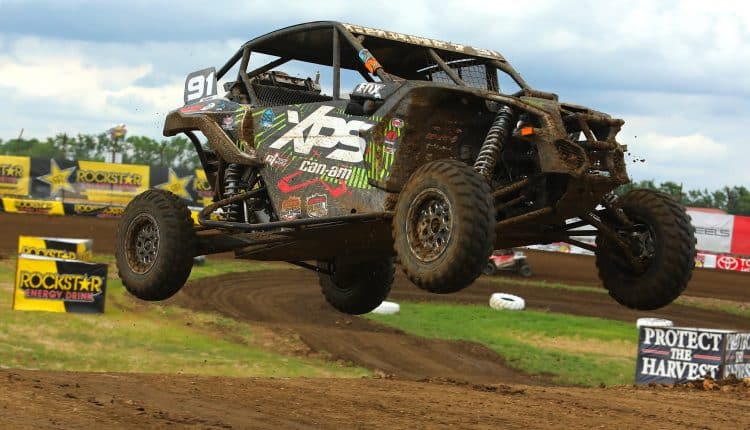 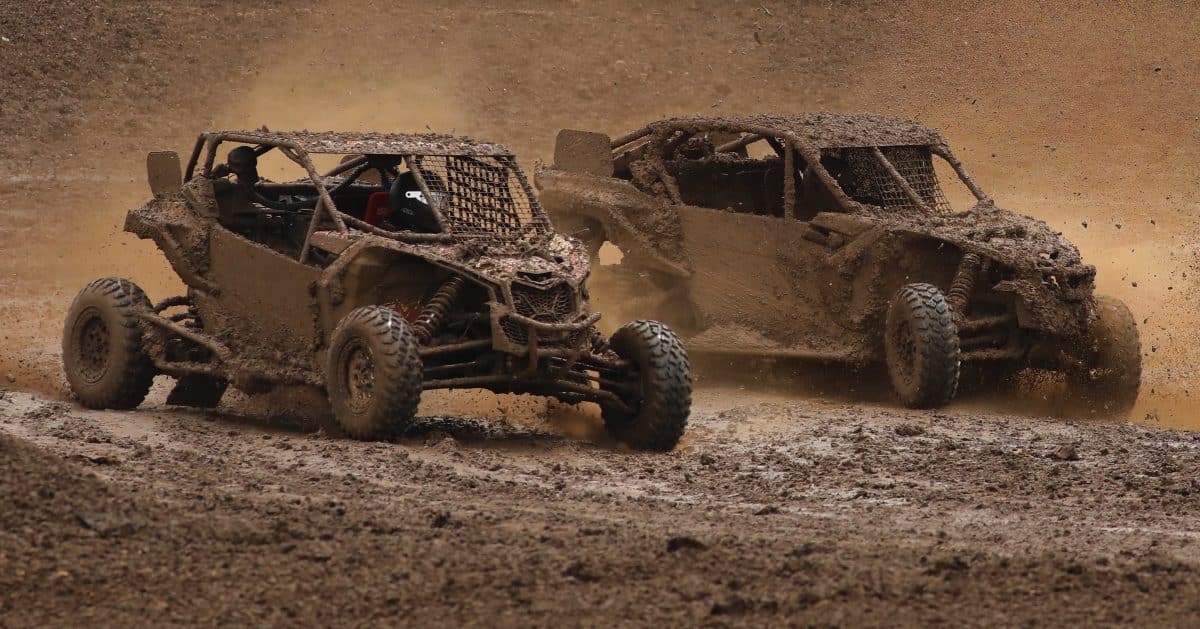 Round four of the series pitted many racing regulars against some new Midwest pilots in perfect conditions. Farr (FRE / Bak40 Motorsports / Can-Am) jumped out to an early lead on lap one, in front of three other Can-Am racers. Farr held the lead for the first three laps before Chaney (XPS Oils / Fox Racing Shox / Can-Am) overtook him on lap four and then ran out front until Weller started challenging him for the lead. Weller actually put her No. 748 DragonFire Racing / Maxxis / Can-Am Maverick X3 race vehicle ahead of Chaney’s Can-Am late in lap five, but Chaney answered quickly by retaking the lead at the midway point. After the restart lap (lap six), Chaney stayed out front and didn’t look back, notching the win and earning the fastest lap award in his No. 91 Can-Am Maverick X3 side-by-side vehicle.

“I was very happy with my Can-Am Maverick X3,” said Chaney. “After a few laps, I was able to grab the lead. It was not an easy lead to hold, as Corry Weller, in another Can-Am X3 vehicle, gave me a close run the whole race.” 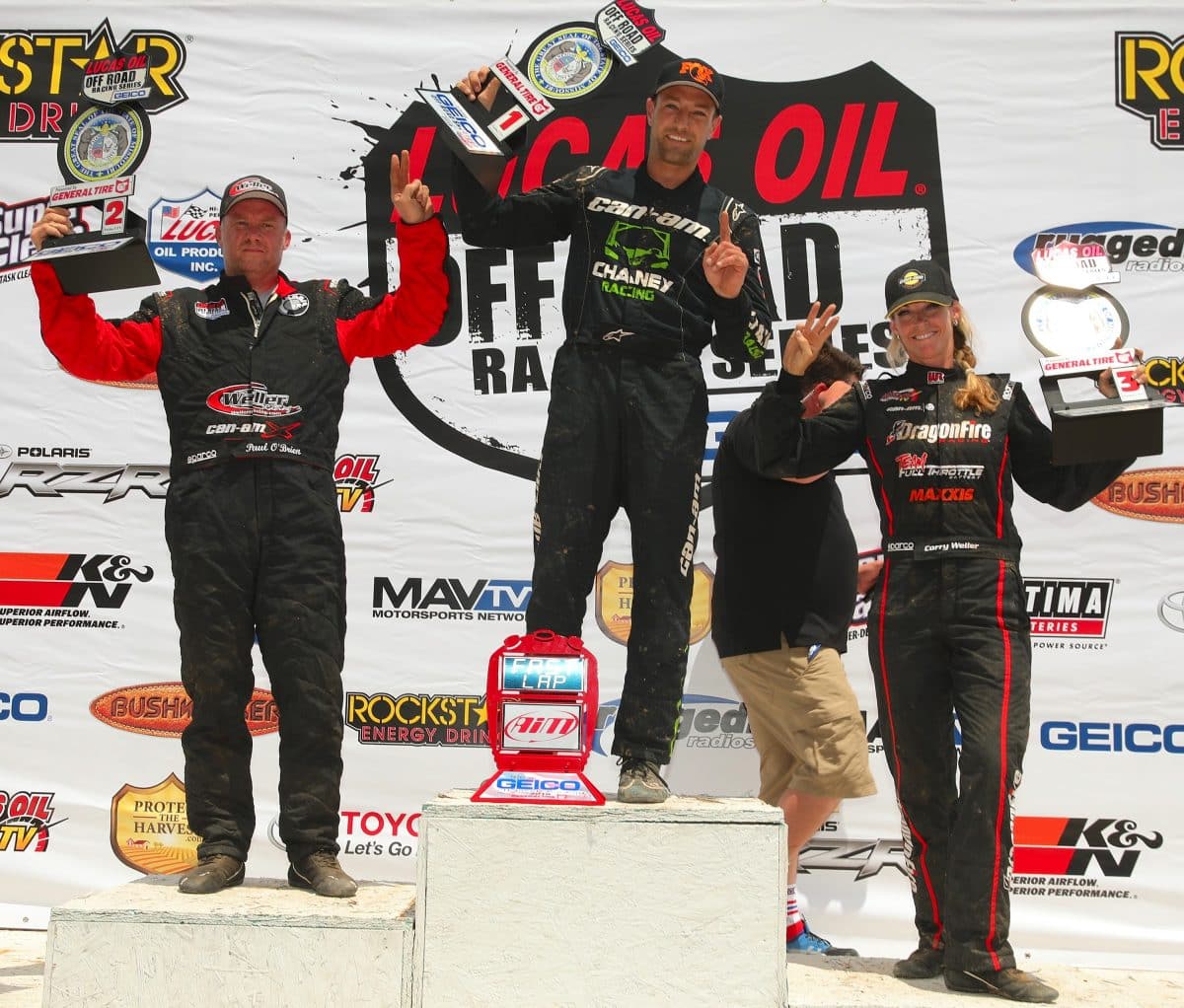 Weller captured third place, just behind teammate and fellow Can-Am Maverick X3 pilot Paul O’Brien, who stormed back from outside the top five to earn second in his No. #711 Weller Racing / Specialty Coatings / Can-Am. That gave Can-Am a 1-2-3 podium finish at round four and kept O’Brien in the class points lead at that point.

The Turbo UTV feature, delayed 2 hours due to weather, began in heavy rain, turning the already wet course into a short-course bog, so to speak. However, the Can-Am racers and Maverick X3 side-by-side vehicle were confident in their skills and vehicles in spite of the dismal conditions. Farr got out front early, using his driving expertise and the performance of his turbocharged Can-Am side-by-side vehicle. Chaney waited until the white flag lap to make his passing attempts on the leader, but could not find his way to the front, as Farr took the win. Chaney earned the fastest lap award and his second podium of the weekend. Another Can-Am racer, Kyle Hart, ended up third. Weller survived the muck, too, to capture fifth place, which pushed her into the class points lead after five rounds of competition, a few points in front of O’Brien, who was sixth.

“I’m in good company with my teammate Paul O’Brien in the battle for the LOORRS championship,” stated Weller. “[We have] good momentum going into the next round. 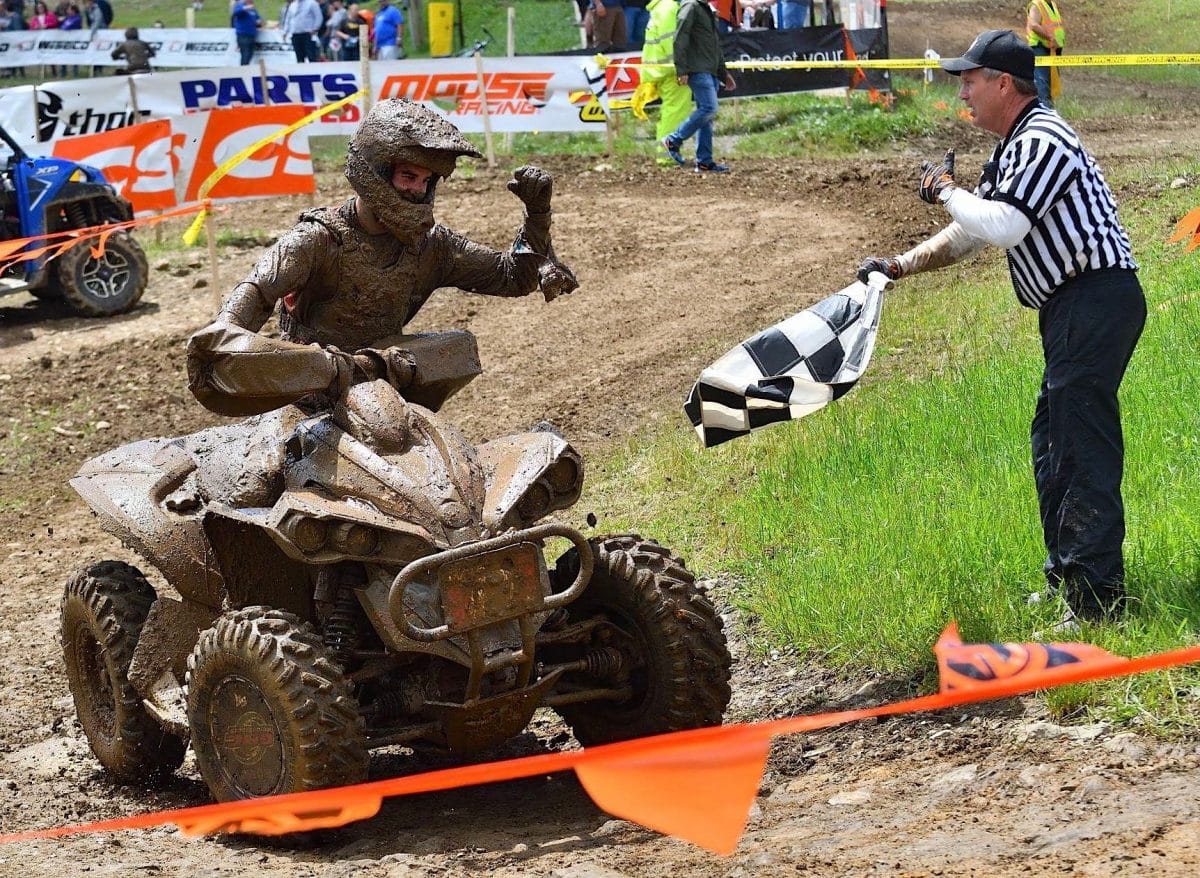 Can-Am 4×4 ATV racers had a great showing at round nine of the 2018 GNCC ATV series, winning five classes and earning a total of 14 of a possible 18 podium positions in various classes. Landon Wolfe (Can-Am / DeRisi Racing / GBC Motorsports) led the way aboard his Can-Am Renegade X xc 1000R with his second-straight victory in the 4×4 Pro ATV ranks. Wolfe had six consecutive runner-up finishes prior to starting his winning streak.

Can-Am ATV racers also produced class podium sweeps in both the 4×4 A and 4×4 B and notched wins in the 4×4 C and 4×4 Lites classes during another dominant showing.

HOW CAN-AM WON THE DAKAR RALLY

HOW TO RACE THE GNCC UTV CLASS