RENT A RZR WITH ROCK PIRATES IN SILVERTON

September marks 37 years of me being a full-time magazine editor, and 37 is a very significant number to me. It was my motocross racing number for almost 50 years. The 3 stood for the three states where I learned to ride and then race – Texas, Colorado, and California – and the 7 stood for the number of states we lived in over my childhood. Dad got me a Honda CL90 in Texas and, once I learned how to let out the clutch without stalling, we would camp, ride, and shoot guns in a wooded canyon that has since been filled in for the Dallas-Fort Worth International Airport.

We moved to Denver and would camp along the Continental Divide and ride Forest Service two-track near Central City. I loved the sights of the Colorado Rockies and the smell of the forest and campfires. We moved to California and rode the Mojave Desert, Antelope Valley, and with friends in the hills around Newhall. We camped at Honda Hills and rode trails at what is now called Bean Canyon. The big hills and whooped-out trails honed my riding skills. We moved back to Denver when Dad got a job at Coors Brewery, and 1971 was a huge year for me. I turned 15 that spring and raced my Dad’s Yamaha DT-1 at an International MX race over the July 4th weekend. I was instantly hooked on racing MX and Colorado.

Colorado is the highest of the 48 contiguous states with an average elevation of 6,800 feet, and it makes up 3/4 of the USA’s lands of 10,000 feet or higher. Named by Spanish explorers for the Rio Colorado (“Red River” in Spanish), Colorado became a territory in 1861 and the 38th state in 1876. It is the eighth-largest state and boasts 59 peaks that are 14,000 feet or higher, and it is rich in minerals, fossils, resources, and history, including the history of extreme sports.

Not long after I landed at Dirt Bike Magazine, I got a chance to meet Pete Denison and Joe Shedron, who were making flywheel weights to convert MX bikes to enduro racers, along with wide-ratio transmission kits for Honda CRs. The young company was Moose Racing, and Joe was building AMA championship and ISDE Gold-medal bikes in Pete’s garage in Sedalia, south of Denver. Later, they got a shop in Littleton, and I would spend a week or two with them every summer, doing articles for DBM. Joe and I grew close, and we were like brothers with different mothers. Afternoons would bring “traction storms,” and we’d close shop and ride the Rampart Range trails.

Moose Racing grew exponentially, and they would put on industry/press Moose Rides among the “14ers” or 14,000-plus peaks west of Denver. We’d ride epic single-track trails in the Gunnison/Crested Butte area, and we’d ride USFS two-track trails to Ouray, Silverton, Lake City and Leadville with Moose Racing’s sponsored riders, including Rodney Smith and Steve Hatch. On one ride, we loaded our bikes on a flatcar and rode the narrow gauge train from Durango to Silverton. As Moose became an iconic brand, the Moose Rides became Parts Unlimited Rocky Mountain 300 rides, and Joe and I would ride sweep and have an absolute blast. I would travel to Colorado at least twice every summer, and sometimes I’d attend a Yamaha snowmobile event and do some skiing with Wild Willie.

On one trip, Jerry Bernardo teamed up with Morrill Griffith to do a segment for Motoworld. Morrill and Jerry rode snowmobiles down a mountain near Gunnison onto USFS dirt roads, and then Morrill rode his snowmobile across Blue Mesa Reservoir! I even got to ride a couple of Colorado 500s as Pete’s guest. I raced the Pikes Peak International Hillclimb a couple of times, once with Scott Summers on a Honda XR628R and once on an insanely fast Kawasaki KX500 with Larry Roeseler. In the years since, I’ve shot photos for DBM on Pikes Peak, and I shot the Motocross des Nations at Thunder Valley in 2010. As years rolled by, I would go to Utah more than Colorado, sometimes six times a year. One year, Joe met me at Moab and we did the Rally on the Rocks together.

I reunited with Joe and his wife Julie in April, 2019, and we went to the Denver Supercross and a Gold Prospectors Association of America gold show. Mere weeks later, I got the call nobody ever wants to get. Scott Denison broke the news that Joe had died of a heart attack, so I got flights to attend his memorial. I drove out for the AMA MX national in June and camped with BC and family, and the drive back to LA on I70 made me want more of the Rockies. So, Wally and I returned later that summer for a week of riding Harleys around southwest Colorado. In Silverton, we checked out Rock Pirates Polaris Outfitter, and I knew I would return for my first Colorado UTV ride.

We returned the next summer and did the Rock Pirates’ Alpine Loop in an XP-4 1000 (November 2020), and I fell in love with Colorado all over again. The Alpine Loop is spectacular! Everyone should see it at least once; give the Rock Pirates a call at (970) 247-3706. Fourteeners forever! 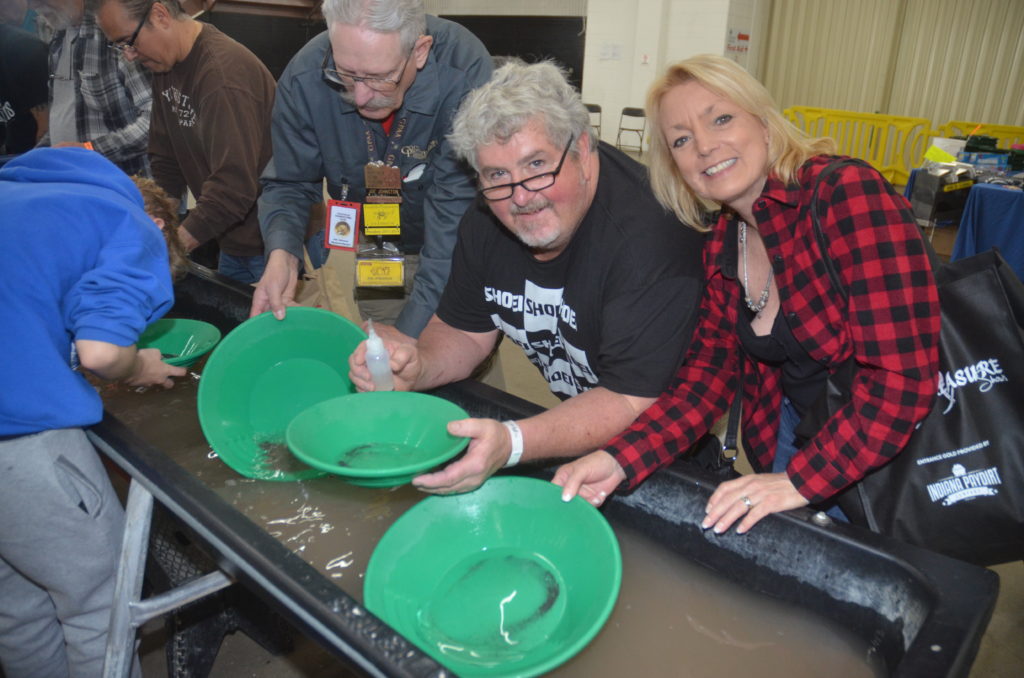