MidAmerica Outdoors held its final round of the MAO $210,000 UTV Race Series, and the short-course racing drew 152 entries in 15 classes. Only six points separated the top four drivers heading into the final Pro Turbo MidAmerica Outdoors race, and Cody Martin put together a 1-2 day to beat former points leader Nathan Wolff’s 3-1. Scott Champion holeshot the first Turbo race and led the first lap, but Martin got by on the second lap and took the win by a scant two seconds ahead of Champion, with Nathan Wolff third for an all-Can-Am podium. Wolff dominated the second Turbo race, but Martin closed to within a second at the checkers, while Champion put on a charge through the pack from seventh to third. For the Turbo championship, Martin tied Scott Champion on points and won the tie-breaker with two season wins.

Kainan Baker had a 20-point lead over Eli Bieschke (Yam) heading into the Pro NA 1000 finals, and Baker shot down the start hill and into the lead in the first moto with Bieschke second. Baker flew to a five-second lead on the first lap and a 14-second lead by the midpoint, but Eli closed  a bit to 11.4 second at the checkers. In the second race, it was Kylar Holcomb (Yam) and Bieschke on the first lap, but Eli then limped to eighth, while Baker dropped his lap times by five seconds, turning a 02:25.178 on the second lap and taking the lead he’d never give up. Kainan won over Brock Lawson (pol) and Holcomb. Baker took the Pro NA championship handily by 27 points with five wins in seven rounds.

In amateur action, Ryan Tewksbury (C-A) won Expert Turbos with a 1-1 day. After missing the second round, Tewksbury battled Rusty Pipes for the win at the third round, and he went on to top four rounds and place second at the fifth to take the championship. In Expert NA 1000s, Toby Garmon (Pol) rebounded from an 11th at the sixth round to take the win with a 1-2 day, and he won the championship with two wins and three more podiums.

In Amateur Turbos, Kendra Hoop, Zach Smith and Austin Vanover battled both motos; Hoop won with a 1-2 to Vanover’s 3-1 and Smith’s 2-3 for a all-Maverick podium. Smith’s third was more than enough to clinch the title over Vanover, as he had four wins and clinched by nine points. Hoop was third in points.  In Amateur NA 1000s, Caden Ellis (Pol) won his wave in moto one and the overall in moto two ahead of motto one winner Kyle Beddow (A-C). But it was Logan Ellis (Pol) who won the championship with two wins and two seconds. 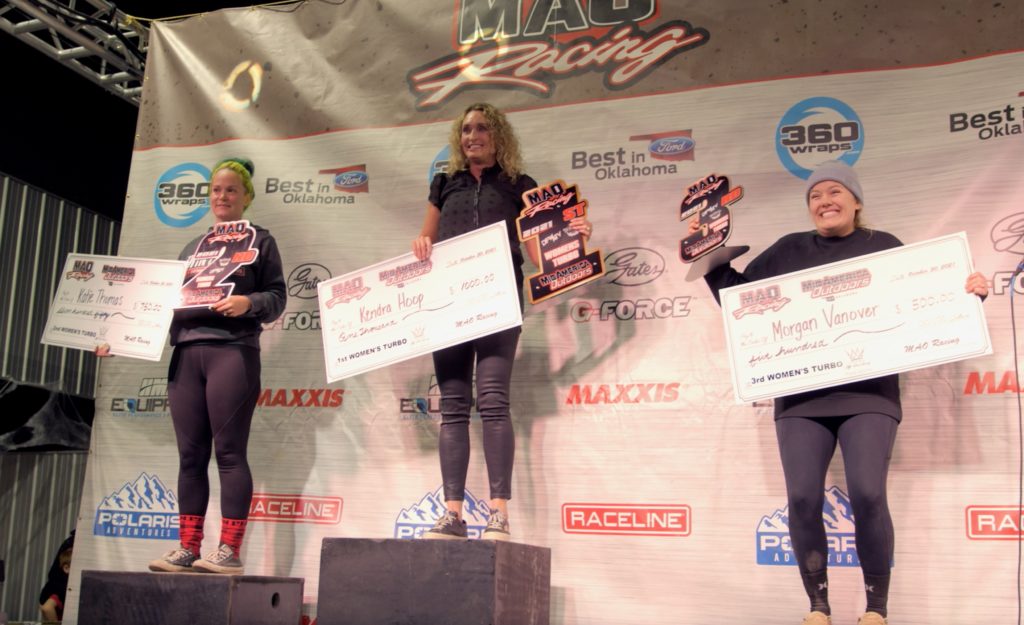 Kendra Hoop also won the Women’s Turbo races and championship; after a seventh at the first round, she won five rounds and was on the podium at the third round. Katie Thomas was second in both motos and in series points; she scored a win and four more podiums. In Women’s NA, Josey Watkins (Pol) won the final with a 1-1 in only her second race of the series. Shayleigh Broeker (Pol) won the title with her fourth podium of the season and one win. 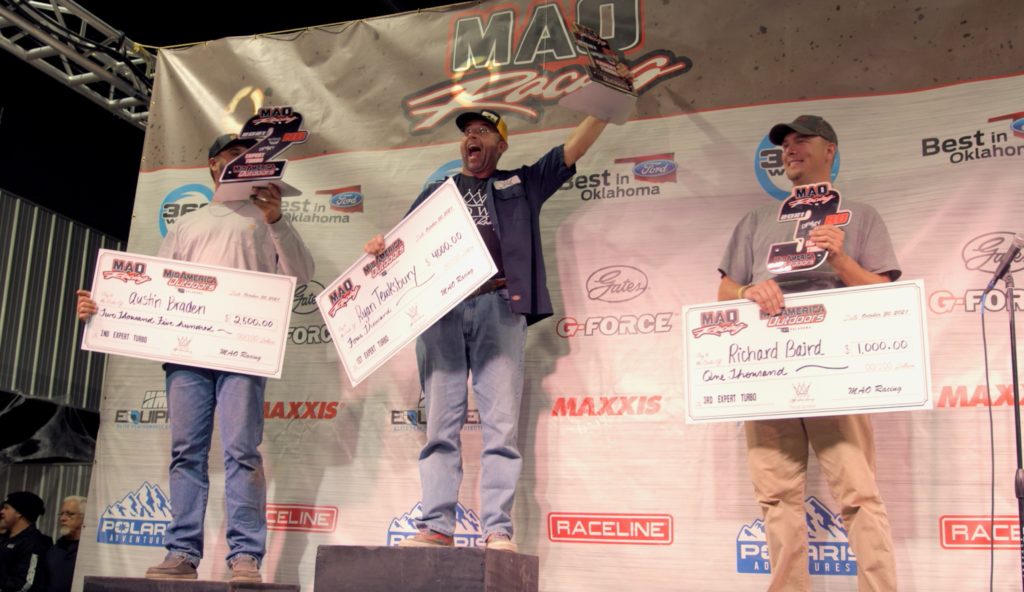 Ryan Tewksbury also scored a 1-1 in Vet 40+ Turbos, and he dominated the entire series with a win at every round. In Vet 40+ NAs, Gerald Jones (Yam) and Austin Sides (Yam) traded moto wins, and Jones won the overall with a 1-3 to Jeff Hughes’ (Yam) 3-2 and Sides’ 5-1. A seventh in the final gave the championship to Chad Mayo (Yam) by one point over Randy Clifton (Yam). 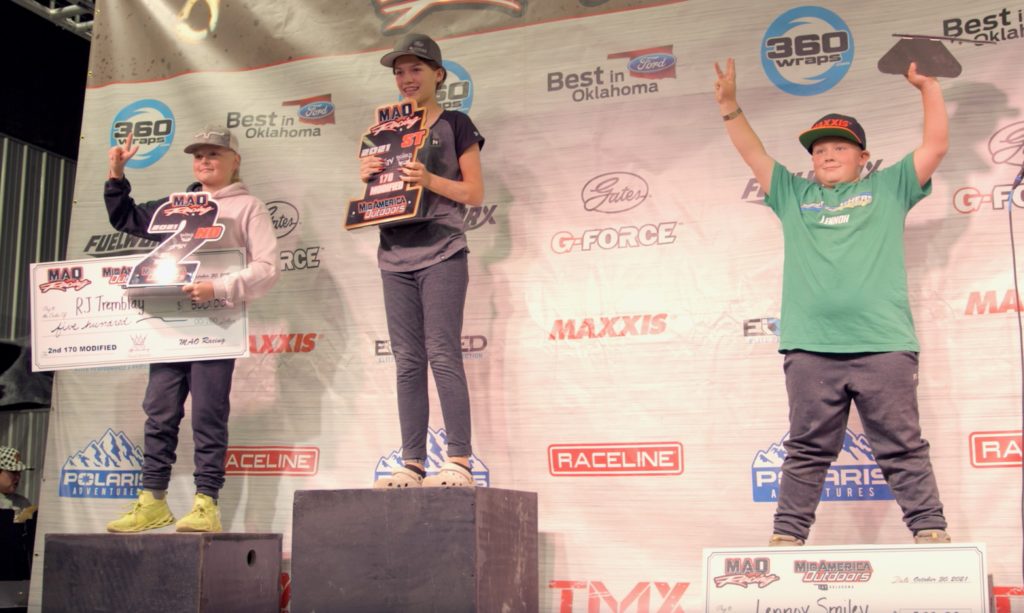 In 250 Mods, Code St. Peter (Pol) took the win the a 1-1 ahead of HiSun’s Brooklyn Singleton (2-2) and Kennedy Singleton (2-3). Kennedy rebounded to take the win for Hisun in 170 Limiteds with a 2-1. There were 18 250 Mods and 21 170 Limiteds. Sophia Hill (Pol) won the 170 Stocks with a 2-1. Brooklyn Singleton won three rounds and was never off of the podium to win the Mod title, while Dexter Warren (Pol) clinched the Limited title with a win and five seconds. Hill ’s fourth win and two seconds were good for the Stock championship. 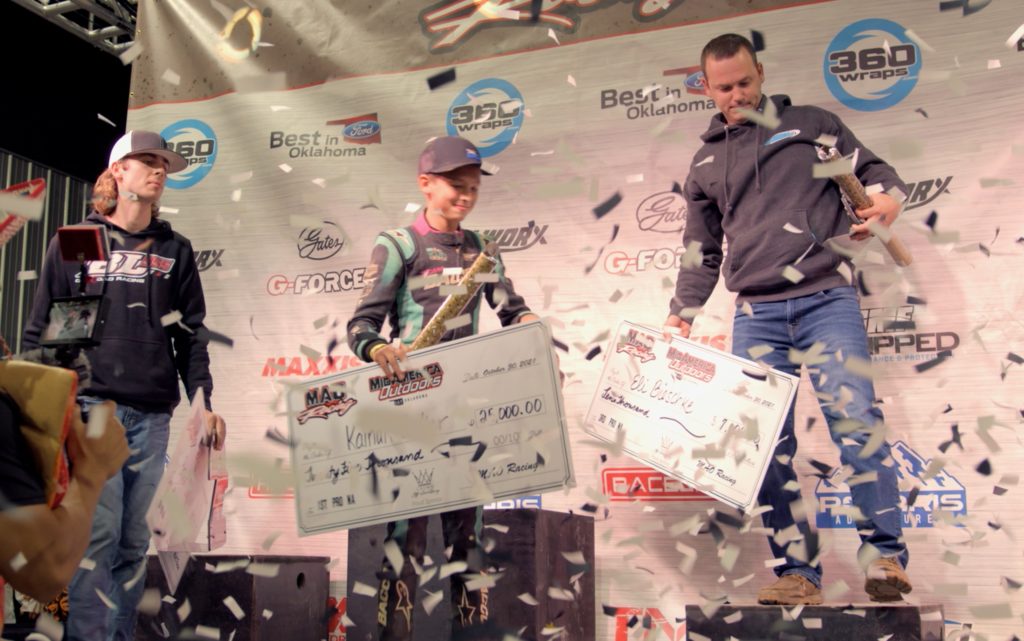 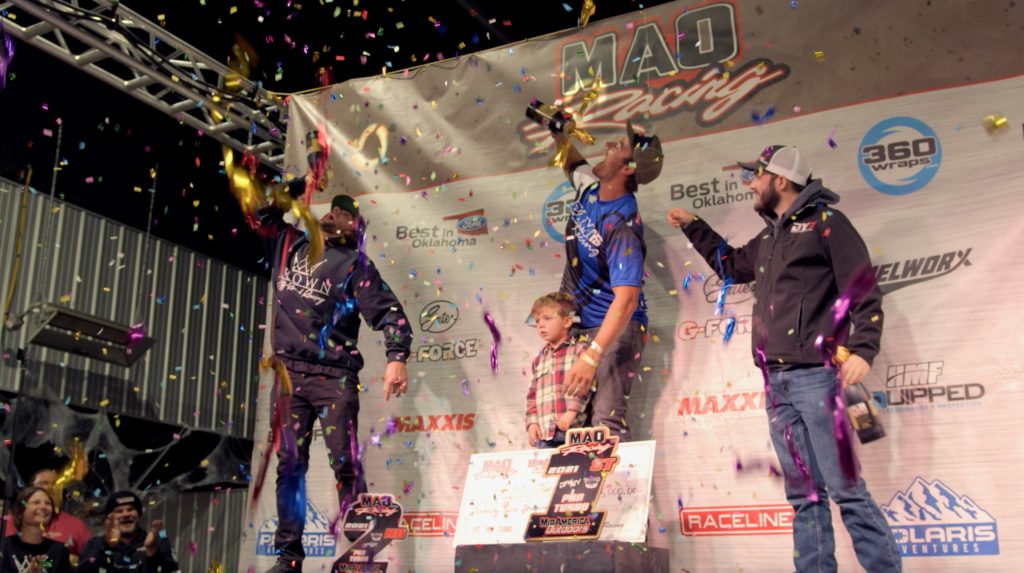