Snow and power outages forced Texplex Park to reschedule the first round of the 2021 Texas UTV Race Series to March 6th, and the first round drew 188 UTV entries in 17 classes. Pro Turbos had a six-lap main, while Pro N/A 1000s raced five laps.

Twenty Pro Turbos and 14 Pro N/A 1000s made the trek to Midlothian, Texas, for the first round, and WORCS 2019 Pro Turbo champion Cody Miller dominated the Pro Turbos, leading every lap of the six-lap main and turning the fastest lap of the race, an 03:24.181. Defending Texas Pro Turbo champion Hunter Miller ran second behind his brother early in the main but was passed by Ronnie Anderson on Lap 3. Anderson had a mechanical on the restart, while Kyle Chaney hunted Hunter down and passed him on the fifth lap. At the checkers, it was Cody, Kyle and Hunter for an all-Can-Am podium.

In Pro Normally Aspirated (N/A) 1000s, youngster Kainan Baker took the main-event lead in his super-fast RS1 but went out just as fast after blowing his clutch. LOORRS 2020 Pro 1000 champion Myles Cheek took over the lead, but his race was also also short-lived. He got a rear flat and had to pit, dropping Myles to ninth. It’s a shame, because he and his RS1 were the fastest on the track.

Ronnie Anderson took over in his HRP/WER RS1 at the race midpoint, and he gapped the field to finish 7+ seconds ahead, turning the fastest lap of the race, a 03:26.417, on the fifth lap. Cross Kirchmeier moved up from ninth to second in his Honda Talon, with Idaho’s Cole Keatts (Pol) third after a heated battle with Koen Crawford (Pol).

Texplex runs a two-moto format with split starts in the first race and gate-picks for the longer second moto determined by first-race finishing order on elapsed time. Two scores are combined with the low score winning, like in the Motocross of Nations. Pro Turbos had three waves in the first heat. New for 2021 with new race director Brian Adkinson, mains have a mid-race yellow to tighten the field with a two-abreast rolling restart like CHAMP and LOORRS. 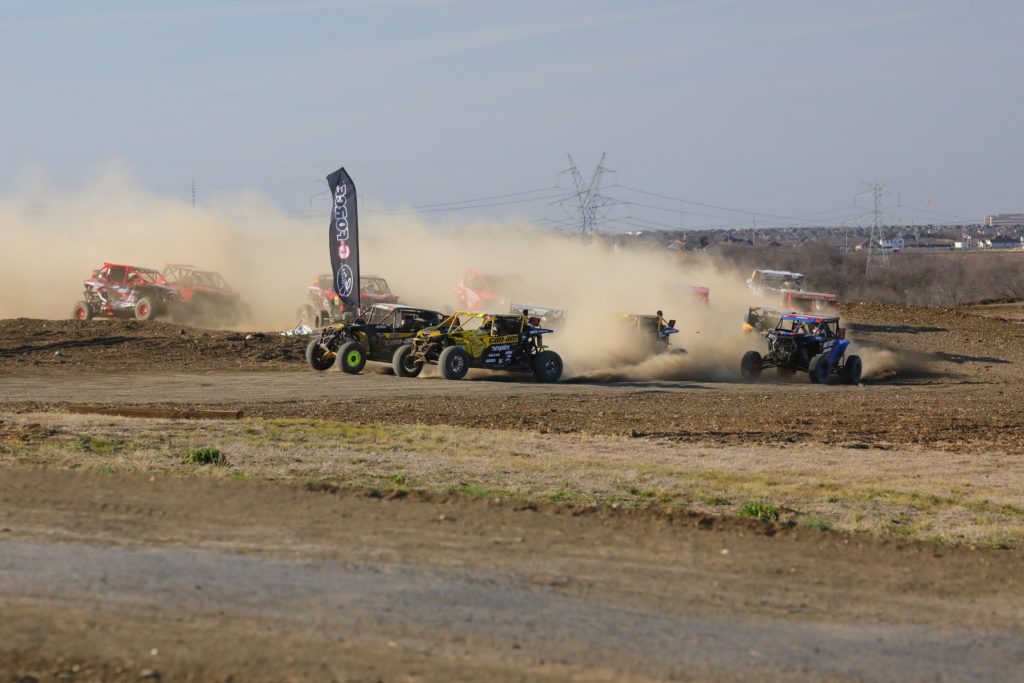 Rusty Pipes, who was the top points earner in 2020, topped both the Turbo Expert and 40+ Turbo classes with perfect 1-1 scores in his Can-Am X3. The 1000 N/A Amateurs were the largest class with 31 entries, and it was dominated by Honda Talons of Eddie Ensign, Johnathan Sterling, and Zachary Stewart. The next round is this weekend, March 13th. 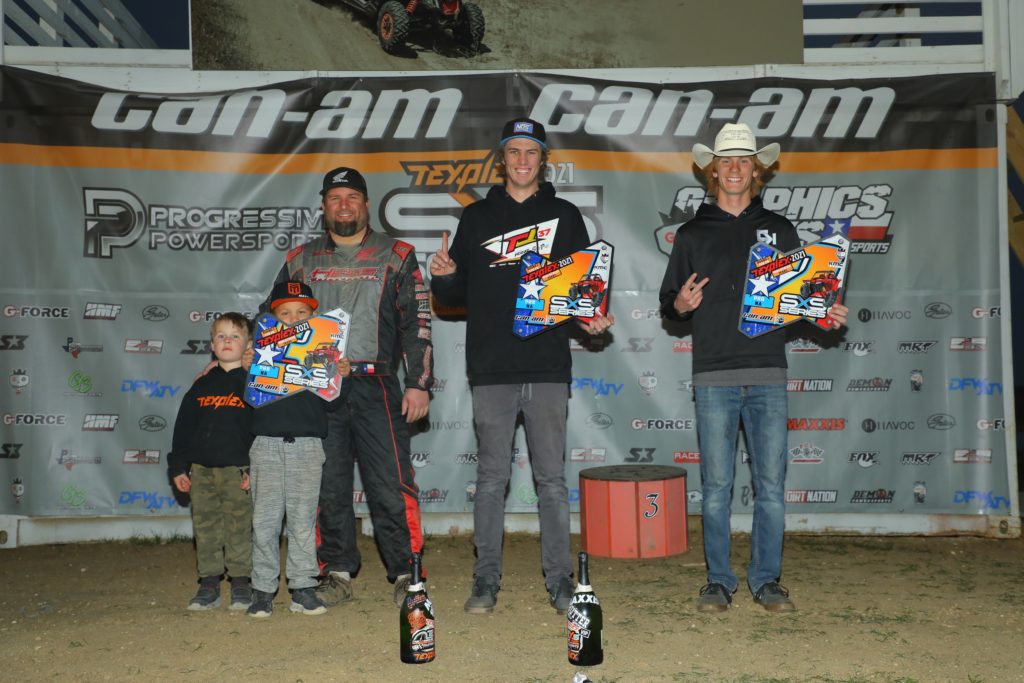