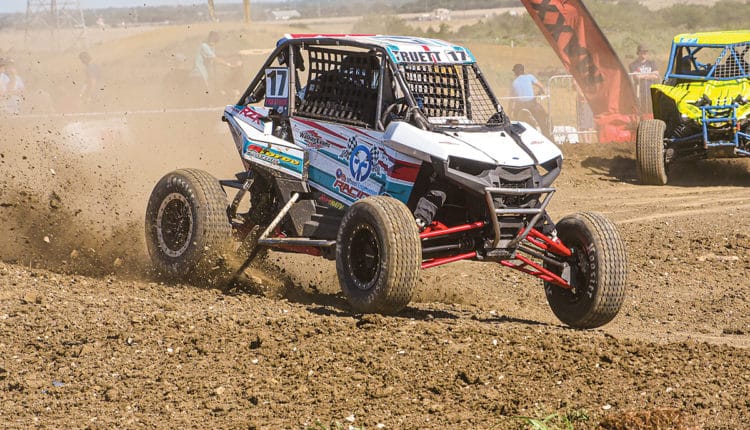 Collin Truett’s championship RS1 won the 2020 Texas UTV Race Series Pro Normally Aspirated 1000 championship, and he won two rounds and finished on the podium in four more. His six-round podium streak ended at the seventh round, where he over-cooked a jump and hurt his back, not racing that round. He came back at the final to clinch the title. Truett finished the series ahead of a pair of Honda Talons, with Shawn Hess second and Cross Kirchmeier third. For that championship, Truett collected a $40,000 bonus from TexPlex Park, and he’ll be the defending champion in 2021. Here’s a look inside his championship RS1.

Truett bought the RS1 from Johnny Greaves, who fabricated the race cage, bed-delete, doors, nerfs, nets and burly bumpers. The rear bumper looks like a sprint-car design. Greaves also fabricated the RS1 exhaust with a muffler from a Pro 4 truck. An oval K&N filer replaces the OEM RS1 air box, and it has a pre-filter. The short-course RS1 has stock A-arms and trailing arms with added gussets for strength. Truett uses factory Walker Evans Racing needle shocks tuned by G-Force, and they’re protected by SealSavers covers. He removed the front sway bar and only runs the rear bar.

Bodywork and the cooling system are all stock RS1, and the axles are also factory. Collin runs Hess billet rear bearing carriers ($500) and hubs; Hess 7075 T651 aluminum hubs are $175 each; and chromoly hubs are $200 each. PRP limit straps ($100) on the rear further protect the WER shocks and axle CVs, and he also runs roost flaps to protect the rear end and bearing carriers. He also beefs up the front end with Keller Performance XP1K ball joints ($519.96 a set). In early rounds, Truett ran Hankook Winter T-Piker tires, but he switched to Hoosier 27.5x8R15 M500-compound UTV tires on Raceline Mamba A71B beadlock wheels ($220 each). Truett grooves the front Hoosiers for extra bite. Truett also beefs up the suspension with SuperATV billet-aluminum hex radius rods ($379.95).

Inside the RS1, Truett runs a Hess Flat steering wheel ($90) and a Hess hub ($50). He uses a Sparco Evo racing seat ($825 from HRP) with Simpson safety harness. He utilizes an Aim MX UTV dash data logger with belt-temperature monitor. It logs speed, rpm, range, throttle position, brake, fuel rate, track, lap times and more, and Hess carries them for $599. Collin uses a Rugged Radios hand-held radio and MAC3.2 clean-air pump ($325). Truett likes to keep his RS1 as stock as possible, and it delivers on race day!

See what makes the RS1 different from other RZRs here: https://utvactionmag.com/closer-review-polaris-rs1/ 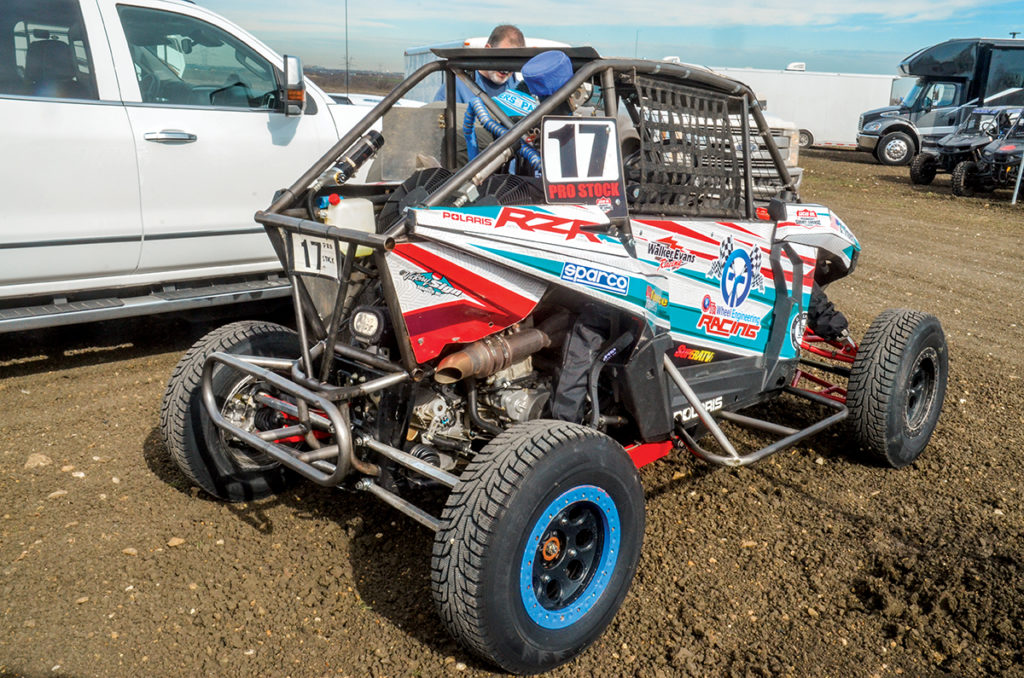