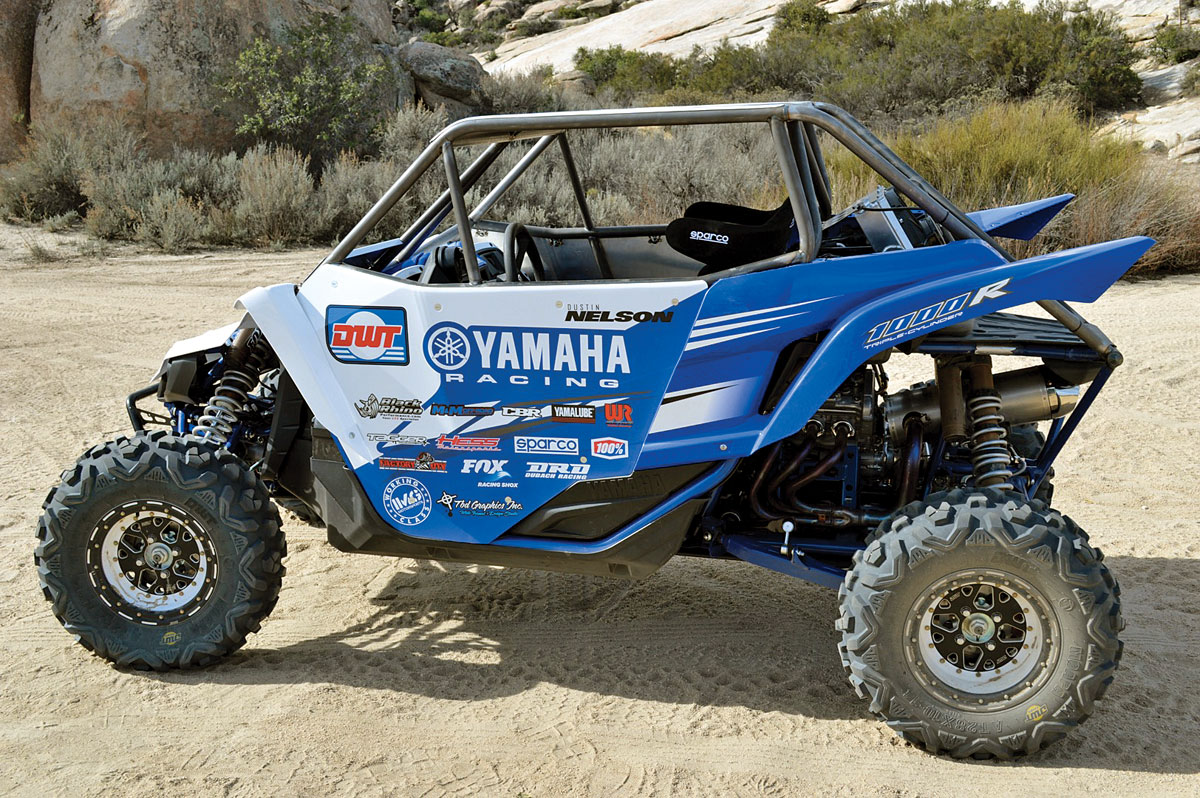 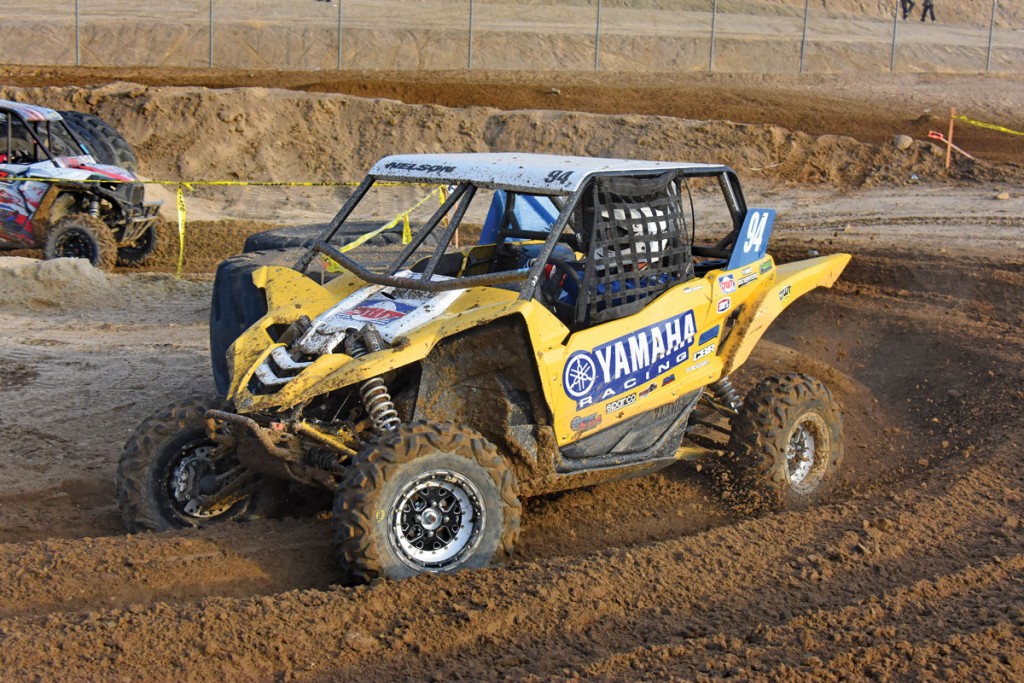 Dustin Nelson defeated Corry Weller in the 2015 Weller SR1 Championship racing series, so it’s a given that the long-time Yamaha ATV champion and LOORRS Pro Lite contender would switch over to the pure-sport Yamaha YXZ1000R for the 2016 season. He put his LOORRS Pro Lite truck up for sale and started testing the YXZ1000R for short-course racing. A long-time ATV racer, Nelson has several Quad-X championships and has campaigned the WORCS ATV series for several years, finishing second in 450 ATV Pro to Josh Frederick in 2008 and third in 2013. We featured Dustin’s #94 SR1 Wolverine last September, and he scored a third at the Glen Helen WORCS round in SxS Pro Stock. Switching to the YXZ1000R and competing in more LOORRS rounds for 2016, Dustin will do only four WORCS rounds, including the first round at Honolulu Hills MX outside Taft, California. He also did a demo lap at the first San Diego Supercross before the first LOORRS SoCal regional test day in January. We caught up with him at the WORCS opener to check out his YXZ1000R. 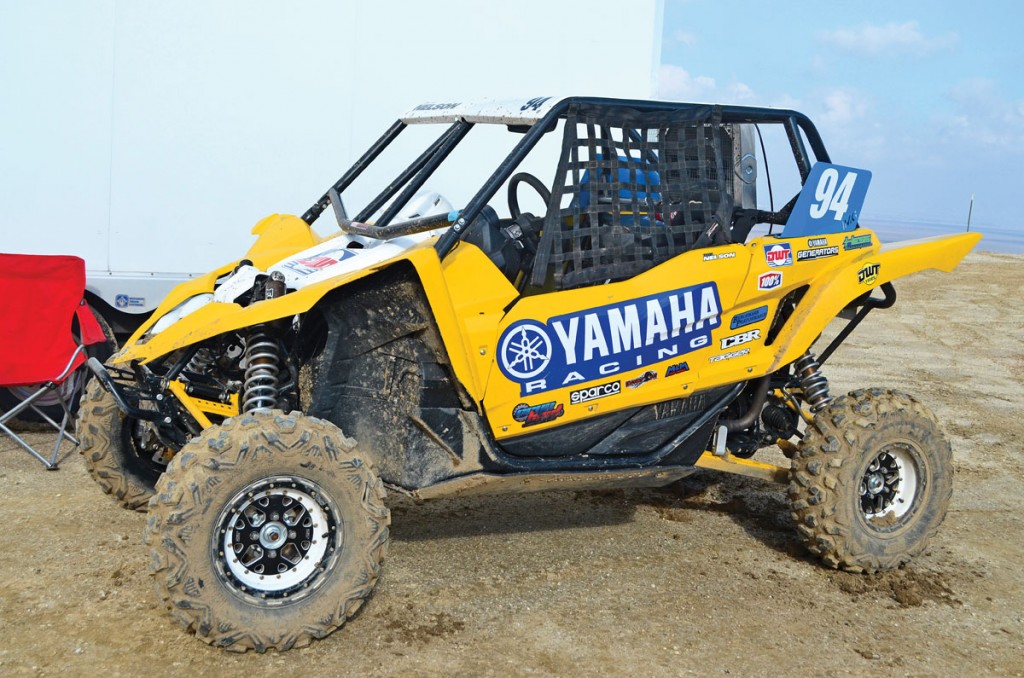 GEARING UP FOR LUCAS OIL OFF-ROAD RACING SERIES
LOORRS rules don’t allow widening Production 1000 UTVs, but suspension arms can be beefed up for strength and durability. Dustin is pleased with the strength and construction of the YXZ arms and chose to switch to Fox 2.5 Podium RC2 shocks with Kashima coating and Eibach dual-rate springs with crossover rings. M&M Motorsports did the re-valving work. Nelson had a low-speed compression setting of two turns out and a high-speed compression setting of 2.5 turns out on all four piggyback shocks. His rebound settings were 16 clicks out in front and 10 clicks out in the rear. After practice, he softened the front with a low-speed compression of 2.5 turns out and stiffened the rear with 1.5 turns out on both high- and low-speed compression. He left the torsion bars stock, but switched to SDI billet rear links with Zerk fittings for grease. 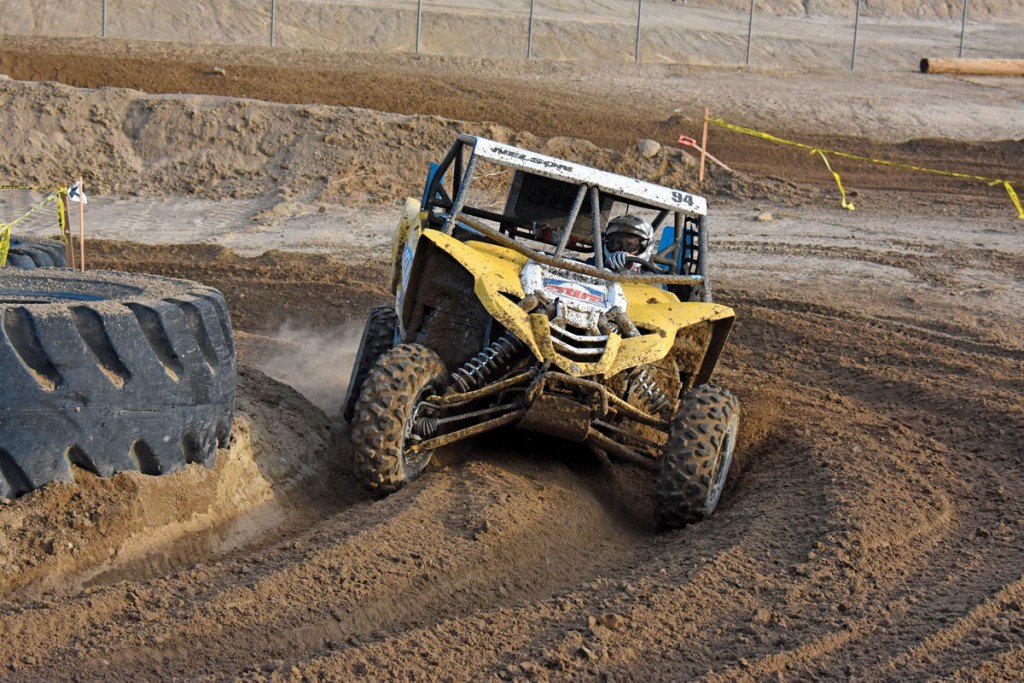 Nelson had Cryoheat treat the axles, CVs and transmission gears for performance and durability. Cryoheat uses cryogenic supercooling to realign metal molecules for more dimensional stability, strengthening metal parts 18–50 percent and increasing wearresistance 2.5 times. Cryogenics and micro-polishing greatly reduce friction, which reduces wear and heat. Cryoheat charges $360 for 5- to 6-speed manual transmissions, $55 per CV and $130 per axle. IMG Motorsports does the weld-on race cage, doors, side panels and heavy-duty tie-rods. IMG’s Vault cage for the YXZ uses 1.75-inch DOM main tubes with lacing in the corners, front V-bars and a Dzus-fastened aluminum roof for $1,999 with black powdercoating. Nelson’s WORCS YXZ SE sported the bolt-on Vault cage, but his blue LOORRS YXZ sports a custom weld-on cage with reinforced door panels. IMG’s H-D tie-rods are T6-grade aircraft aluminum with H-D FK rod ends, and they’re hard-anodized black for long life with a $325 MSRP. Dustin went with Factory UTV for the full-length UHMW skid plate. Prices weren’t set for the YXZ at press time, but the 3/8-inch RZR full plate with rock sliders is $479, and the 1/2-inch UHMW is $559. Nelson relocated the radiator with CBR’s 22.5×14.5×2.25-inch aluminum radiator with a 12-inch Spall cooling fan for $750. He also runs a coarse wire mesh in front of the cage-mounted radiator to keep it from caking and fouling the radiator. DWT Sector beadlock wheels are fitted with 27-inch DWT Moapa tires, and Dustin plans to test with the new DWT Moja-V for more hardpack LOORRS tracks.

MORE RACING UPGRADES
Nelson is used to shifting his SR1 Wolverine, so shifting the YXZ isn’t a big deal, but he does runs Hess Motorsports’ 2:1 steering quickener. This gives him half-turn steering from center to either lock for only $600, and the factory EPS keeps the increase in steering resistance minimal. Other than the cryo treatment, the transmission is stock with the OEM clutch. The YXZ engine is also bone stock with a Dubach Racing Development muffler. DR.D is also working on a YXZ header and mid-pipe. Dustin removed the secondary Yamaha air filter and had Benchmark Performance do the ECU flash to remove the OEM rev limiter, raise peak rpm by 500, and tune the EFI to the DR.D muffler with a carbon fiber end cap. Spotters are a big part of LOORRS short-course racing, and Dustin uses Racer-X radios by Black Rhino. He also uses a Sparco driver’s seat, harness and driving suit; Yamalube oils, cleaners and lubricants; Black Rhino’s rear-view mirror; and 100% goggles. Tagger paints his One Industries off-road helmets, and Dustin also uses Yamaha generators in the pits.