EVENT: RALLY ON THE ROCKS 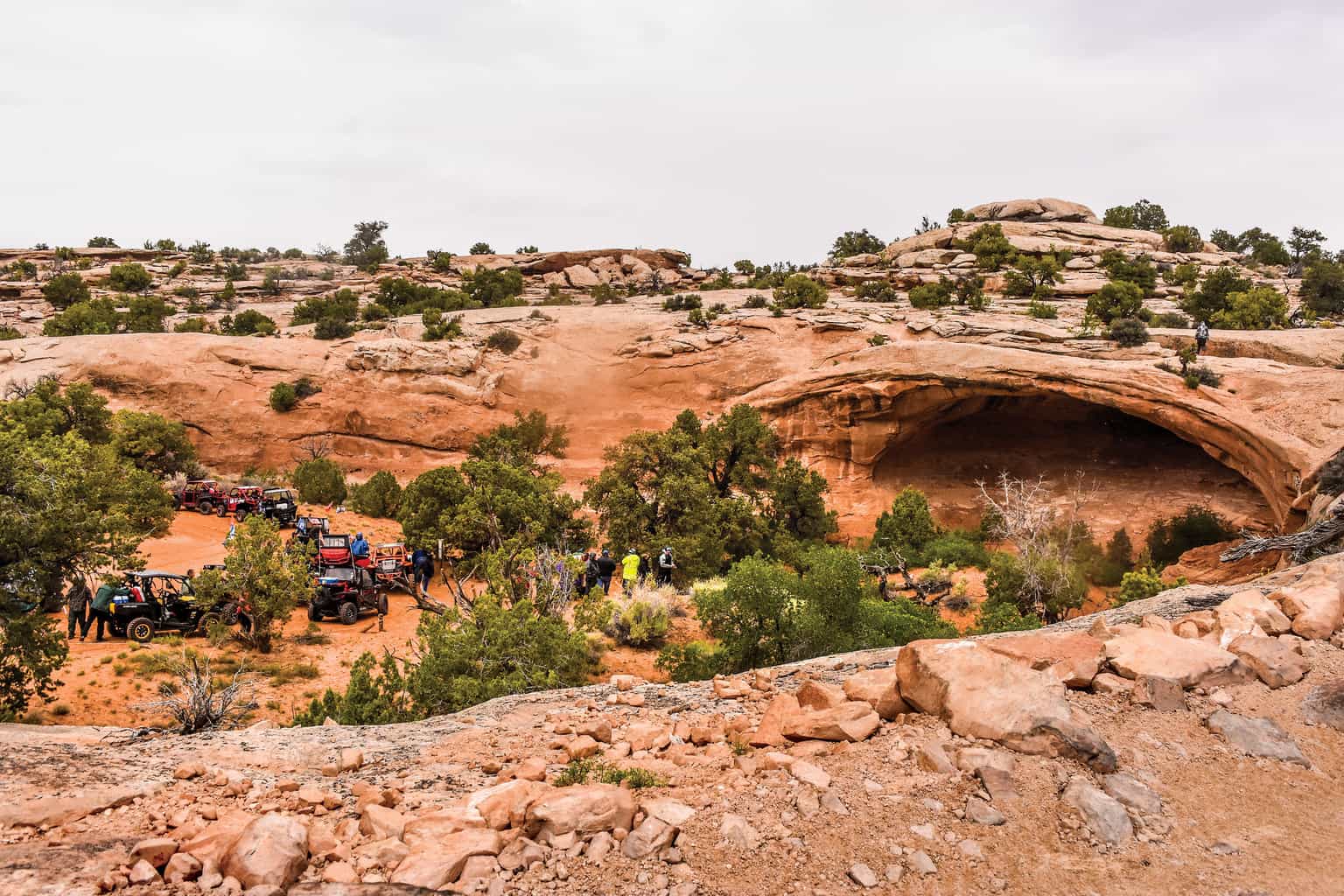 — Southeastern Utah is a worldwide destination for tourists, and Moab is located in one of the most scenic areas in the country, between Arches and Canyonlands National Parks and the Manti-La Sal National Forest. If you’ve ever watched any western, from My Darling Clementine to The Lone Ranger, you’ve seen the stunning red-rock buttes, part of the Colorado Plateau, surrounding Moab. It was also featured in Thelma and Louise, Con Air and the opening scene of Star Trek with Chris Pine. Simply put, not even the big screen can do Moab justice, so it’s important to experience it yourself, and the best way is in a UTV. There are several year-round UTV and Jeep touring companies and OHV rentals—from mountain bikes and dirt bikes to street-legal UTVs—in Moab.

As a worldwide vacation destination, Moab has a full calendar of events with plenty to do for OHV enthusiasts, like the Easter Jeep Safari and mid-May’s UTV Rally On the Rocks (ROTR). The ROTR has five days of guided rides on trails with scary names like Poison Spider, Steel Bender, Cliffhanger, Strike Ravine, Hook-n-Ladder and Metal Masher, and there are 16–17 daily trail choices for the 1000 or so participants. So, a first-timer could start Tuesday with moderately easy trails like Kane Creek and Chicken Corners and advance to harder and more technical trails like Behind the Rocks, Cliffhanger and Moab Rim. And most trail rides leave from the Old Spanish Trail Arena, ROTR’s headquarters, guided by local police to trailheads and back. How cool is a UTV parade through town?

MORE FUN OFF THE TRAIL

There was also a Wednesday night ice-cream social and catered Friday dinner and grand raffle, where a tricked-out RZR XP 4 900 was won by Chuck and Tammy Gardner of West Jordon, Utah. A mountain of swag was donated by the many vendors for jamboree participants, including two dozen sets of tires and even cash prizes from HCR Racing. The RZR XP 4 900 was tricked out by HCR, Warn, Factor 55, Fox, Raceline, XTC, Rockford Fosgate audio, Heretic LED Lights and Arisun, and the proceeds from the 200 $100 tickets sold went to the Beacon Weekend Food for school kids project.