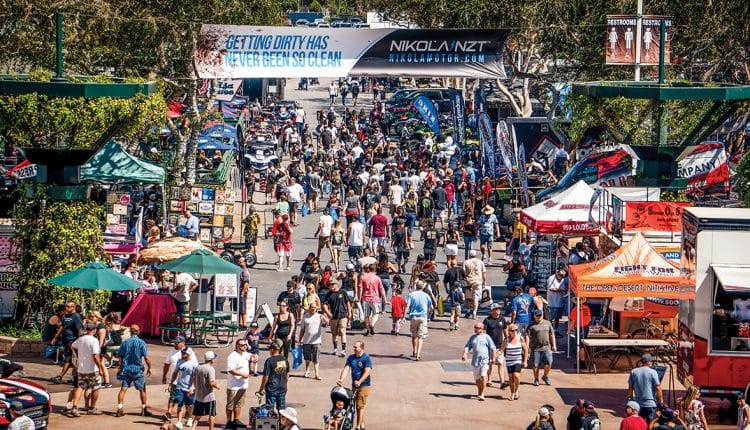 Winter in the Southwest is dune and desert season. To get in the mood and equip machines with the latest products, OEMs, vendors and shoppers all gather at the Orange County Fairgrounds in Costa Mesa, California, for the unofficial kick-off to the season. The attractive eye candy is all of the high-dollar builds that dot the massive grounds.

We like to dig a little deeper to see what new products vendors from all over the country are trying to promote. What stuck out was several new lighted mirrors and a new particle separator that doesn’t require power or make noise. System 3 has a new sand tire that looks like something out of 1980, but should work very well for the average sand explorer. There were a handful of tricked-out Honda Talons, tons of RZR’s, a few YXZ’s and a bunch X3’s. Furthermore, Robby Gordon debuted his new Speed SXS which is his version of the Wildcat XX both in two and four seat configurations. Here’s a dozen products that stuck out and we wanted to share with you. Next years event will be in mid-September. When we get the dates we will be sure to share them with you.