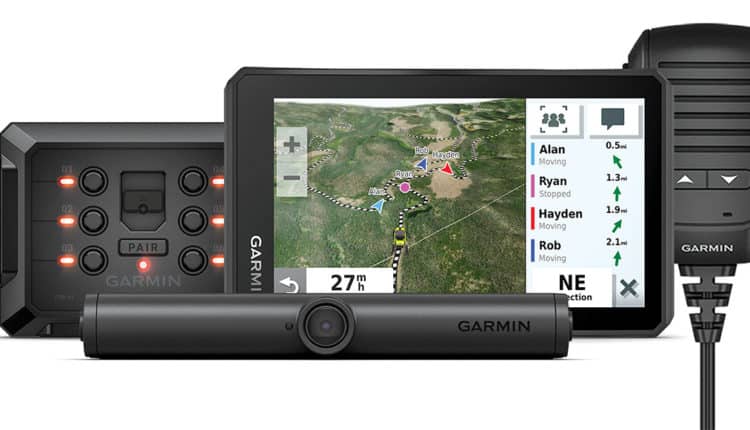 WHAT IT IS: GARMIN TREAD GPS

The Garmin Tread GPS is Garmin’s new GPS/FM radio device. We have been testing the system recently and comparing it directly to Polaris’ Ride Command. Tread works like a GPS system but also gives you the ability to talk to and see other cars in your group. There is also a 5.5-inch screen to view a remote back-up camera that Garmin sells separately.

HOW DOES IT WORK?

Tread uses 2-watt VHF radio signals via six different frequencies you can choose from to transmit audio, as well as view a location marker on the screen. A GPS signal supplies all the location data for the maps, which are extensive and include all city streets and highways, as well as a huge library of OHV trails. You can hose-clamp the screen anywhere on your roll cage A-pillar or hard mount it to the dash.

Our comparison with the Ride Command was extensive. Basically, we mounted two Tread units inside two Polaris machines equipped with Ride Command. We ventured out on the trails while watching both screens. Polaris claims its Ride Command system will show other riders up to five miles away. Actually, we were able to go over eight miles away before the signal would drop off, and that was around trees and over hills. The little vehicle icons on the Tread system weren’t as easy to see as on the Ride Command system, but the Tread system worked just as well and at a far distance. As for the CB-type radio feature, it worked well any time we had line of sight. Even at that eight-mile mark, we could still clearly communicate with each other; however, when blocked by just a few trees or over a slight rise, the talking function was not clear. It was only slightly better than a helmet-mounted Bluetooth communicator.

A GPS THAT TALKS TO FRIENDS WITH RIDE COMMAND