GETTING THERE IS HALF THE FUN 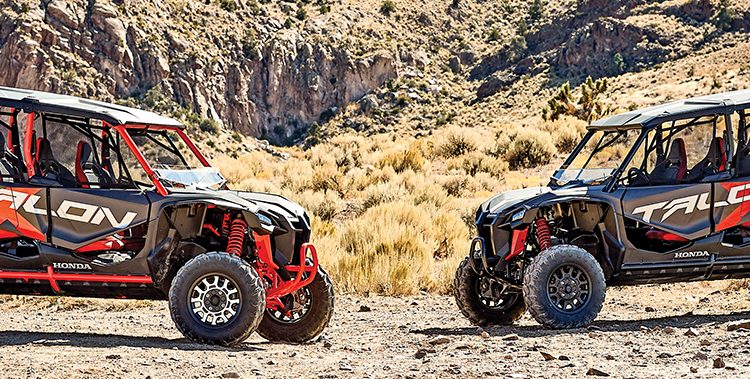 For most of us, going riding starts hours before you buckle your belts and twist a UTV’s ignition key or push a start button. There’s loading up, gassing up, checking routes, picking up friends, and sometimes fishin’, fightin’, fixin’ flats and depending on your routine and the characters you ride with, who knows what else.

UTV Action editors have to ride to where we ride just like you do most of the time, in a hurry in vehicles that have big numbers on their odometers. We’ve had our share of ride-delaying tickets, breakdowns and other emergencies, but the ride to the ride is usually part of the fun. Sometimes being an editor for a leading media outlet means the ride to the ride and the riding are way more fun than they normally are. When that happens, it’s usually because we’re going riding with a group that’s much better equipped than we are, like Yamaha Motor Corporation, Polaris Industries, Bombardier Recreational Products (makers of Can-Am UTVs), Textron, Arctic Cat to UTV fans, Kawasaki Motor Corporation, Honda Motor Corporation and others.

All these companies succeed because they have real enthusiasts on their teams, so going riding with them is like riding with friends—if your friends were backed by massive multinational corporations with billions of dollars in resources.

Honda invited UTV Action to go riding with them the other day, and the invitation was very casual. Honda wanted to introduce the Talon 1000X-4 and the Talon 1000X-4 Fox Live Valve to the press, and, of course, they wanted the most highly skilled driver from UTV Action, the industry’s oldest, largest and most respected UTV media outlet. These were, after all, two high-performance sport UTVs, and having spent millions developing them, Honda wanted someone who could comfortably probe the machines’ limits. Cain couldn’t make it, so Honda got me and Lump, two of the industry’s oldest, largest and most respected UTV drivers and journalists. Lump’s fast, too. He’s a former pro-level motocross racer, and I’m momentarily fast, so we had it covered.

Honda wanted to introduce the new four-seat Talons in just the kind of setting where four-seaters are often used-on a family-style camping and riding trip. Honda being Honda, every detail of the experience was surely researched to assure an authentic experience. Typical camp-fire flame heights were measured. Marshmallow stick lengths and materials were tested. Motorhome couch-cushion dust content was cataloged. The result was typical Honda—preparation for every detail brought complete success in the family-style camping experience. The new Talons were great, too.

There were, of course, subtle differences between my typical family camping and riding trips and Hondas. Having experienced every mechanical failure a motorhome can have, I now arrange to have some form of rental camper brought to my camping location as Honda did. Difference number one was Honda found a company that provides campers that look and smell new. Some I’ve rented look like abandoned vehicles and smell like a dumpster fire. Difference number two was the style of vehicle I used to get to the campsite. At first I thought Honda had researched the high failure possibility of my 360,000-mile-old Toyota truck or my somewhat newer but less reliable Ford truck reaching the press event location in the remote Nevada desert. They provided Lump and me a 2020 Honda Passport Elite AWD for the trip, an astoundingly roomy, luxurious, comfortable vehicle with considerable off-road capability that is eerily silent at brisk freeway speeds. Difference number three were the trails. On my camping and riding trips, my poor sense of direction has resulted in me leading family and friends into the worst trails in some of the best riding spots around. Honda enlisted the help of off-road racing legend Scot Harden, who artfully wove two different loops of some of the most fun, challenging, scenic riding I’ve ever experienced from the trails near Caliente, Nevada. Harden does this sort of thing through his company Harden Off-Road (https://harden-offroad.com, [951] 491-1819).

WHERE TO RIDE: MICHIGAN

UTV RALLY ON THE ROCKS