Glen Helen has hosted Nitro RX before, as its steep hills and banked turns
are ideally suited for Nitro RX’s brand of fast and furious racing. Most
recently, Glen Helen put on a thriller last October that went down to the wire, with the top six cars crossing the finish line just three seconds apart.
Now for the 2022/23 finale, Nitro RX is coming back to the best dirt track of
the season. The Group E championship will come down to this event, which
as a full doubleheader has even higher stakes. It will also feature evening
racing under the lights, as well as incorporate track upgrades, additional
festival elements and new entertainment to be announced. Fans can also
enjoy Nitro Circus shows, where premier action sports athletes will show off
their daredevil skills.

Pastrana said, “Holding the season finale at Glen Helen Raceway is
awesome for the series because the track is wide and flowing, which
provides great passing opportunities. And last October was the closest
racing of the series. Also, on a personal level, I raced my first outdoor
national motocross event there when I was 16 years old, and the facility is
iconic in motorsport.” 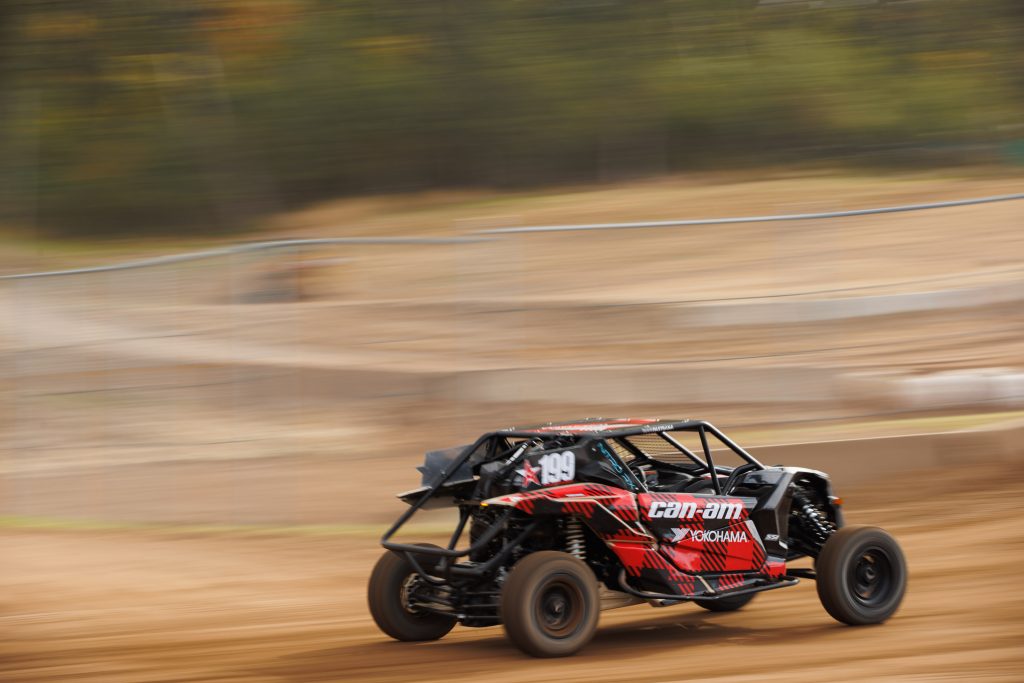 Pastrana added, “We aren’t just coming back – we’re doubling down on the
action sports entertainment, including Nitro Circus shows along with more
fun for everyone in the family. And racing under the lights in Phoenix was

such a hit, we are adding that element to the championship to create even
more excitement for fans.”

In addition to the electrifying action of Group E, rough-and-ready Side-By-
Sides will return, featuring a number of big names in UTV racing. Prior U.S. 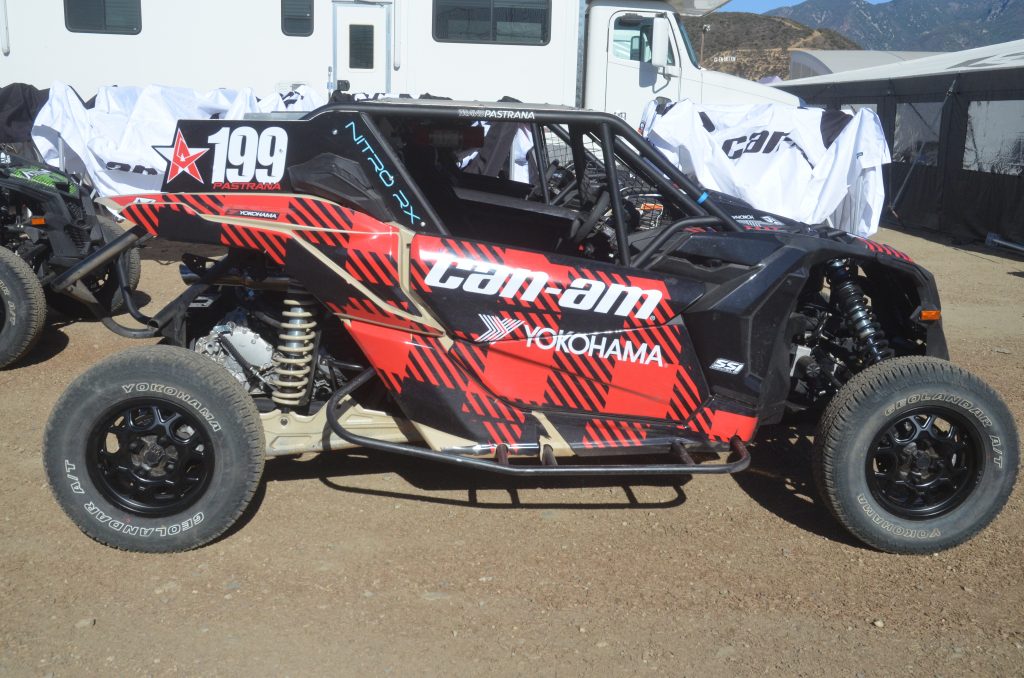 For the 2022-2023 Nitro Rally-X season, four American NRX rounds also include heads-up UTV races in addition to the spec-class NEXT gas-powered and E-powered 4WD rally cars. UTV and Trophy Truck racer Scottie Lawrence is crew chief and builder of the dozen MaverickX3 X RS Turbo RR machines, which racers can buy into for $15,000 at each US NRX round.
Each Maverick is identically prepared and then individually wrapped for the three days of practice, timed qualifying, and Saturday’s and Sunday’s heats, semis, LCQs and mains.

At October’s fourth round of the series and second in America, freestyle and rally legend Pastrana battled it out with fellow freestyle and short-course champion Brian Deegan battled down the the wire on Saturday, with Deegan making an incredible last-straight charge past Pastrana for the win, and Canadian Gregoire Michaud was in the mix all day long as well. In
Sunday’s UTV main, Deegan tangled with skateboard icon Leticia Bufoni off of the start, and Deegan flipped, damaging his roll cage. It would take too long for the NRX X3 crew to change the cage, so Deegan was not allowed to restart. Pastrana went on to win the main and the weekend overall, adding to his third-round win at ERX Park. 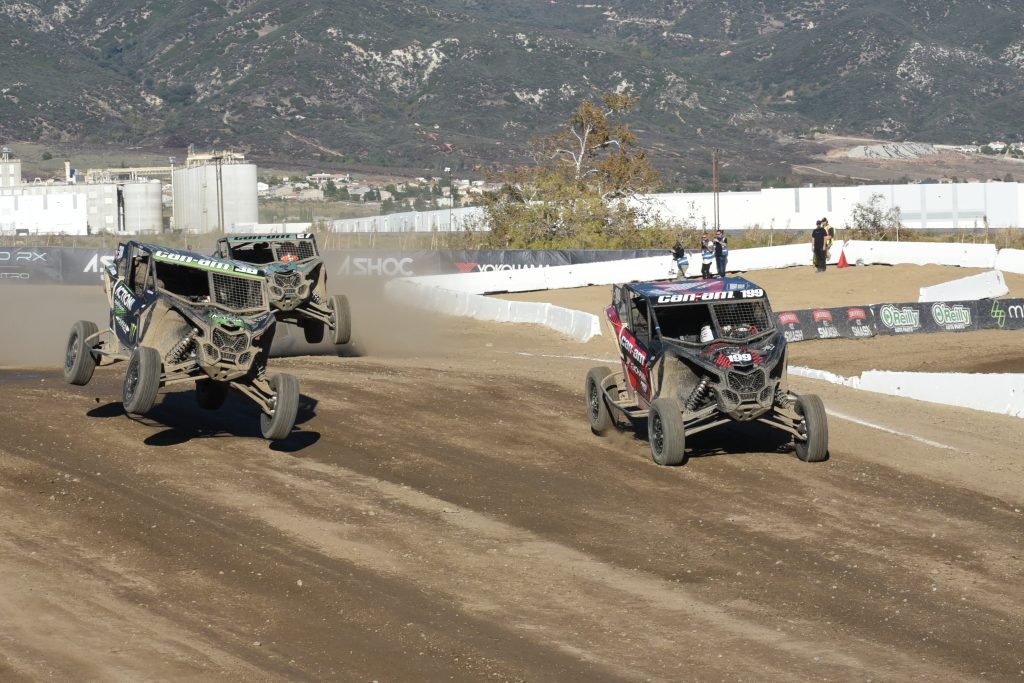 With the season finale returning to Glen Helen Raceway, buying into the March 17th-19th final NRX UTV race will be the thrill of a lifetime for a lucky few. The October GHR round also featured four-time Pikes Peak Hillclimb champion Robin Shute and two-time 125-West AMA Supercross champion Jeff “Chicken” Matiasevich, along with child prodigies Lia Block and Ben Maier. 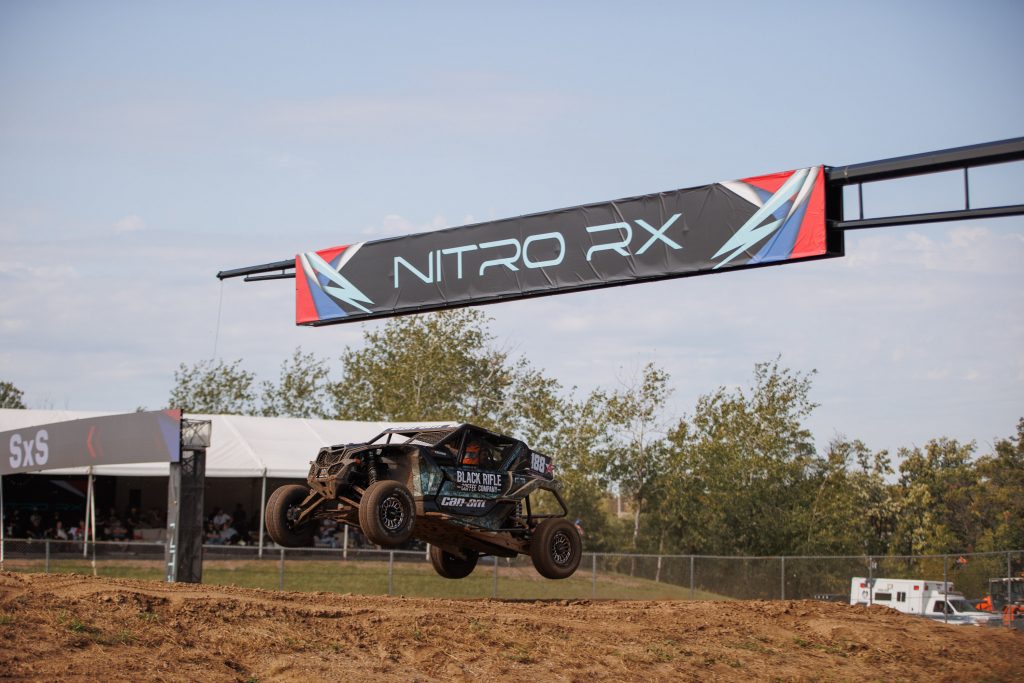 Experience It Live:
Tickets to Nitro RX’s 2022/23 championships are available now via an
Early Bird pre-sale at nitrorallycross.com (passcode: NRXFAM). The
public on sale begins tomorrow – Friday, January 13 – at 10am.
General admission tickets will be available in both single-day ($20 for Friday;
$25 for Saturday and Sunday) as well as weekend ($50) options. VIP Club

Nitro RX passes will also be available ($100 for Friday; $125 single-day on
Saturday and Sunday; $300 for weekend). RV camping passes can also be
purchased. All prices plus additional taxes and fees. More information on
Club Nitro RX’s premium amenities is detailed below.