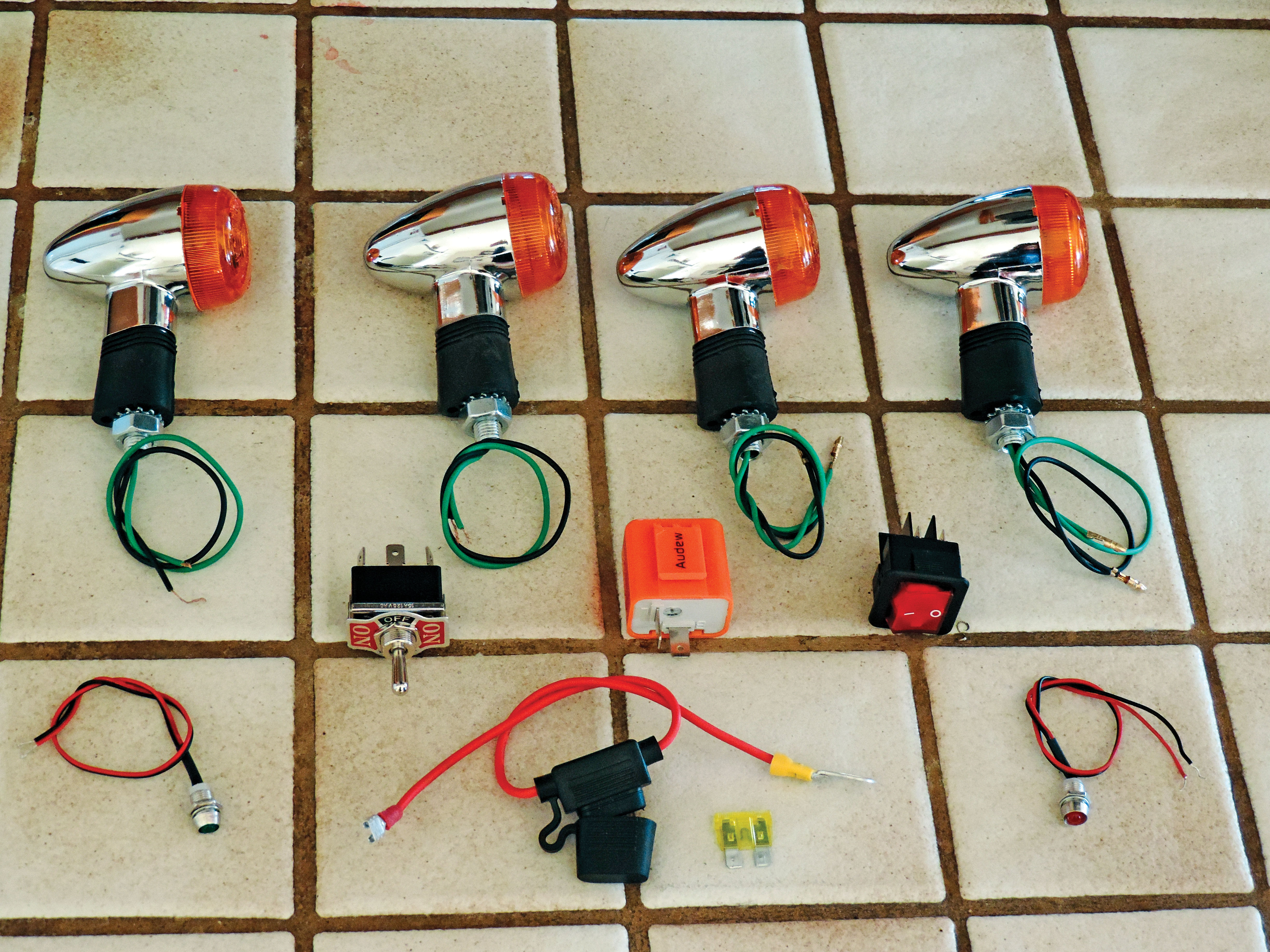 A few weeks ago I was talking with a friend about attending the off-road activities in Moab, Utah. He mentioned that if I wanted to be street-legal in Utah, I would need to have turn signals (and side mirrors) on my UTV. I had already installed a horn and a lighted license plate bracket needed in Arizona, so I decided to check out turn signals for my car. I couldn’t believe how expensive the kits were. Yeah, they are complete and really work, but I figured I could make my own for quite a bit less. So, I sat down and drew out a simple diagram for turn signals and emergency flashers using components readily available from Amazon or other similar sources.

Here’s what you need to do the job:

4.) One dual-pole, single-throw switch (on/off) that can be rocker or toggle type—latching, not momentary.

6.) One electronic flasher unit (for LEDs).

Remembering that many of the ’50s British cars had dash-mounted toggle switches for turn indicators (and even some of the new UTVs are doing the same thing), I decided that a toggle switch would work just fine. If you have an ATV or dirt bike, you might want to use the handlebar-mounted switches as an option. I chose to use a single-pole, dual-throw (on/off/on), latching toggle switch for the turn signals and a dual-pole, single-throw (off/on), latching rocker switch for the emergency flasher. I also chose to add two small round LEDs on the dash for indicators. These could be omitted for ATVs and dirt bikes, or if you don’t think you need them. I decided to avoid using the brake lights on the UTV, since I really didn’t want to interrupt the existing wiring and end up with a can of worms. I chose to use amber, bullet-type, motorcycle LED turn-signal lights on the front and rear. These lights can be installed almost anywhere on any vehicle. I got lucky installing them on my 2006 Rhino. (Yeah, I still drive it and I love it!) I had replaced the stock seat belts with harnesses that needed straight steel bars welded on the roll cage. This left two unused mounting brackets that fit the rear signal lights perfectly. For the front lights I used L-brackets bent to shape and bolted directly to the roll cage at the cowl. (Remember Ford’s Model A cowl lights?) With the lights in place, all that was left was to run the wires. I used frame grounds, which allowed me to run one wire to each light. However, if you are mounting to a plastic or isolated surface, you will need to run wires for power and ground. Using the diagram provided, take a good look at your vehicle and figure the best path to use for wires and places to mount the lights. Good luck!