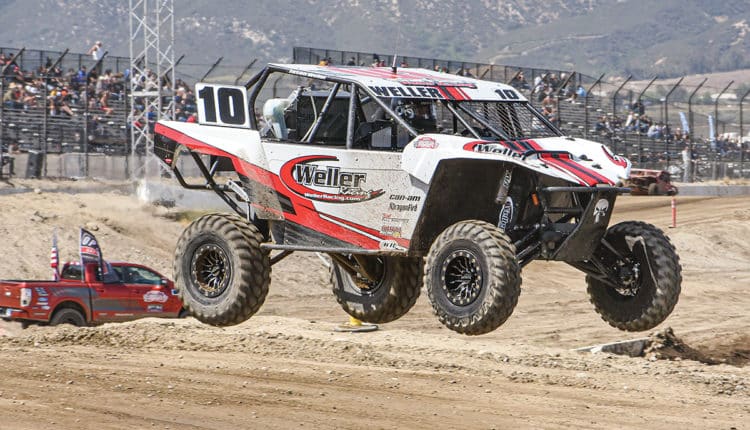 Jason Weller left GM and started Weller Racing in 2006, and his quad racing and STEM backgrounds led him to specialize in building race engines for ATVs and later UTVs. By 2008, Weller Racing was making waves in CORR, with wife Corry at the wheel of WR Rhinos. That led Jason, twin Jeff, and Corry to start the SR1 project, which involved stuffing an R1 Yamaha road-race engine into a modified Rhino chassis to create a 2WD UTV spec-racing class. The Wellers worked with the Lucas Oil Off-Road Racing Series (LOORRS) to create the SR1 Rhino class starting in 2010, so it was natural that Great American Short-course (GAS) continued the partnership. Jason and Dustin Nelson traded wins and top-qualifier points at the first two GAS SR1 rounds, but Jason dominated the third and fourth rounds, while Dustin didn’t attend, so Jason has a huge points lead. We got a chance to check out Jason Weller’s SR1 1000 at the first two rounds. The next-generation SR1 has new fenders based on the Yamaha Wolverine, new shock mounts, and a laser-cut engine enclosure. 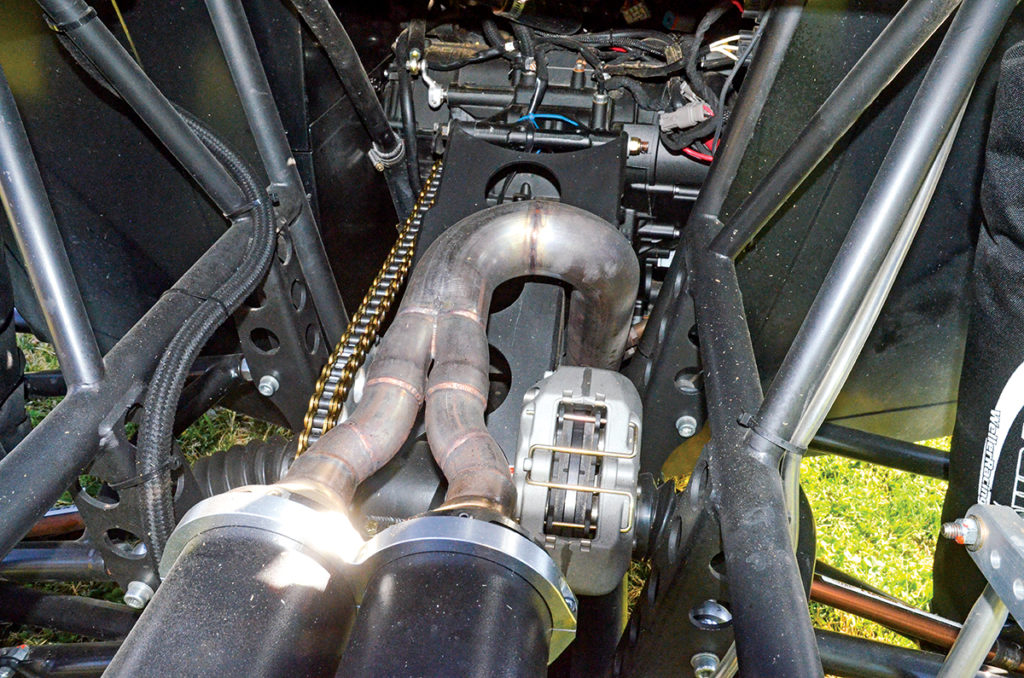 The widened frame and longer A-arms give the SR1 a 76-inch width, 14.25 inches of front travel and 15.5 inches of rear travel. The LSR +6.5-inch A-arms have adjustable caster and camber. Spec-class R1 engines are sealed; only intake, exhaust and ECU tuning can be modified. Weller makes a custom four-into-one header with a 2.5-inch collector, and customers can choose their own muffler, usually Magnaflow. With a K&N air filter and WR-tuned Dynojet R1 Power Commander 5 ($265), SR1s make 180 crank horsepower and 140 rear-wheel horsepower! A WR YXZ1000R tops out at 81 mph, and an SR1 can easily double that.

Weller’s SR1 shifter kit ($306.78) mounts to the engine mount, and the chromoly linkage is a short-shift design for crisp sequential shifts. Jason runs a hydraulic clutch on the shifter that pivots on the engine cover next to the steering wheel. Weller also gives racers the option of a left-foot clutch pedal. Weller’s high-performance race radiator (CBR, $650) has a large fin design for more airflow and less packing with roost, a six-port design for the R1 engine, and a high-performance Spal fan. The core is 22.25 inches wide by 13.75 inches tall by 3.0 inches thick, and weighs 15.1 pounds with universal mounts. Jason fabricated triangular mounts welded to the frame with a wire-mesh screen and large coolant reservoir attached to one side.

Weller sells the Sparco Pro 2020 QRT racing seat for $745; it’s designed for a medium-sized driver with a waist size up to 34 inches and is Sparco’s deepest-bolstered seat. It’s FIA approved and has a lightweight QRT fiberglass shell and fire-retardant, non-slip fabric. It also has removable and adjustable lumbar cushions and seat bottom. The seat mount is $90. Shoulder harness openings are raised over the original 2000 QRT, and Jason uses a DragonFire four-point auto-latch harness ($109.99) and a Sparco steering wheel with DFR quick-release hub. His SR1 also has an electronic power steering unit.

Weller uses an Aim MXS 1.2 Strada digital dash with speed, rpm, lap counter, lap time, gear, coolant temperature and oil pressure readouts. It has a high-contrast TFT color display and side RGB-alarm LEDs that can be set for shift points, GPS and track library, camera interface, and data download to a personal computer, all for $1,399. See www.aim-sportline.com or call (951) 674-9090.

Most short-course racing UTVs have front-width tires and wheels on the rear to boost handling and rotation in turns, but 2WD SR1s sport wider rear rims and 26×11-12 Maxxis Ceros tires for better drive. All in all, Jason’s Weller Racing SR1 Wolverine is a next-generation rocket and one of the fastest UTVs on the track. At GAS round two, Jason’s qualifying 51.193 lap time was faster than Trevor Leighton’s Pro 2 truck’s lap time of 51.945! Only the Pro Buggies were faster. 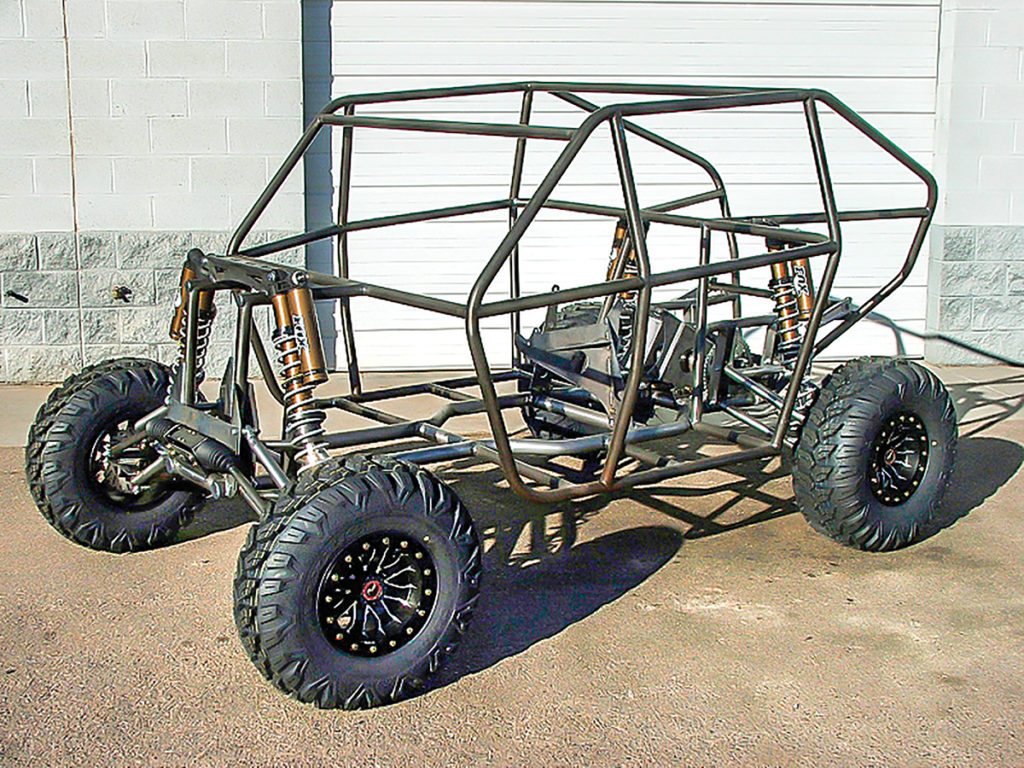