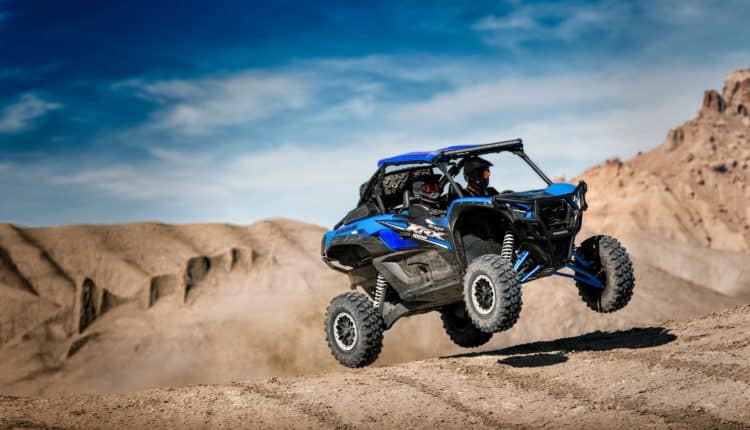 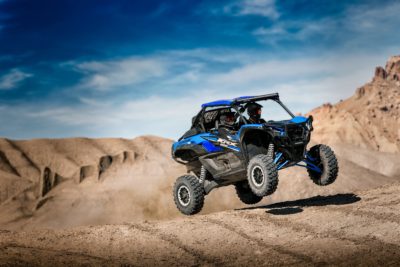 KAWASAKI REVEALS HYBRID POWERTRAIN
Kawasaki recently revealed that it is developing a hybrid
motorcycle powertrain in a recent Youtube video Kawasaki Reveals Hybrid Powertrain
https://www.youtube.com/watch?v=BBf3eHhfW3k. Making gasoline-
electric power practical for motorcycles would also open the door for a
similar system for UTVs.
Hybrid power is common for cars, but weight, space and cost are
much more serious concerns on motorcycles and UTVs. Kawasaki
doesn’t explain how it will deal with those issues in the video, but it
does show interesting features of the system including its four modes,
and that power from both sources pass through a transmission. The
first mode runs the engine and the motor simultaneously for maximum
power. The second keeps the engine on while turning the motor into a
generator that feeds power to the battery pack. The third makes the
engine a range extender, while the fourth turns the engine off
completely and powers the vehicle solely on electricity. A boost feature
which delivers brief bursts of extra electric power is also available.
Kawasaki also has an electric motorcycle in the works, so it will
be interesting to see which system finds its way to a Kawasaki UTV
first.
See the new Kawasaki KRX 1000 eS here: https://utvactionmag.com/new-kawasaki-krx-1000-es-long-travel-t2-t4-s/
Continue Reading
ALTERNATIVE POWEREVKAWASAKI REVEALS HYBRID POWERTRAIN
Share FacebookReddItLINEWhatsAppEmailPrint

MAKE YOUR OWN KRX 1000 TOOLKIT