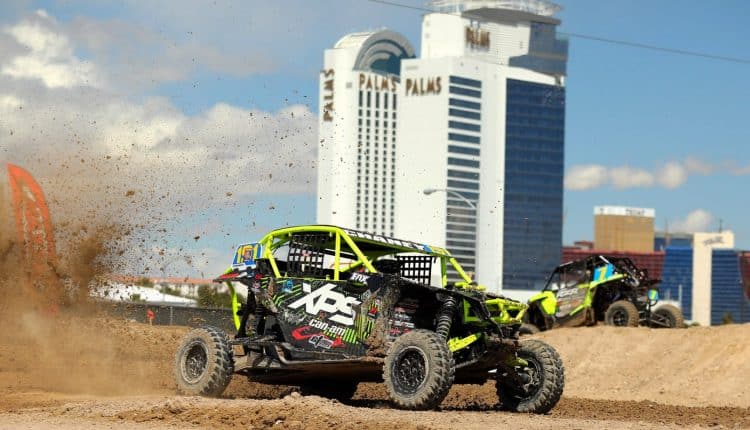 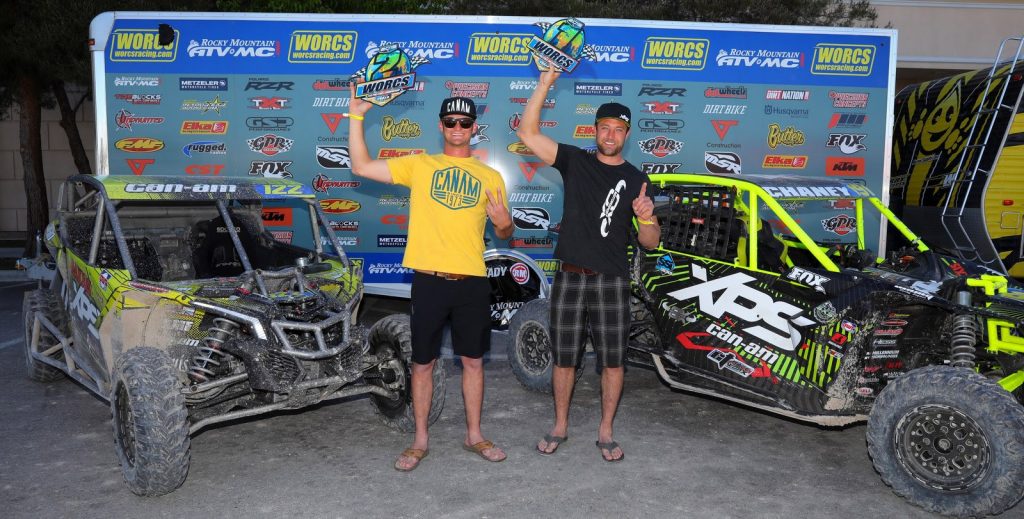 The track was significantly different from most WORCS venues. The tight course used the horse arena, as well as the grounds and the parking lots surrounding the venue. Different types of dirt and asphalt comprised the racing surface, while competitors also had to content with log, rocks, and large truck tire sections. Owing to the massive number of entries, WORCS officials split the field into two starting groups

Chaney came to the race at the urging of fellow Can-Am racers Cody and Hunter Miller after having just competed in the UTV World Championship in Laughlin, NV. Chaney ran in the second group and took full advantage of a drier track to get the X3’s turbocharged power to the ground. He led every lap in his group and went on to take the victory.

“Cody and Hunter started in the front group so I watched them to see how I could make up some time,” said Chaney. “I knew I had a lot of passing to do so I drove my hardest every lap. The track was awesome; super tight and technical. I like the asphalt and the different mix of everything. The handling of the Can-Am was awesome today.” 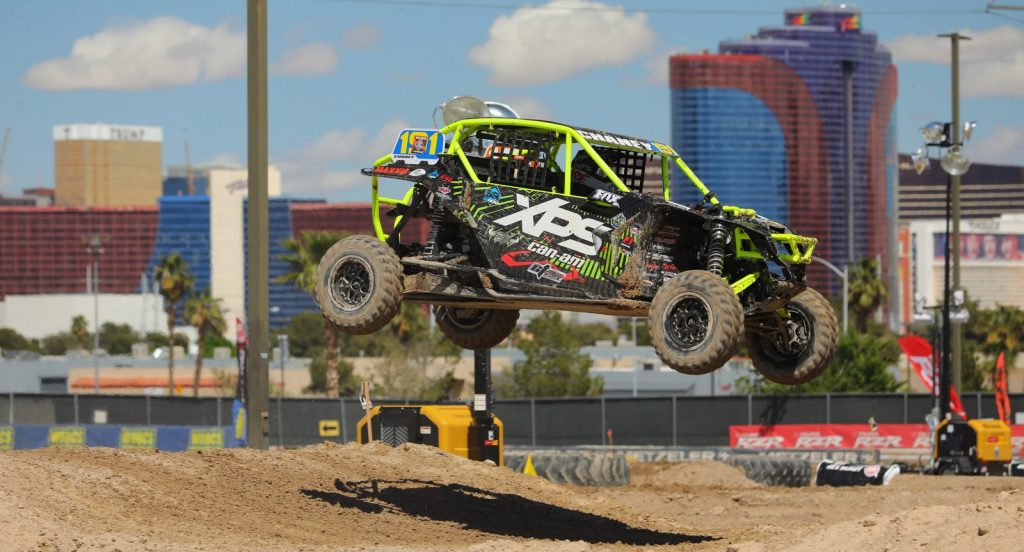 In the first group, it was the battle of the Cody’s as Cody Miller and Cody Bradbury duked it out for nearly the entire race. Fighting it out through the jumps in the arena, and the rocks and the logs, the paved corners proved to be excellent passing zones. Miller nipped Bradbury late in the event and went on to finish first in his group. The podium allowed him to pad his lead in the championship chase by nine points ahead of Bradbury. 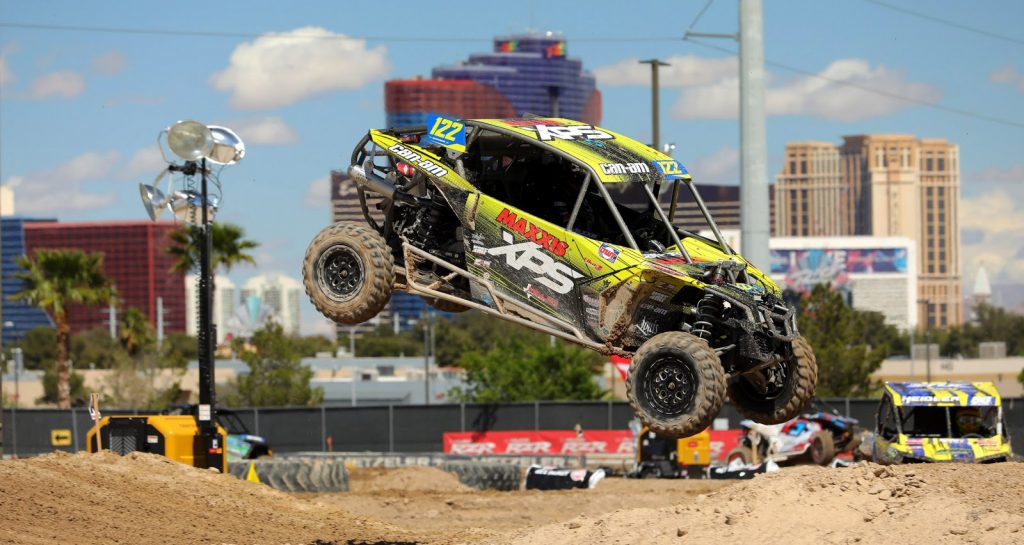 “We had a clean race and we gave the crowd something to watch,” said Cody Miller. “My Can-Am Maverick X3 was really ripping out there. I was definitely pulling everybody out there in the open areas. The traction was significant and I had huge amounts of power coming out of these corners and that worked to my advantage.”

Bradbury drove a Polaris RZR RS1 in the event. Though he had less power than the rest of the field in the naturally aspirated car, he proved again that the RS1’s nimbleness would pay off. The tight and technical track, as well as slick conditions early in the race worked in his favor.

“I ran the RS1 due to the tight nature of the track,” said Bradbury. “I was a little down on horsepower to the turbo guys, but the RS1 did a good job when the track was wet. When it dried out, Cody gapped me a little bit when he was able to get the power to the ground. WORCS did a great job with the track this year. There was quite a bit more passing than I thought and it made for a nice level playing field for everyone.” 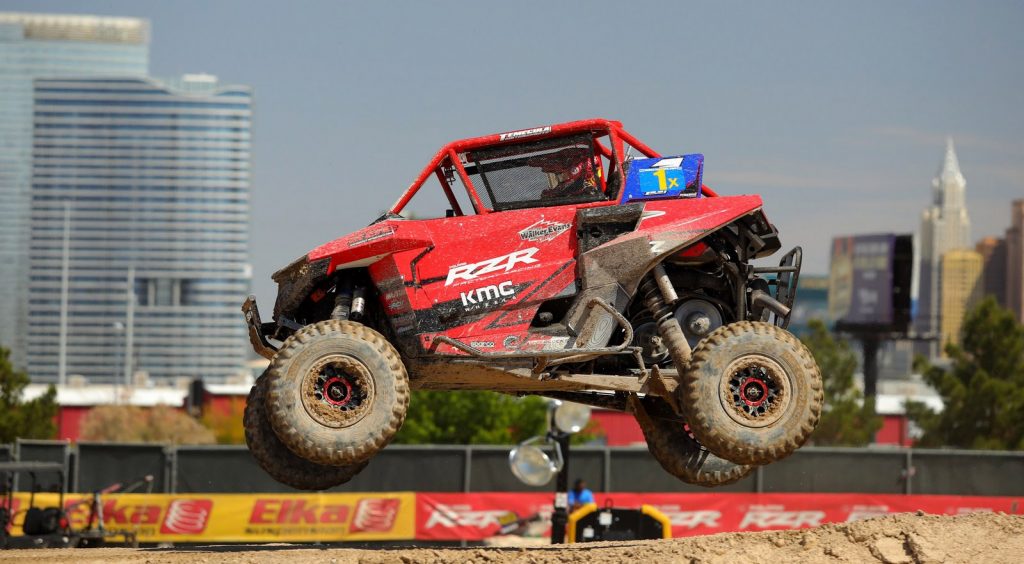 In Pro Stock, Wemple, fresh off winning at the UTV World Championship in the Pro Turbo class, earned his second career Pro victory in one week. Driving a Polaris RZR XP 1000 he built in his high school shop class, Wemple had handling issues in practice. Shock and rear suspension geometry changes prior to the race worked perfectly for Wemple. Running in the second group, he took the physical lead on lap three and was never headed from there. Points leader Corbin Leaverton finished second, ahead of David Haagsma. Both were driving Polaris RS1s.

“When we went in for practice and did not have a good time,” said Wemple. “We made a bunch of shock changes and went into the race. The track was tight, so to compete with the RS1s I toed out the rear end to try to turn with them. We prepared the car a little bit more and spent a lot of hours on it. I learned clutching and clutched the car myself. That has benefitted me a lot.” 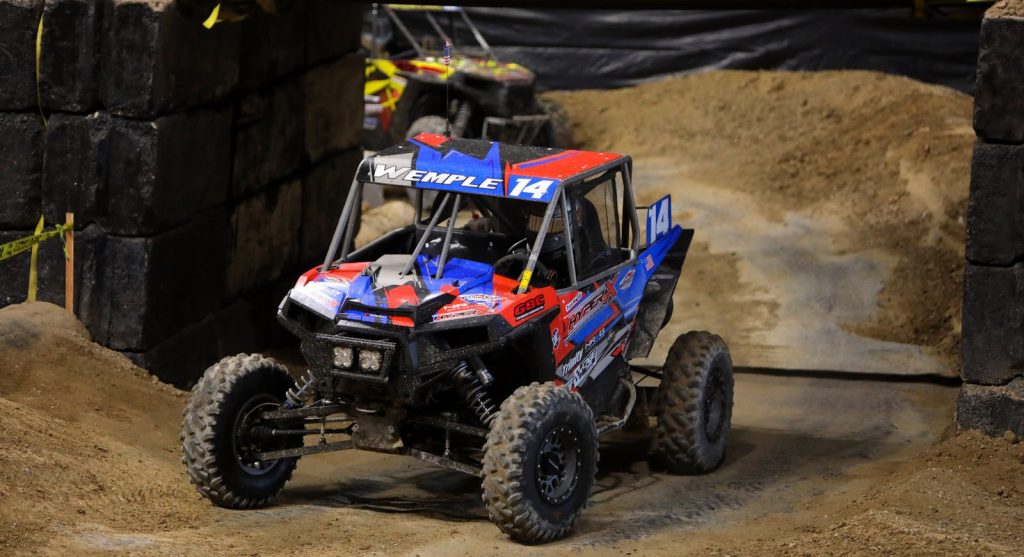 Leaverton took the holeshot in the first group and dominated the race, gapping the field. He backed it down slightly late in the race to save the car and that fateful decision put him second on adjusted time, just half a second behind Wemple. The podium, combined with an eighth-place finish by Matthew Hancock and a 10th by Beau Baron, put him 18 points ahead in the championship.

“I’m thankful for a good clean race,” said Leaverton. “It was a really good points day for me with Beau and Matt having bad races. It’s really nice to go into the next rounds with a good points lead. The championship is my goal this year. Vegas is a lot different than any other WORCS race. It’s really tight and technical and I like that kind of stuff.” 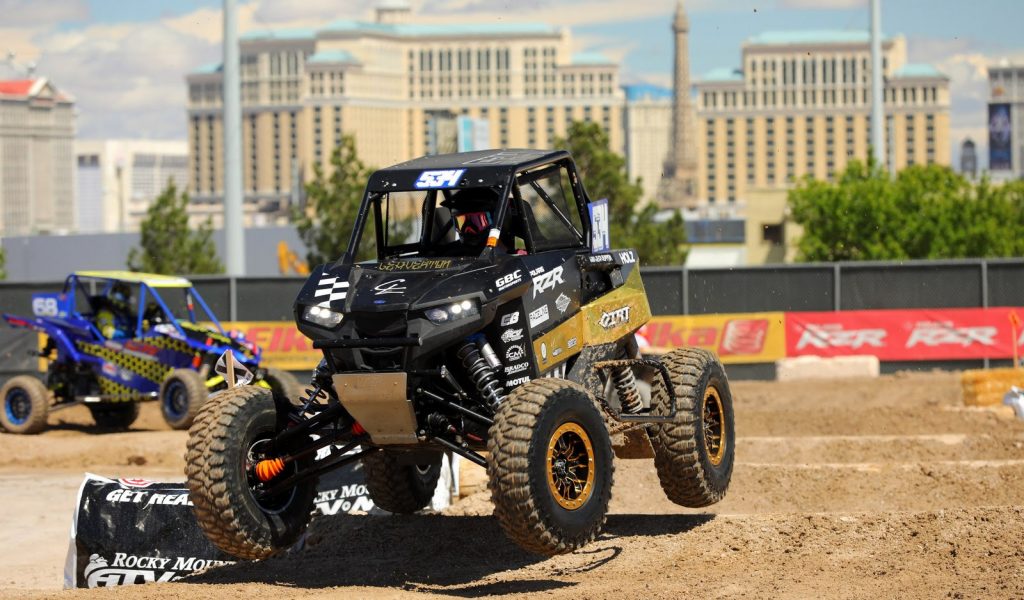 Haagsma has had bad luck all season so he elected to make major changes for the Vegas round, running a brand-new Polaris RZR RS1 in both the Pro and Pro Stock races. He finished second in the second group and third on adjusted time. “The RS1 is a lot different, but it was a lot of fun,” said Haagsma. “It fits the track very well. We’ve had some tough luck, so it was nice to get back onto the podium. The course was pretty close to the same layout, but it was definitely better than last year.”

The WORCS SXS classes next head to more traditional digs, with round five being held at Mesquite MX east of Las Vegas. That race is scheduled for May 17-19.

YAMAHA IS TEASING A NEW MACHINE; HERE’S HOW TO LEARN ABOUT IT FIRST