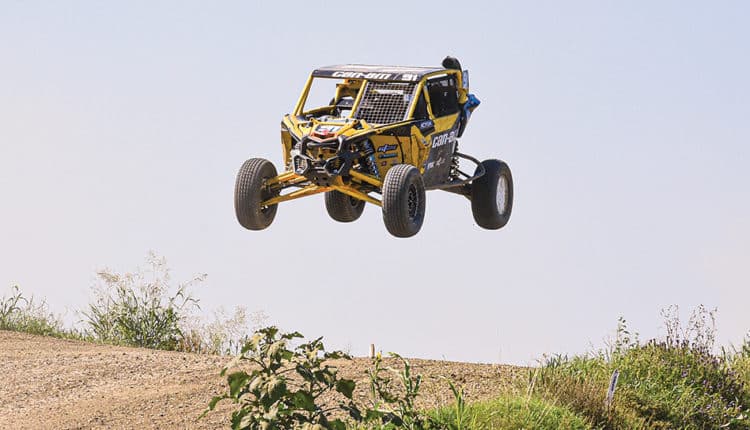 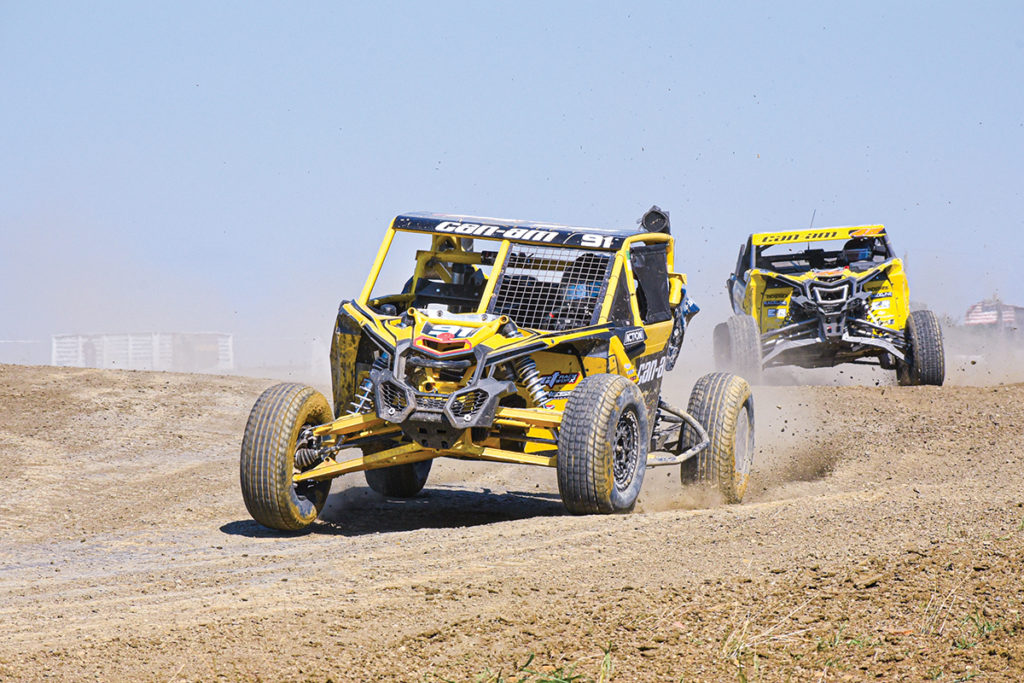 The X3 72-inch Short-Course kit includes the racing cage, roof, doors, nerfs, bumpers, dash, bed delete and firewall, and the panels are attached with Dzus fasteners. CTR has both tubular and boxed suspension arms, and Kyle went with the boxed, high-clearance, high-strength upper and lower A-arms. The arched arms are claimed to offer the most ground clearance, and the CNC design has troughs for axle clearance. Upper and lower A-arm pairs are $1990 with bare steel and eight bushings. Eight powdercoat colors are available for another $30. Gen 2 uppers have added tabs for Smart-Shox models. CTR also designed its Mother Of All Bulkheads (MOAB) for Chaney. The MOAB uses three-piece, CNC-machined, 50-grade steel and is double the strength and rigidity of the stock bulkhead.

CTR’s Bombproof upper-shock mount actually boxes the X3 shock tower and ties the two-piece frame together for added strength. Double-shear shock mounts also strengthen the front end. The sheet-metal bracket is 50-gauge steel, and it bolts to the billet 6061 shock-tower brace with Grade-8 bolts. MSRP is $290. CTR also strengthens the front end with its Bombproof frame gusset kit. The five-piece kit is constructed of 50-gauge steel plates with threaded 4130 chromoly weld nuts, replacing the OEM studs for the lower A-arms. A plate rides above the front diff to tie the upper and lower A-arm mounts together and to eliminate the floating OEM design for rigidity and better handling. Installation takes about five hours, and Grade 10.9 metric hardware is included for $295.

CTR’s billet X3 tie-rods are made of 1 1/8-inch 7075 billet aluminum and use the OEM outer rod end. They have a lifetime warranty and are $110. Normally, they’re sold raw, but Kyle’s are powdercoated yellow. In back, Chaney has CTR’s chromoly radius rods ($885), which are made of 1.25-inch, 120-thickness, 4130 chromoly tubes with Tig welding. The lowers are fixed on both sides using uniballs for strength and durability. The upper and middle rods have FK JMX-series joints with PTFE liners and 303 stainless steel misalignment spacers and are adjustable for toe and camber. They have a lifetime structural warranty—but not for impacts.

Chaney also runs CTR-boxed trailing arms as part of the Short-Course package, and he runs the CTR billet-proof radius-rod plate with tow ring and steel plate ($175). The base plate is 1.25-inch 6061 T6 aluminum, and the 1.25-inch 7075 T6 aluminum tow ring is pressed into the base and then bolted from the backside with 1/2-inch fasteners. CTR added a 3/16-inch steel plate with enough room to weld a 1.75-inch tube to it; it bolts on with four 3/8-inch bolts.

Chaney runs Fox Factory Race Series RC2 2.5 front ($1,849.99 a pair) and rear ($2,349.99) Podiums with Eibach springs. RC2s have 7/8-inch, hard-chromed shafts; Kashima-coated, hard-anodized bodies; and PTFE-lined spherical bearings. They also have high- and low-speed compression adjusters plus rebound. CTR has Eibach spring kits for $750. Kyle runs the Stage 3 Pro-UTV kit for heavier loads and higher speeds. CTR did the race build around E2R’s adjustable rear torsion bar ($650). For Texplex, he runs the stiffest position with E2R links. The #91 X3 also has an air passage to the right of the front diff that feeds the CBR radiator, and a hole in the rear firewall cools the turbo and right rear shock.

Kyle replaces the front knuckles with Hess billet-aluminum knuckles; the aircraft-grade aluminum pieces have threaded-in bearing cartridges that eliminate the weak OEM snap-ring setup. Each knuckle comes with a wheel bearing and has added material for extra strength but is still lighter than stock. Better yet, the included bearing tool allows changing bearings without removing the knuckle. They’re $800 each or a pair for $1500. Kyle also runs Keller ball joints ($533.96) with 4340 hardened steel construction, and they are adjustable and grease-able with replaceable boots. Chaney runs the Hess 2:1 steering quickener ($650), quick-release steering wheel hub ($90), and flat steering wheel ($90) with suede on the 14-inch wheel.

His office has a PRP suspension seat, and he reads with an Aim MXM compact digital logger that shows lap times, speed, rpm, gear and much more. It has a nine-axis gyro and accelerometer, integrated GPS and tracking, four math channels, and ECU connection. MSRP is $1099. He has a Rugged Radios clean-air pumper and hand-held radio for race communications. 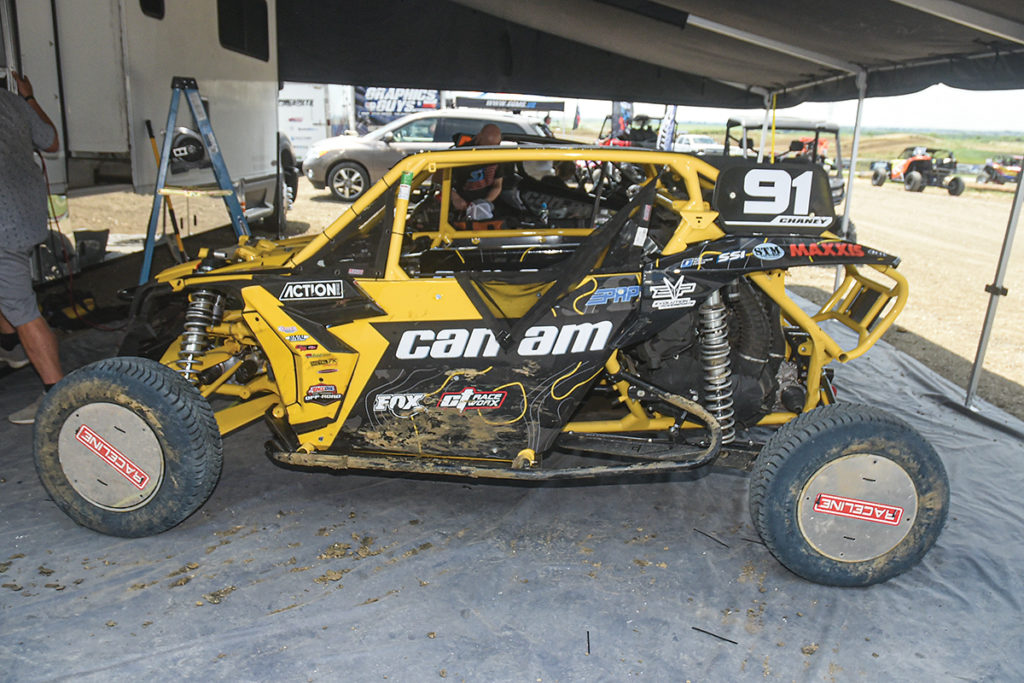