ON THE PODIUM: LOORRS ROUND 7 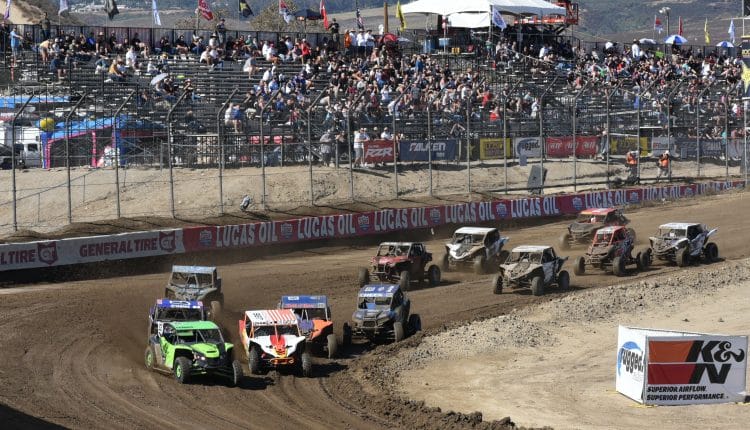 The LOORRS UTV Pros returned from the summer break to Glen Helen Raceway for round seven of the series, and Robert Stout was looking to extend the Production 1000 points lead over Brock Heger he gained at the previous two rounds. Stout was top qualifier with Heger third, but the start order was inverted with Stout starting sixth behind Heger. Brock got a great jump on the start and was challenging Brandon Arthur for the lead by the second turn, but it took more than a lap to take the lead. Stout was sixth at the mid-race caution and had to battle his way past Myles Cheek, Robby Hornsby, Billy Nichols, and Arthur to take second over Hornsby. Yamahas took the top six spots, with Heger not gaining points on TQ Stout.

In Pro Turbo UTVs, Ronnie Anderson was top qualifier, and his time was only a half second off of Pro-Lite TQ and former UTV champion Ryan Beat’s! Points leader Corry Weller qualified fifth. Eliott Watson took the early lead ahead of Anderson and Trevor Leighton with Weller fifth. Anderson quickly took the lead with Leighton on his tail, and the two battled the entire race. Anderson over-rotated in a turn and Leighton pounced, with Weller in third. The top three drove smart the rest of the 12-lap main with Leighton and Anderson scoring a Polaris 1-2 and Weller maintaining her points lead with a third.