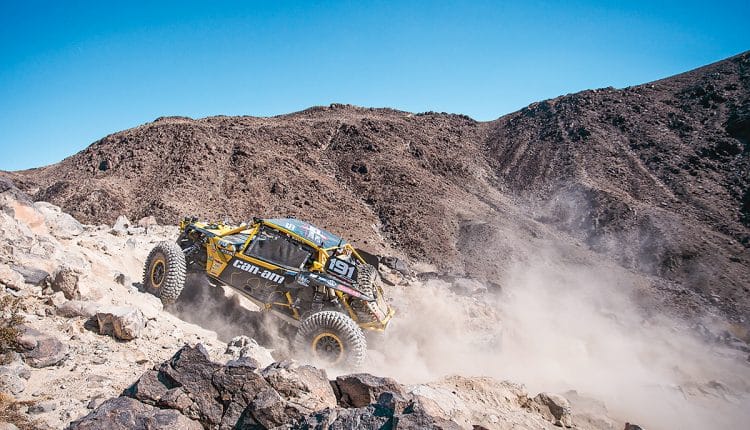 MAY THE UTV FORCE BE WITH YOU!

MAY THE UTV FORCE BE WITH YOU!

May is a great month for getting out in our UTVs, and enthusiasm for the UTV sport is at an all-time high in 2022. Mickey Thompson Tires is joining the fun with seven Great American Crawls this year, with the May round exploring Arkansas’ Hot Springs Off-Road Park the 20th–22nd. Kanab, Utah, will host the Red Rock UTV/ATV Jam on the 4th–6th, and the trails and scenery are awesome. The UTV Rally at Arizona’s Mormon Lake Lodge returns on May 13th–14th, and Utah’s Rally on the Rocks becomes the SxS Adventure Rally On the Rocks on the 11th through the 13th, moving to Sand Hollow State Park. Bring your UTVs and watercraft for cooling off on the reservoir. Brimstone’s White Knuckle Event returns on May 22nd–24th with some lucky winner taking home a Yamaha UTV!

Racing is also in full swing in May, with the World Off-Road Championship Series celebrating its 20th anniversary with a party weekend May 20th–22nd at Utah’s Three Peaks Oasis near Cedar City. SxS Sports will hold its King of the Elements Short-Course round May 14th–15th in Lena, Wisconsin, and Great American Short-Course will hold its third and fourth GAS rounds the same weekend at California’s Glen Helen Raceway. Also the same weekend, the Texas Outlaw UTV Series will hold its third 2022 double-header weekend at Texplex Park south of the Dallas Metroplex. Ultra4 travels south to San Felipe, Baja, Mexico, for its second western regional round the 20th-22nd. MidAmerica Outdoors celebrates Memorial Day weekend at Jay, Oklahoma, on the 28th and 29th.

Cross-country racing is also in full swing this spring, with Iowa ATV Hare Scrambles visiting Fort Dodge, Iowa, the 14th and Wauzeka, Wisconsin, the 28th. Those two weekends will also see Mideast Hare Scrambles racing at Martinsville, Virginia, and Boonville, North Carolina. IXCR will be at Canaan, Indiana, May 14th–15th, while Midwest XC will be in West Terra Haute on May 21st–22nd. California racers can stretch their throttle cables the 22nd at Barstow, and VORRA hits its midseason at Yerington, Nevada, on May 20th–22nd.

UTV racing has been off the hook so far in 2022, starting off with the Dakar Rally in Saudi Arabia, which we covered last month. The 12-stage rally saw Austin Jones lead an all-X3 podium in the SSV class and become only the third American to score an overall win in the prestigious event. Also, Seth Quintero set an all-time record for stage wins—11!—in his Red Bull OT3, competing in the Light Weight Prototype class. There were 47 SSV entries with an astounding 44 finishers and 55 LWPs with 44 finishers. That’s 102 UTVs.

The Mint 400 returned in March to Las Vegas, and pre-entries at press time were up to 99 UTVs across 12 classes. UTV Pro Turbo was the biggest class with 32 pre-entries, more than any other class. Unlimited Trucks and Unlimited Spec Trucks combined were 31 strong, while there were 32 Youth UTVs across six classes. And, NASCAR Camping World Truck Series driver Hailie Deegan returned to her dirt roots to drive a trophy truck. Another Deegan also made news at Ultra4’s Hammertown. Brian Deegan, the general of the Metal Mulisha and now a Can-Am athlete, won the first-ever King of the Hammers Can-Am UTV Grudge Match.

In the King of the Hammers UTV race, Can-Am again swept the podium, with Kyle Chaney winning by 20.5 minutes over Hunter Miller and Paul Wolff in third. Then Cody Miller lined up against the premier 4400-class drivers and machines, finishing eighth overall in his Miller Motorsports Maverick X3. UTVs are becoming such a force in racing that Ultra4 split UTV classes for the first time, and Honda pilot Bailey Cole became the first Talon 1000R racer to score the Pro NA class win at the Hammers. Cole was also 14th overall UTV and beat second Pro NA by 40 minutes. King of Supercross and Kawasaki brand spokesman Jeremy “Showtime” McGrath was second Pro NA in a Teryx KRX1000. There were 129 UTV entries at KOH, once again more than any other type of OHV.

Yes, May is a great month for wheeling a UTV, and the sport will continue to get hotter over the summer. May your 2022 UTV experiences be as fun and successful!