Hunter and Cody Miller have dominated the 2021 $200,000 Texas UTV Race Series at TexPlex Park, with Cody winning three Pro Turbo rounds and Hunter winning the other two runs thus far. So, Cody leads Hunter in series points—117-104—at the halfway point of 2021. This is a reversal of 2020, with Hunter winning four rounds and the Pro Turbo title over Kyle Hart, while Cody was third in points with one win. We caught up with the Millers at round five to get the scoop on their factory Can-Am XPS Maverick X3 Turbo RRs, which were built by S3 Powersports with Teixeira Tech suspension. Here’s what makes the Miller Brothers’ X3s so fast.

Cody uses Teixeira’s 64-inch X3 suspension, and the A-arm kit ($1,149.95) has the same construction and features as the 72-inch A-arm kit. Teixeira’s 64-inch trailing arms ($1,949) have the same 4130 chromoly construction, high-clearance design and components as the 72-inch version, including 17-4 stainless-steel misalignment spacers. Hunter used this setup to win the 2020 KOH UTVs. Both Millers run Keller ball joints ($533.95) for added strength; they are made of 4340 hardened chromoly and covered by a lifetime warranty.

The Millers use Hess Motorsports 2:1 steering quickeners ($650), which have 6061 aluminum housings and bring the steering wheel closer to the driver. The replacement shafts for the quickeners are $130. They also use Hess’ D-shaped steering wheels ($90) and quick-release hubs ($90). Hess also supplies the X3 billet front knuckles ($750 each) that eliminate the weak wheel-bearing snap-ring setup with threaded-in bearing cartridges. They’re made of aircraft-grade billet aluminum and hard-anodized. Hess also has a new X3 steering brace that eliminates the OEM clevises in the steering rack, and the Millers also upgrade that with a billet brace in addition to the Hess billet X3 rack support ($480). 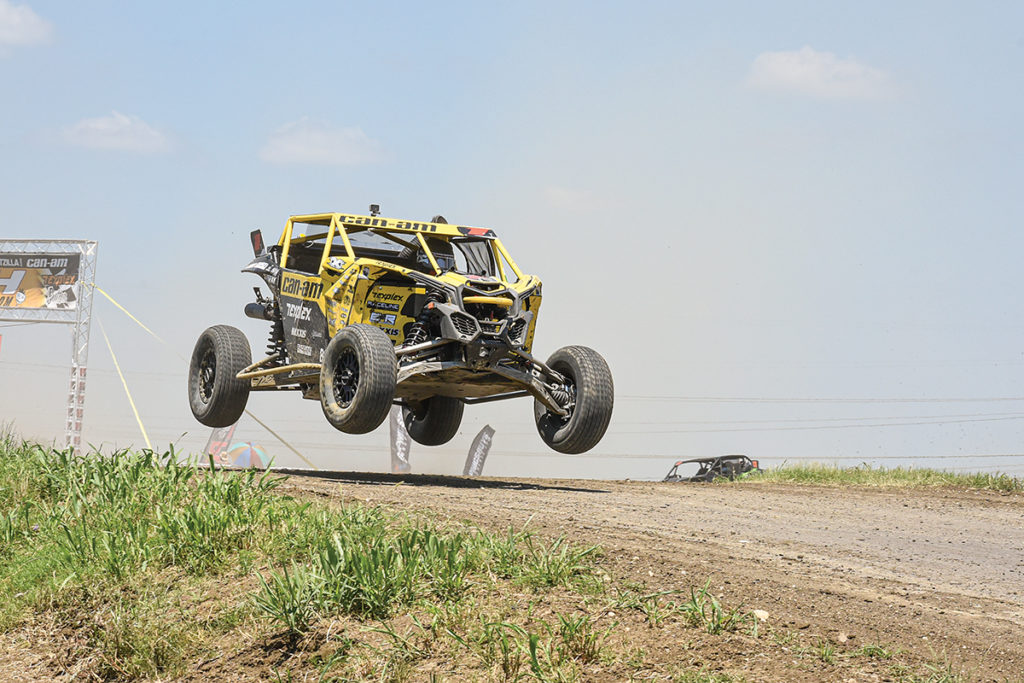 Hunter and Cody run the Hess X3 rear knuckles ($750 each), as the OEM knuckles have weaknesses in that the middle radius-rod mounts and wheel-bearing snap-rings loosen. The Hess billet-aluminum knuckles have double-shear toe links and thread-on bearing caps for the installed OEM wheel bearings. They are strengthened in critical areas and have OEM spherical bearings installed. They are also hard-anodized for durability and use OEM hardware.

Hunter and Cody replace the stock Fox RC2 IBP shocks with Elka Stage 5 shocks (2.5 front, 3.0 rear: $4,799.98), and Double E Racing tunes the shocks and the Double E Racing rear torsion bars ($650). Hunter runs dual-rate Eibach springs on his Elkas, front and rear, while Cody has a triple-rate Eibach setup on the rear of his #3 X3. E2R does the valving on both and also tunes the cross-over rings and rear torsion bar for track conditions.

The Millers run HMF Performance Titan SS slip-on mufflers ($909.95) and X3 nerf bars. Evolution Powersports does their ECU tuning ($549–$1149), and both run Aim MX-UTV digital dash loggers, which include an infrared belt-temperature sensor and also use GPS for speed, position, lap times and even track data. They have two LED alarms and even do predictive lap times. Hess has them for $599, and Hunter mounts his on the dash to the left of the OEM X3 gauge, while Cody mounts his on top of the dash under the cage pillar.

They use Sparco Pro 2000 seats and harnesses, and PCI RaceAir Boost clean-air pumps. S3 also does the aluminum dash and passenger-side aluminum housing over Sea-Doo GTX fuel cells, which are secured by S3 cages. The older GTX fuel tank holds 13 gallons, which the Millers run for short-course races, while the new GTX tank holds 18 gallons, which they use for 12-hour races and KOH. 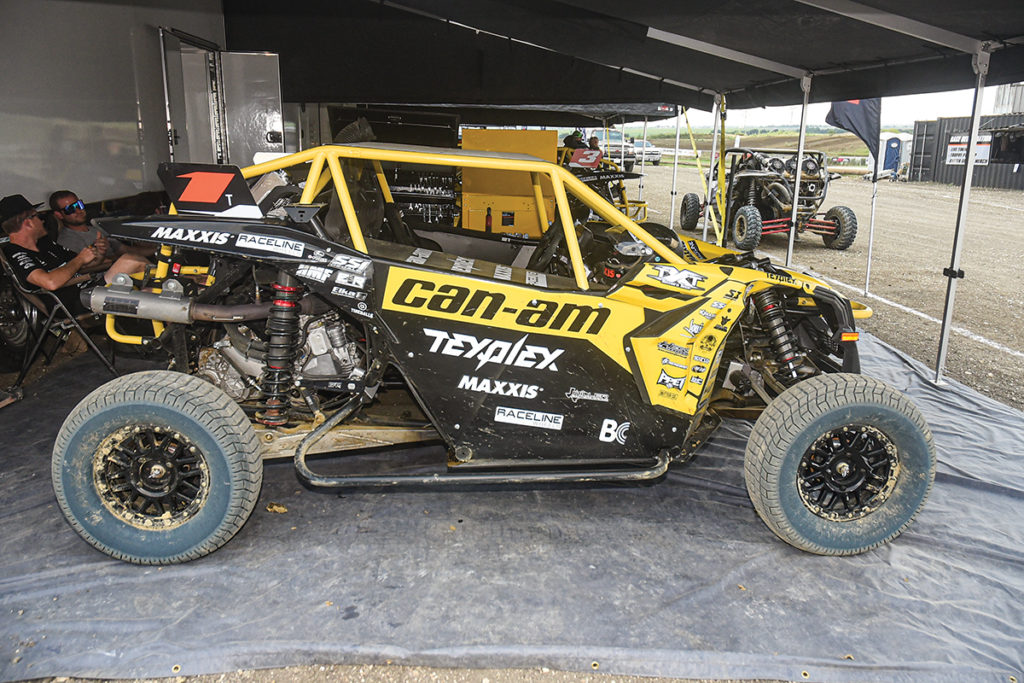 WHAT HAPPENED TO TEXPLEX PARK?