Checking out their latest UTVs 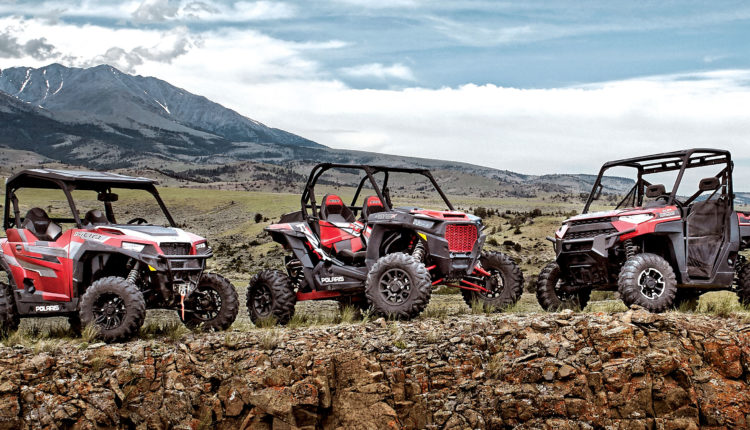 Polaris dropped the price of the base RZR XP 1000 EPS from $19,499 to $17,999 and the price of the four-seat RZR XP 4 1000 EPS from $22,299 to $20,499 for 2018 without pulling any performance out of the standard-setting sport UTVs. Their naturally aspirated, 999cc, double-overhead-cam, eight-valve, inline twins put out 110 horsepower. These 64-inch-wide machines have 16 inches of front suspension travel from 2-inch, compression-adjustable Walker Evans piggyback reservoir needle shocks. Trailing-arm rear suspension with 2.5-inch, compression-adjustable Walker Evans piggyback reservoir needle shocks yields 18 inches of travel. A new accessory key position lets you run accessories without draining the battery. New colors for the 2018 XP 1000 and XP 4 1000 are Black Pearl/red and White Lightning/Optic Yellow.

THE REST OF THE RANGER FAMILY

Polaris’ 2018 youth UTV lineup includes the two-rider RZR 170 for $4799 and the single-rider Ace 150 for $3799. Both machines are two-wheel drive and have fuel-injected, air-cooled engines. They also both have independent front suspension and swingarm rear suspension.

A Guide To UTV Racing