MY BRIEF HISTORY OF STADIUM RACING 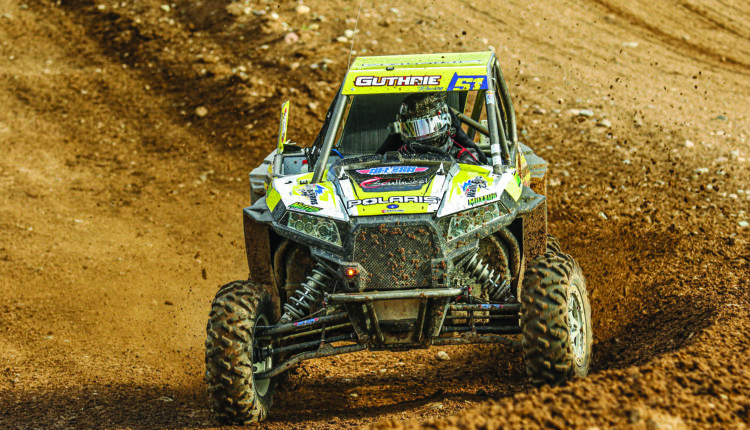 MY BRIEF HISTORY OF STADIUM RACING

Coming from a family of off-road enthusiasts, I was blessed to witness the start of stadium racing, or short-course, in America. My brief history of stadium racing begins in the mid 1960s, we lived south of Houston, Texas, and some of my earliest and happiest memories were of going to the Houston Astrodome for demolition derbies and to see Evel Knievel’s jump-and-thrill show. Later, we went to American Motorcyclist Association (AMA) Grand National dirt-track openers, featuring both short-track and TT Steeplechase, and were amazed at the riding of greats like “King” Kenny Roberts, Jay Springsteen, Steve Wise, Bubba Shobert and Ricky Graham.

My dad had started racing Rough Scrambles earlier in the ’60s on a chopped Honda 305 Dream, and about that time a group of VW drivers from Nevada began exploring Mexico’s Baja Peninsula and would eventually start the iconic Score Baja 1000 desert race. I got my first motorcycle in Texas, but we soon moved to Colorado and then California, which had a booming Grand Prix circuit, including the Lake Elsinore, Catalina Island and Big Bear GPs. We camped and rode in the Mojave Desert, and the start of the 1970s saw the introduction of motocross to the USA. I was hooked, and Dad bought me a 1969 Penton 125 Six Days.

Back in Texas and later Virginia, I raced the MX tracks of the day, and motocross soon gave birth to Supercross. Stadium racing was a huge hit with racers, fans and the powersports industry. I raced throughout high school and wanted to turn pro, but my parents insisted I go to college instead. Four years later, I bought a ’79 CR390 Husqvarna and returned to MX racing. That year the L.A. Coliseum hosted an off-road truck and buggy race—the first of its kind. Working in the oil field, I would race on my days off and shoot local races for Cycle News and local racing papers. I covered a couple of rounds of the Dallas SX in the early ’80s and decided that I wanted to fulfill a childhood dream of working for Dirt Bike magazine.

In 1985, that dream came true. At Anaheim Stadium in 1986, Ricky Johnson and David Bailey put on one of the greatest SX races ever, and intermission had an exhibition for the Mickey Thompson Grand Prix series, which brought a “Chunk of Baja” into our living rooms. I was hooked yet again, and the MTGPs soon crowned a new Superlites champion named Jimmie Johnson. Switching from Honda to Team Chevy, Ricky Johnson did an exhibition at the San Diego SX and perfectly down-sloped the finish-line tabletop in his Trophy Truck. RJ convinced Chevrolet to hire this Jimmie Johnson kid, the son of his practice-bike mechanic.

Man, those were the days, and now Jimmie Johnson is one of the all-time NASCAR greats. The MTGPs were the place to be in the ’80s and ’90s, with ATV Action test rider Don Turk landing a factory Yamaha ride to race Banshees, and Dirt Bike test great Jim Holley becoming a two-time MTGP Ultracross champion. The MTGPs also groomed Jeremy McGrath, the future “King of Supercross.” The MTGPs are long gone, but short-course evolved with the CORR and later TORC series visiting Crandon International Raceway over the years.

In 2009, the Lucas Oil Off-Road Racing Series (LOORRS) was born, and the UTV-class results from that year included Corry Weller, Todd Romano, and Robert VanBeekum, along with truck champion Doug Mittag and buggy great Chad George. The 12th season was an especially hard one for LOORRS, but they managed to overcome COVID hurdles and hold 10 rounds, crowning Weller Turbo champion and Myles Cheek Pro Stock 1000 champ. It’s super sad to see LOORRS succumb to COVID, as it was the absolute peak of short-course racing.

As I wrote in the September 2019 “Behind the Wheel,” LOORRS was all about equality in racing, and its rules package and racing format were designed for the closest racing possible for television. Engine modifications were minimal, and engines were sealed. Each new UTV was carefully studied, and faster machines had weight added to make each class fair. Weight was checked at tech for each weekend of racing. Points were awarded for the top-five qualifiers, but then crew chiefs drew numbers to determine what the inverted starting order would be, with the idea being that the fastest would have to come through the pack to earn points in the main.

Halfway through each main, the caution flag flew to tighten the pack and prevent boring, runaway wins. Rough driving would draw penalties, but close racing was rewarded. In fact, most rules were for the safety of racers, track personnel and the media. Ride height was even checked in tech so racers wouldn’t slam cars so low for turning that they bottomed on jumps and compressed their spines. My brief history of stadium racing isn’t all good. When racing resumed in 2020, COVID concerns were taken just as seriously, so it’s as disheartening to see LOORRS close up shop as it is to see Jimmie Johnson’s last year be so fan-scarce.

With no more Lucas Oil Off-Road Racing, where will Corry and Myles go in 2021? Check out the “Guide to the 2021 UTV Racing Series” starting on page 60.

WHERE TO RIDE: YOUR LOCAL OHV AREAS